I’m teaching 2 students with autism making the same mistakes for body language. They have to be able to match the hand gestures of professional speakers. They simply can’t.

Outside of his hunch, the students have to do it exactly

The hardest thing is to copy exactly like a painting…

But no matter how many times they try, they often do a fucked up version I called a PROTOTYPE

A prototype means like a rough version of their own version.

This is universal among impossible cases

Sometimes this has affected their job, turned off women etc.

They had to study multiple body languages, it wasn’t just one speaker.

They have to study 4 speakers or something.

THEY DON’T STUDY HITLER, BUT HE WAS CERTAIN IN HIS VOICE AND HIS HAND GESTURES MATCHED IT.

This mofo got an entire nation to well cook another nation.

I know that sounds fucked up, but this is the power of public speaking.

I’M TRAINING THE STUDENT TO WIN HIS 4TH TOAST MASTERS. AFTER HE WINS THE 5TH HE WILL BE WORLD CHAMPION.

When he is world champion, then I can say I trained the winner of 2020 toast masters. We will see depending on how well he does

But i’m also training 2 students at the same time, actually 3 today. But 2 in hand gestures and public speaking.

NOW THIS STUDENT WAS LIKE FUCK, I THOUGHT I WAS SO GOOD AT PUBLIC SPEAKING…

He thought he was gifted…

WITH AUTISM, PEOPLE DOESN’T KNOW HOW BAD THEY ARE…

WHAT I LEARNED ABOUT TEACHING IMPOSSIBLE CASES. THEY LACK DEPTH IN THEIR THINKING 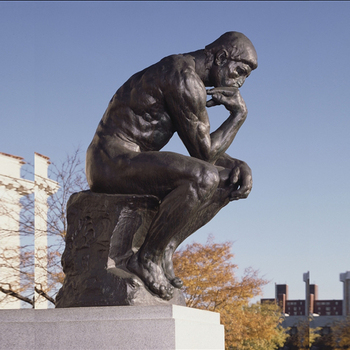 What I have found was, they don’t know how bad they are. They literally see in a 1D world, not 2D or 3D or 4D.

I went to get a test for autism and Aspergers, they laughed at me. You are too bright John.

No way, we aren’t giving you any diagnosis. Get out of here.

Dude actually was the one who discovered Adrenal was good for ADHD.. Then the world used it, it was that doctor.

I didn’t understand what he meant by not bright.

I didn’t understand it before. But there is no depth to their thinking and they really think they are pretty damn good.

It is almost shocking when they realized when I point out their mistakes.

I even show them other professional public speakers…

It is all a skill.

You can’t tell yourself that you are enough.

That isn’t enough. You have to put in the work and practice it. Kaizen

WHAT IS THE CHINESE 3 HANDS?

It doesn’t mean you have to be Chinese to use the Chinese 3 hands.

WHAT IT IMPLIES IS THAT IF YOU DO THE SAME HAND GESTURES, LIKE LETS SAY YOU RAISE YOUR HAND AND YOU POINT IT OUT AT 45 DEGREES TO THE SIDE

It might look weird, but what if you did it 3 times in a row?

What causes you to repeat these weird hand gestures?

Is it Autism? Not sure, but lots of hardcases Aspergers and even Autism has it.

WHAT IT MEANS IS, IF YOU DON’T KNOW HOW TO MOVE YOUR HANDS, YOU JUST THROW YOUR HANDS OUT THERE AND OFTEN TIMES YOU WILL DO THE SAME MOVEMENT 3X IN A ROW OR MORE…HENCE IT IS CALLED THE CHINESE 3 HANDS

This scares women a lot, it looks weird unless you have high SMV

FOR THOSE WHO HAVE MY PRODUCTS OR THINKING ABOUT IT. RECORD YOURSELF TO SEE IF YOU HAVE THE CHINESE 3 HANDS

SHOULD RENAME IT TO THE COVID 3 HANDS, AM I RITE? (Joking) Get it, it is the Chinese virus, lol

Try to copy that Tony Robbins video. Its hard, but when you complete it, you will see it is hard to get it exactly.

Also, if you try to do it yourself and give a speech, the Chinese 3 hands pops up everywhere.

You never see this with any public speakers ever.

Public speaking is a skill. So its good to work on it.

OFTEN TIMES THE STUDENTS CAN’T SEE THEIR OWN MISTAKES IF THEY ARE IMPOSSIBLE CASES. I TELL THEM TO IMAGINE IT WASN’T THEIR VIDEO, BUT IT WAS SOMEONE ELSE

When I tell them that, they are like… wtf was that? That was my video?

Its hard to tell if you look though it with your own ego.

But when you see it without that, but as if it was someone else.  You see something entirely different.

Its almost like that ego can hijack your sight.

Also you can’t see the mistakes until you pointed it out.

Everyone likes the smell of their own farts.

But until they realize they really stink at it.

Hope you learned something, use the time to practice. When the gates opens, then start approaching.

For some of you, this is the right time to train.

You don’t know how much depth there is to my training.

Do I really have to?

UPDATE: I DON’T HAVE TIME TO GO ON YOUTUBE LIVE TODAY. I’M TRAINING THE STUDENT TO WIN THE NEXT TOASTMASTERS AT THE 25TH

The Indian student now has a renewed contract with his work. This course literally saved his life during the corona virus for Elite 60.

In fact the Indian guy with his new hand gestures and congruent movements in his body is going to surpass the other guy doing public speaking.

For me, if you look at all my Youtube lives lately, its all 100% for likes. Even after a month. This is a skill.

I’m not sure if I am a natural at it or born at it. But like Elite 30, that’s really all i’m teaching. It seems to be extremely transferable

ITS THE SECOND LAST DAY OF ELITE 60, THE STUDENT NEEDS TO PASS THE FINAL ASSIGNMENT