Dear diary, this is how I treat my blog. I just write what is on my mind. Something that has bother me lately is these so called best daygamers in the world list. I’m always on these list as the best on these facebook groups. But what bothers me is how people doesn’t realize race does matter.

Most of the people on these list are white. Second thing that bothered me so much was how most of them actually doesn’t have any proof of lays or approach to bedroom. They just self proclaim stuff without any proof. Or write fake lay reports and you believe them.

I don’t hate white people. Most treat me well in Europe. In Lativa, since i’m the only Asian they seen. I noticed a bit of stealth prejudice. But when a country is full of white people, its always peaceful. When you have minorities, it always spirals with crime. So yes I do think white people are civilized. If you aren’t talking about those who has yellow fever who tries to conquer Asian women.

WATCH THIS VIDEO ON MY YOUTUBE CHANNEL. A LONDON IMMERSION STUDENT GIVES YOU THE LOW DOWN ON WHY LONDON DAYGAME COACHES ARE NOT REALLY PUAS, BUT JUST MARKETERS. WHO HAPPENS TO USE DATING COACH TO SCAM AND MAKE MONEY. WHILE STUDENTS WHO ARE MINORITIES SUFFERS.

I’ll give you some undeniable reasons why I think there was something wrong with white dating coaches. When I saw this list of the best PUA daygamers in the world. Actually why are most of them white? Also, everyone kept saying, oh their stats were so good, or they have lay reports. This bothered the hell out of me I had to say something.

Medical errors are underestimated and could be the third leading cause of death in the U.S., say doctors calling for more transparency internationally.

If confirmed, and if deaths from medical errors were considered a disease, then medical errors would rank as the third leading cause of death in the U.S. after heart disease and cancer, based on the U.S. Centers for Disease Control and Prevention’s list, the researchers say.

Also, United States are always in the top 10 list of most obese nations in the world. If the United States is so unhealthy, then what the hell are the doctors giving such bad advice about health? Maybe like RSD, its idealistic thinking and it just sounds good. But doesn’t get the results in the field, like my student results.

Second interesting fact, these so called doctors doesn’t have the stats to support they can out live their patients. Doctors live on the same level averagely. There are nations around the world who lives much longer. So like white dating coaches, if they knew everything, then why can’t they live longer? Maybe they don’t know everything.

If you go to rate my doctor, not all doctors have the same score. Some are better than others. My doctor has some of the lowest scores but I go to him rarely, maybe once every few years because he is narcissistic and cold. But he treats me well after I called him out. So many people died due to his misdiagnosis of cancer, but people trust him.

You trust all doctors without question. Even if they are the third leading cause of deaths.

You minorities in London and Europe all trust this con artist who was caught faking an infield. You trust them like doctors without questioning them because you are stupid and easily marketed to.

Tom Torero caught faking paying for an actress. Yet you still act like apologist saying he has game. Saying it only happened once. There is something off with your mind or you are easily manipulated.

2. You demand proof from negative stereotypes from me and Deepak Wayne. You automatically assume white dating coaches gets good results. They are the least proven in the industry. You just assume.

They might just be marketers using dating coach as a platform to make money. I am not a marketer, I am a dating coach that gets you laid in daygame. I do very little marketing outside of writing on my blog now like a diary.

What basically happens in this industry is for a white dating coach a phone number close is impressive because you assume something good will happen. Often times it doesn’t. Imagine a sleazy car salesman or someone at the mall trying to sell you internet connection. You say you will think about it and they will call you. You just flake on them later on saying you can’t. 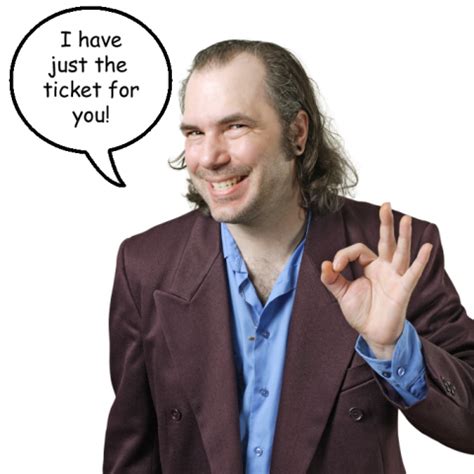 So what you call IOI’s or positive reactions are really just a girl acting overly cool right before she flake on the deal. Or the dates will lead to a flake or radio silence not going anywhere. When they get an instadate, it is like the biggest news of the world.

Also, don’t get me started on white dating coaches who walks with a girl during an instadate. Then they walk like they are going home. But nothing happens. He didn’t even get her into his place. It was just cut half way of the instadate then it is a pull? Wtf.

WE MINORITIES NEGATIVE STEROTYPES HAVE TO PROVE EVERYTHING AT WAYNE DATING LIFESTYLES AND YOU WHITE DATING COACHES HAVE NO PROOF. OBVIOUSLY THIS ISN’T FAIR BECAUSE ITS ASSUMED THEY GET LAID WITH GOOD RESULTS.

This HB 8.5/10 was a girl I banged when I pulled 2 girls home on my students bootcamp at his hostel. Then I banged one of them in the bathroom.

2 SDL in one day before I left for London.

IF YOU LOOK AT THE LIST OF PUAS WHO ARE CONSIDERED THE WORLDS BEST DAYGAMERS. YOU SAY SOME HAS A GOOD VIBE AND SOME HAS A GOOD GAME. BUT WHY AREN’T YOU LOOKING AT THEM THEY ARE A HANDSOME GOOD LOOKING, TALL STRONG, WHITE POSITIVE STEROTYPE?

I’m in this video as a coach for the company. Deepak and I are listed and shown there. It makes a good point that we don’t have as much looks or status if any.

3. Last point for this post. Everything matters. Most of the white guys didn’t realize this at all. They are oblivious to it. Even the Asian minorities. If they can get results they don’t show.

Most likely their girls are dog shit ugly or London Daygame and RSD shit doesn’t work for daygame for minorities. Then why don’t we call out the elephant in the room. If you are her type, you have a higher score ranking in race, looks, you need less game.

The reason why I can beat most of these white dating coaches. Sure they can get some okay looking girls from time to time. But mostly dog shit ugly. Usually not above their looks scale. I get them above my looks scale. Why? I touch and they don’t. I kino and I flirt. There is no flirting for them. They don’t know how. They confuse teasing with flirting calling it cheeky. That isn’t flirting. Its just more god damn number closing bullshit.

Don’t get me started on the testimonials. You guys don’t even care about all the testimonials. In your tiny little minds. You don’t see a correlation my game on that scale is like 9//10 or 8.5/10 vs 2.5/10. Wait for part 2 of the blog post. If you want to consider who are the best daygamers, consider some of these factors.

I have a lot more lay pics that are screenshot from videos from Deepaks hidden cameras in the bedroom. I need to get one when I get home. Still, why not show some proof white PUAs? Get off your high horse saying you are a gentleman and they never remember bullshit.

We negative stereotype minorities have to prove everything. Its not fair, but how does that make you the best if you can’t show the girl from beginning to end because she is way lower on the looks or smv scale than you. You would get embarrassed posting her on youtube.

Tbh, some part of me is happy to get recognized finally for my hard work and skill. Over time you will know me more.

I’m statistically the worlds best dating coach. Get the fuck off my throne. You are just borrowing it until the world realized there is a third Wayne who is way better.

For bootcamps, its filling out extremely fast. 2 spaces for Sept and one left late Oct. These are longer bootcamps. I have to update the bootcamp page eventually. Check it out here.

I’m a scientist. I get 5-6 same day lays per month. I get less when teaching, but it really takes me one or two approaches now. I don’t buy into the spam approaching theory. This isn’t just self proclaimed but documented. Luckily Europe is easier a bit. I’m not penalized for my race as much here as in North America.

But I have no theories, I split test. Whatever data I put out there, is from the field testing. You might not agree with it, but its like disagreeing with psychological studies itself, the science of it. Then with the science, I designed a program from it and adapt it. If I projected my theories of what is right or wrong, I bypass the science. Race is part of that science. I also know if they compensate with fashion and social skills it works. Without fashion, just social skills, it wouldn’t. Even with fashion and social skills, using London Daygame or RSD it won’t work. I don’t have opinions as facts, that is what sociopaths do. Of course race matters. You can compensate for it of course. Maybe I should go to every single white dating coach pages and copy their testimonials. Then show how they have none of students getting laid because of they did a year later. Its just luck that can happen so they don’t get the testimonials for direct game.

Asian men and black women has the least replies online. If we take away personality or social skills. It comes down to race. Asian women are most preferred and white women. I deleted the reply because I don’t care about validation anymore and care what people thinks. Fuck em. If their stuff they say can’t pass the court test. It doesn’t hold up, its just an opinion as facts. Well, not my problem. The court test is a cognitive behavior therapy test. If you can’t explain it in front of a jury. If I claim I am the best dating coach for daygame for getting my student results or laid. I can prove it in court. Is there someone better, no they can’t. Also the Asian stats for dating online is another thing that can pass the court test. Most deluded opinions from sociopaths can’t pass the court test. This court test is part of one of the days of the 60 day challenge. It helps deluded people to focus on reality vs their sociopathic belief system.

I deleted a lot of my post about it. I’ll talk more about this court test in the future. But white dating coaches can’t pass it because they have no evidence of success in daygame. Its the real metrics of skill, not privileges. Being her type, isn’t really game. Its just filter and escalate until one comes home with you in a club. I mean, its similar to tinder, swipe left and right. But obviously the white guys has an advantage here in almost every country in the world. But there are ways to even the odds. I am a living example. I don’t have to win at all cost against nobodies. I already won. Its just the other guy can’t accept defeat. I don’t care tbh, I don’t give a fuck what you think. But have some fucking respect. Its like hating on Mayweather Jr or something. Or hating on Gordon Ramsay who is accomplished. Come on now.