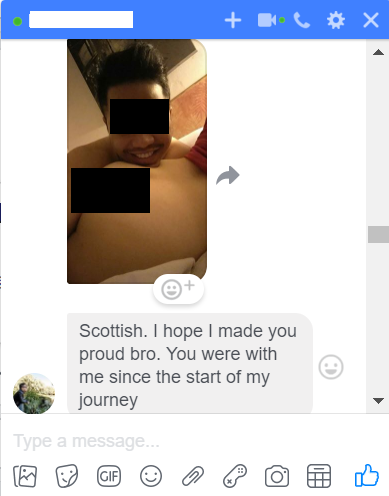 One of my students got 2 same day lays in one day. Then 6 lays total in a European county. He comes from the land down under. That’s all I’m saying. He only had one skype and has the Wayne Playbook.

He was mentioned by one other good looking tall dating coach in Spain called Social Prime. Saying he was one of his favorite students. But one thing this coach doesn’t know, I was the one who trained this slayer. I don’t have anything against you yet personally. So don’t worry. But you are part of this students story so I will mention it. Maybe I wanted the world to know. Dude looks like a Zara model.

He was not always a slayer. Before he would use Justin Wayne’s product. He was more on his side at the time. He was very stubborn when I gave him advice. So I stopped. He was using the domino effect and it took him close to 50 approaches a day and 5 days a week to pull two. He didn’t always convert both, but that’s 250 approaches. He would do this high volume week after week after week. One day he got burnt out. He got 10 number flakes in a row and humbled himself and asked me to train him. He put his ego aside and all his results happened. Isn’t it weird for the last many testimonials, almost everyone failed with Justin Wayne and came to me for training? Anyways, I digress.

When he joined me, his spam approaching days were over because he was much more efficient. In one day of his approaches, he already pulled two women out of the leads he got that one day. The other had to leave after the pull because she was modeling. He always wanted consistency and was burnt out with Justin Wayne’s game. I fixed that issue for him. When I say Filipino students were slayers, that was what I mean.

He got 7 lays in a row under my first Skype and Wayne Playbook. The first lay came in you guessed it, like 2-3 days. Then he got 3 lays in a week. In a month he ended with 7 lays. He quit daygame after that because he got so many 8/10 and 7.5/10 looking girls. He had his fill and decided to focus on night game.

He went with another company for night game and I was to handle his daygame. I hope the other guy doesn’t take credit for his daygame results. Or the student didn’t post those daygame lays and put it into the other guy’s forum group. Regardless, I get the daygame testimonials and I don’t share the night game stuff because I am not a night game teacher. He gets 6/10 looking girls night game. Huge volume, but he has high-quality daygame with my training.

I saw the other coaches joked about Chinese students. Saying race doesn’t matter he knows a slayer who was Chinese. But that’s god damn night game. I have friends who are Chinese who are good at night game. But I say unless it was daygame, like my student here, it doesn’t mean shit. Lots of Chinese guys are capable of online, social circle game and night game. That’s been solved a long time ago. I mean there are Asian night game coaches since the beginning of game. But daygame for Chinese people, not yet. Unless my old wingman Superman and me. Jan sucks tbh, another tall good looking caveman type. The girls he posted are all butter faces. He gets 3.5-7/10 at most. I start 7/10 to 9/10. I swear the whole industry is full of tall good looking caveman. I’m obviously not into night game. I think the real metrics of skills and social skills are purely daygame. In night game you don’t even need social skills or calibration. You won’t survive daygame without it. My student had very strong social skills. Like I said, every type of game is doable for night game. You even have other night game Asian dating coaches too. When a girl is dtf, this is the loophole. In daygame, with social intelligence, Chinese guys with no connection or facial expressions falls apart. Its solved for the Filipinos, for the Korean students who got laid 4X and pulled 5X on my bootcamp. It solved for Vietnamese, but the Chinese are a different story. I John Wayne as a Chinese daygame coach, the best in the world want to say Chinese people are compatible with every style of game except daygame in most cases outside of two people. I’m working on a cure for you guys. I’m going to make the game more like a script so you guys have something to say. Since you guys acts socially awkward and inept. But translated to an emotional script. I can’t say more, but a cure is in the worlds due to 3MP.

I had another guy buy Wayne 30 and he told me he is also from the land of down under. He told me there is a resistance force growing for Wayne Dating Lifestyles. There are a lot of fans of me and Deepak. They like how no-nonsense I am and they stopped watching RSD videos because I told them it’s toxic. I want to say hi to you guys. Thank you for your support. If any of my Asian students can do it there, yes you can too with the right training. I say if you are reading this, I did tell Deepak this and he is very happy. You are the resistance. Yes, we do appreciate our fans from there. One day we might go to Australia to do an immersion program. But not this year, we are focused on conquering Europe first.

I also want to say I am coming to Europe to teach an immersion program soon. I’ll make a post about it separately soon. You can apply to Wayne Dating Lifestyles or even with me here. Contact me if you are interested in putting down a deposit. For the first time in history, the two best daygame coaches in the world are teaming up. John Wayne and Deepak Wayne. I suggest you fly there or even boat there or whatever way you can to London when I am there. This is a once in a lifetime event maybe. More info soon. Everyone can say they are the best daygame coach or whatever. Do they have the testimonials or proven they can get their students this kind of daygame results? Fuck night clubs.

I’m still statistically the worlds best daygame coach. Just go buy a program, take a bootcamp in April before I leave. Do something, how much more bullshit will you listen to from other companies. My game is like picking a lock. We tell you how. While others spam picks without any results for years using RSD or Jan the Scam Lifestyle shit. Daygame is not the same as night game. Its 10X harder. Club game is just a game without social skills. You will be eaten alive in daygame if you tried that shit there. No wonder very few can do it. It is a game without any mercy. You need to master all Wayne 30 skills or you are fucked. This I’m a positive stereotype privileged night club shit filter game won’t transfer to daygame. But a daygame student like mine can transfer it to night game. He wanted to learn both. But remember I am still his daygame coach. I just got started with him, he still has a ton to learn. He only used half of my game. Listen it’s not only the coaches skills or privileges you should decide who you train with. But their student success too. I honestly believe if everyone in the world trains with me. They ignore all the other dating coaches. The entire problem of daygame will be solved for the entire world in a few weeks. There is no more need for a second place to train, you would get the results you are looking for. As long as you aren’t some stubborn sociopathic Aspergers, depressed impossible case. If you are open minded and a normal case, then you will get fast results. Find good mentors. Maybe people who aren’t genetically gifted. Also, I’m going to eventually update the Me vs other dating coaches page with more pull screenshots. I kept them a secret, but I’ll update the page in these next few days. I have to get the screenshots first from the videos. My second infield was taken down but will be reuploaded soon. My third infield will be uploaded hopefully this month or the next.

I also have a ton of testimonials. I don’t know what to post next. But I think an advice video will make sense. To give it more variety.