His second girl is getting hotter. We went back to Metrotown incase it was raining or snowing. I finally got him out of this number closing bullshit mentality. All the girls replies to him. He instadated a stripper it seems. At least on her instagram it shows that kind of stuff. 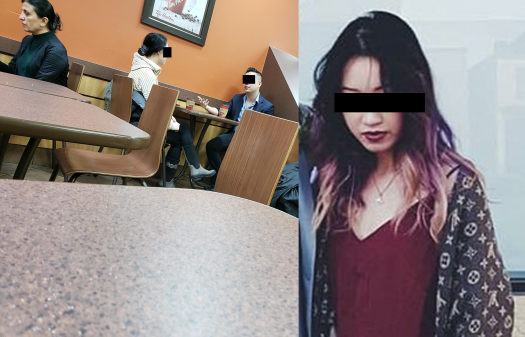 Today his goal is to setup a 3rd date with the first girl and try to bang her there. Then try to get out the other girls and try to bang them too on Saturday and Sunday. He would pull right to his room for the stripper girl. I have like tons of ways to date, not just one. It depends on the girl.

The reason I am spending more time with the student is he is a joy to teach. He just listens to me exactly unlike the Chinese students or impossible cases. He just does it. I tell him I am the voice of god, just listen. Then I ask him have I ever been wrong? Then he said no. I mean everything I said, it works exactly. Its scary really how much it works exactly like I said to students. It doesn’t make any sense. But I spent 16+ years refining the game. I constantly field testing every component. Down to his fashion, necklace, down to his hair. Every component is under my control. It’s a science.

This time he is going to aim for 2 lays at least, or two girls. If he doesn’t get laid he will still pull. I will get the footage. He is going to record it, so far he has recorded the dates. I’m posting all of this in real time. My rep is on the line. But i’m confident of my coaching abilities.

If I had to break down the exact steps on why the Chinese fail. They are super fearful and beta. Since they have approach anxiety. I have performance anxiety, not approach anxiety. I have the rest down already, I’m a professional. But the Chinese students struggle with approach anxiety and Wayne 30 social skills components. Before they even learn game, they are cripped by anxiety and are socially inept. These needs to be taken care of first. Not some natural and direct or direct game bullshit. Sure in terms of game, I do already teach the best daygame system in the world. Student gets non stop results, over and over and over and over. But I’m saying, while I do have the best game in the world. I mean there are like one or two PUAs better than me in the world, just two for daygame. I’m way better than all the white guys. But, I’m saying social calibrations and dealing with anxiety is crucial. Also, this beta to alpha confidence.

Basically the best dating coach in the world, statistically speaking for daygame. Is saying, fuck game for now if you are Chinese and focus on social calibrations of Wayne 30. Also get over your fear. Then worry about game. No wonder RSD shit doesn’t work, its too gamey without any social calibration. Night game doesn’t require social intellegence, but daygame does.

But for my normal case students or easy case students. They usually get laid in 3 days. I don’t believe it takes weeks, months or years or any of that bullshit. You do it my way, if you can. If you don’t act like a beta scared fuck. You use my fashion domination, you use my inner game, you use my game. You will get laid that fast as my students have time and time again. Its all neuroplasticity and managing fear. If I already figured out the game and have the magic bullet as they say. What the fuck are you doing direct or natural and direct. Its like trying to pick a hard lock which I pick all the time and opening it. Teaching it to my students who is not stubborn, they do it too. Then the natural and direct nonsense guys picks locks way below their looks scale or girls. I don’t know. People follows the wrong people. Go with the testimonials, its indisputable.

UPDATE: Girl had to reschedule, but it seems all three of the girls will meet him. Dates are set. It is only the weekend left. Hopefully he gets a few lays and a few pulls. We will see.