This is something I noticed with some of my 3MP students and bootcamp students. When a student gets needy, he has a sexual vampire kind of vibe. They don’t connect well with women and only thinks about sex. She doesn’t feel a connection and often will flake on my students. This stems from mental illnesses sometimes. Or a real lack of emotional depth. They really aren’t in touch with their emotions.

Personally, I am not needy. I already banged 9/10 and 8.5/10 and women way taller than 6’0 tall, like 6’2 is the highest. I really am not that needy. I really don’t give a fuck anymore. I don’t even know how to top myself anymore. Hell I even banged girls who are younger too than what most PUA coaches can ever get. I do look young already. I have accomplished quite a lot already. I’m okay, I don’t care anymore.

However, for some of my students, they do feel like they are needy. Usually, you can tell in their text game. Their sexual vampire nature.

It’s really a paradox. For me I don’t put women on the pedastal unlike other local dating coaches. I literally treat women as if they are trash. You know the saying, men are trash? Seems like a lot of men shaming lately. I really think women haven’t created anything in society that is good besides babies. Also, there seems to be a lot of entitlement. Women has an instagram where a 6.5/10 feels like a 10/10 due to her friends giving compliments to her. Now she feels her ego inflated. This is part of the reason why daygame becomes harder as women gets more and more value. This whole me too movement, well, if they keep abusing it, then there will be a backlash. MGTOW (angry virgins) with their sex robots or waiting for it. Lol, you guys are fucking weird. Regardless, men are made to feel they are trash.

My mentality is the opposite, she is 6’2. Or is 9/10, or a model. Who gives a shit. I don’t go around putting women on the pedastal. Like Jan Lifestyle and his HB 7.9/10 GF or other white women. I don’t say, an Asian guy hitting on a white girl, must be weird. Of course, you might be calling out the elephant in the room. But if a nerdy Asian guy tried to do that without looks or muscles, height. It would end in a disaster. Deepak and I think unless the girl is sucking our dick, she has no value to us. We don’t compliment or give any validation like I love Russian girls, cool, cool, cool, cool, cool. How can we give validation or value away when we are a 5’7 Chinese guy and an unattractive East Indian guy. So we have no choice but not to put women on the pedestal.

Not putting women on a pedastal, doesn’t mean like white dating coaches not giving a shit what the girl thinks and thinking they are the most important in the relationship mentality. These guys are so beta, they have no balls, they want to retain some balls or feel like they have some. Even an alpha male has a tender side outside of the dominance.

We all have women we hate. Whether fatties, or for me Asian women.

This does absolutely nothing for me.

Not this either, I feel nothing. I hope these two are not the same girls. I can’t tell Asian girls apart. They all look the same to me to be honest.i I feel dead on the inside, I feel nothing.

Identify what you dislike

I did had an Asian fuck buddy before from daygame. I was attracted to only one Asian girl. I didn’t know why, but the rest are dumb as white privledged worshipping hypergamy whores. I just wanted to bang one I was attracted to just to see what it feels like. But of course I’m still attracted to that one Asian girl still. I admit I told her to fuck off when she tried to make me into a boyfriend. I mean, i’m sure we will will get tired of bad breath and hairy pussies with beige skin once in a while. I’m glad I told her to fuck off because I had some epic lays that you see in infields. Having said that the solution is to identify what you dislike. I dislike Asian girls. Most of them will come up to me walking in Metrotown with a bragging voice around me with their creepy tall white boyfriend. Maybe because I’m a well dressed Asian. Whom she told the creepy tall white guy that she hates all Asian guys and we are all ugly to her or something. I just say white privilege out loud to neg them both. None has ever fought back because that guy is so beta.

So now you know what you dislike, whether fat girls or in my case Asian girls. Have you ever noticed that if you like a girl a lot, you have needy behaviors that repels her. But you always have girls that likes you but they are below your looks scale. When you treat her like shit, she gets even more attracted. Luckily my game grants me access to women way hotter than my looks scale. I know how to create conversions from same day lays.

The solution is very simple. Treat the girl that is better looking as if you treat the lesser attractive girl. Treat the girl who is unattractive like the attractive girl to repel her. Problem solved. So I treat Asian girls like shit. Even if some gawks at me on the skytrain, I have nothing but indifference and disgust. I get pretty Korean girls staring at me all the time hoping I will approach them. Nope, i’m John Wayne, tell them to go fuck themselves, i’m too good for them. I don’t even approach them because they are socially retarded. But however treat the hot white girl the same way. A lot of my 3MP student treats the hot girls as an angel. I treat her like she is sub human. Of course you talk about equality and shit. I’m not here to get in politics. I am only saying women actually likes a guy who doesn’t put them on the pedestal. They find it needy. So for your mindset, do the opposite. Then for once, you will start to get hotter women. Too bad Jan Lifestyle can’t do this without giving endless compliments. His daygame is so weak, getting girls half his looks scale and censoring their faces in daygame. Or uncensoring if she is decent looking. He can only get what you call hot enough from night game. He does claim he treats all women the same regardless of scale. No wonder he gets his equal. If his girlfriend is HB 7.9/10, he is 8.5/10, he is still above her. I do something different, I don’t treat all women the same. I treat them like shit. The hotter she is, the shittier I treat her and she loves it. You stand out from other light weight PUA guys. Female psychology in a nutshell. Also, if you don’t listen to my advice, I bet your text game is needy. It shows, its an abstract concept that women can read into. 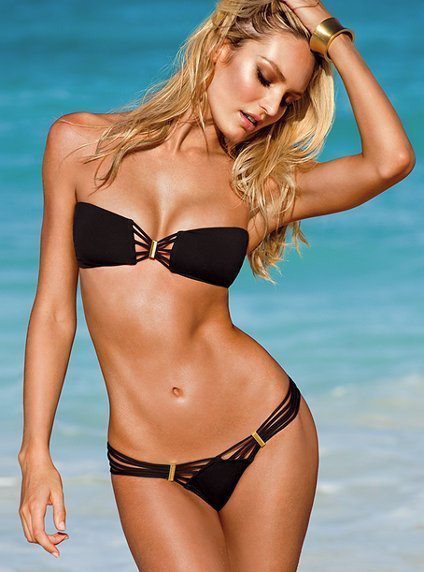 People might say wow she is a 10. I think she is a 8.4/10 at best. She is too old, I’d rather bang her 18 year old sister. Who is skinnier, hotter and more fresh faced. If I had a nickle for how many times I banged a 18 year old girl. But I won’t put them on the pedastal either. That’s why they like me. Well, you get a glimpse into my mindset. So stop uptalking, rapport seeking like a bitch. No wonder Asians can’t do daygame. They are too easily impressed by white women. I’m not. I like any women regardless of race, except Asians. I know what I said is negative sounding. But I have banged hotter women than you. It works. So who cares what you think. Maybe try to adopt a bit of my mindset. Sometimes a behavior is attractive too. The way you behave to women. You will find it works super well. I’m all about results and student results. Transferability. I do what works. I’m sorry I don’t have a sugar coated half truth RSD politically correct version for a solution. Everything I do works. Watch Jan Lifestyle steal this concept and try to apply it. He will take notes, don’t treat all women the same. Treat the hotter ones like the girls you don’t find attractive. Lol, my camera man told me not to give too much advice or Jan will steal it and apply it. My second camera man hang out with me later in the night. It is his last day here. He filmed a few same day lays. He called one of the girls 9.5/10. I think she was a 9/10. I don’t know, who cares. I am not easily impressed. The whole industry is infactuated with banging 7/10. Not sure what you guys see in that. Quantity vs quality I guess. I’d rather bang nothing but 8+ or that area, then a ton of 6/10. I wouldn’t feel satisfied. Just because a girl is 8+ and higher doesn’t mean I will treat her good at all. That gets her wet. I always have ugly girls who says, well with that attitude you wouldn’t get girls. She doesn’t know I banged girls like 3 points above her or more. Ugly women has ugly personalities. I hope you gained some insight into my mindset. People might say I am an asshole. But i’m happy because I can say whatever I want on my blog. I have no fear of saying it. I feel more free.

Deepak Wayne also made a video just now. He talks about masculinity too. He gives tips to white guys who are getting cucked by their own women. Or other white guys.

As an Asian, the odds are so stacked against you, you know even our Asian women, the majority are going for white guys. You are too passive and too beta. I even assume Asian women automatically likes white guys if they don’t look in my direction. I’m just saying, I am onto something big here. I don’t behave like you. I don’t think like you, its why I am better with women than you. Learn from it, start adapting to it. Be dominant, be a man again. I hate the term toxic masculinity or whatever. But be masculine again. The more masculine you are the more feminine she will be. If you act feminine, she takes the lead and acts more masculine. The polarity is off. So she steers the interaction. In most cases if not all, women can’t lead an interaction in dating. Except into the ground every single time. So lead and start acting like a man again. Don’t feel ashamed because there is no other way to get her wet. She will dry up. I am watching this video, the concepts are extremely powerful. He is giving a gold bar away not a gold coin.