I waited until New Years to write this blog post. This marks my first year as Wayne. I didn’t go out much this month, I took a break because last year I had to go through an impossible test. Last year it was so cold, my cameraman and I were filming in the cold. He nearly froze his ears off and could barely hold the infield camera. I still have a bit of PTSD in the Winter. I only spent it with friends watching Star Wars. I’m not going outside for December, fuck that. I took a break from game and focused on teaching 3 months to proficiency students. 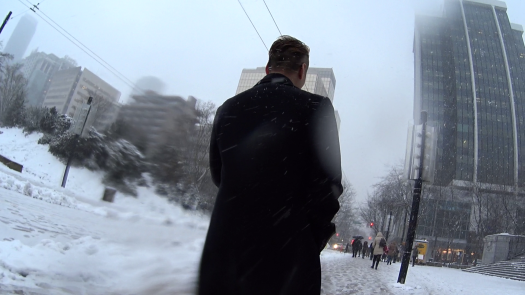 Let’s step back one year. I was a no-name dating coach. I already taught daygame for 2.5 years at the time. I am a dating coach for 3.5 years or more now. Before the testimonials were pouring in after I created the Wayne Playbook. What got the attention of the company was my ability to teach. Along with an interest in teaching Wayne game. I was already teaching both Justin Wayne’s domino effect and Deepaks Ultimate Seduction model at the time. Mind you, Justin Wayne’s stuff doesn’t work for most of the Asians and East Indian guys for some odd reason. But Deepaks stuff was working. I even said it for the interview I had with Deepak Wayne that Justin Wayne’s stuff didn’t work for me. Its not like I suddenly started talking about RSD or Justin Wayne. It was even a few years ago because it didn’t work in our field testing. Both daygame systems were not the same. Just similar, but very different. But yes that was what I was doing for a living, teaching the Wayne styles unofficially.

Deepak interviewed me but I never told people I was a dating coach. Justin and Deepak were still not fighting at the time. I was being scouted to be a Wayne. That was the first day of my secret training or recalibration. I had all the right tools. The ability to teach, they will calibrate anything that needs calibrating. I was Asian and this appealed to people they never could have appealed to before. I was a negative stereotype. They let me keep the blog and I have to unlist my youtube videos. Take down my site that I bought after a few days it was up. They knew I was serious. This wasn’t a passion to teach, but a way of life for me. I had to achieve the name Wayne. We actually get people applying week after week to be a Wayne. Most of the natural and tall good looking white guys in Germany doesn’t make it. Only 1% of the industry is even good enough to be a Wayne or less. Most people aren’t qualified. Of course, there are tall black guys who just happens to be her type with height and muscles who can achieve this in the winter. But it will be hard since it was the coldest year of my life. It was like hell frozen over. I never had it that cold in my life before. I still went out there very often. I had a mental toughness, that very few had. Imagine going out there for 2 months in the cold, where you are nearly freezing to death. Would you want to go through this nearly impossible test? One of them happened when it was snowing. I have to thank my camera man for capturing all of it. Without him I wouldn’t be here. I want to show my appreciation.

How the foundation began

I was given every hoop to jump through. I had to prove myself. Get some same day lay infields during November and December. It was – 10 degrees or more. It was so cold, it was nearly impossible to hook girls in set outside. I had to keep my hands in my pocket. I was still unofficial and still a dating coach for my own company. They needed at least two same day lays.

John is a man of focus, commitment, sheer will. He once got two same day lays in the winter months of Nov and Dec. In the fucking cold winter. Suddenly one day he was scouted for Wayne Dating LIfestyles. So the company made a deal with him. They gave him an impossible task. A task that no one could of pulled off in the freezing cold. The same day lays he achieved, laid a foundation what Wayne Dating Lifestyles is now.

The previous infield before this one. Didn’t have audio so I can’t use it.

Every hoop they have, I smashed through it. Every single accomplishment I am supposed to get like same day lays, done. Every sales record I had to make the minimum. I jumped through every hoop they have a hoop for. I was overqualified. Here I was a guy who already had 75% of his students pulling and 65% or so laid. Of course, that number has gone up dramatically to 82% pulled and 70% got laid. Mind you, I wasn’t using weeks long immersion programs to achieve this results. As the year gone by, I broke every single conceivable record. Now I have the most amount of student testimonials for pulls and lays for daygame in the world. More than every company combined. Also every bootcamp students have pulled. Some even pulled right before the bootcamp. So i’ll count that as a pull too, using my products. One guy didn’t pull, so I have to say every other student did. It was a near perfect clean sweep. It was almost impossible for any other dating coaches for daygame to achieve this. Most of the time they don’t even pull on bootcamps. Just keep approaching playing a numbers game for more than half a year just to pull, not f-close. I have broken every metrics there is and climbed to the top. Its impossible to deny. I have to update the testimonial page, but students are getting results one after another.

Since our daygame system is extremely scientific. I was field testing it extensively. I added the 5 vibes of daygame. Even emotionally accuracy. A text game system too, which seems to be working for our students. A better frame control module. A new objections dealing module too and the 5 Wayne styles to adapt to any situation.

What happens next? I am going to update Wayne 30: From hardcase to hero on new years. For the first 10 videos, I will edit in some quick clips and a compilation showing what to do.

RSD reign on the industry, well, that should be challenged. They are hurting my fellow Asians in daygame. I mean a lot of dating coaches now that are better than RSD in some ways, are calling them out. I have for years. RSD shit taught to you by a tall strong handsome Asian dating coach getting girls half his looks scale and censoring their faces to look hotter. That isn’t transferable to other Asians. White privilege or privileges aren’t transferable. Since our company is growing and since our company now has the worlds most student testimonials for pulling and getting laid. Yes my testimonials does count for our company testimonials. We are in a unique position to go after bigger fish. We don’t care about lesser companies. We don’t give a fuck about small frys. We don’t give a fuck about you.

I’m introducing to 3 Months to Proficiency students the 5 Wayne styles for adaptation. We have 5 vibes, one vibe has an infinite accurate variation. 10 stages, 5 step escalation ladder. 8 inner game mindsets. I only introduced 3 in the past, now there are 8. I don’t teach people everything unless they are in 3MP or the bootcamps. I do talk about it a bit on Skype. But that is all there is to learn about game. The endless rants and shit or 2 hour RSD videos doesn’t relate to game. It only comes down to these pieces. There are some phrases and routines sometimes like the palm read thing. But honestly, if you apply those things, then students just pulls or gets laid like magic. The faster the students adapts to it the faster they get results. They get deluded and apply slow, then they are impossible cases which slows down their results.

I’m also thinking about combing videos on the playbook for 2018. I will use some of Wayne 30 stuff and use that for the outer game section. I will also redo videos so they are shorter and to the point. There was an update on how to practice a few days ago. As we find better ways to do something, we will update the playbook. The playbook grows with you, a lifetime product that gets upgraded. While if your social skills sucks, you should get Wayne 30: From Hardcase to Hero first or the foundation. You should get the playbook once you mastered it. I’m also adding module 4 soon for Wayne 30: From Hardcase to Hero. How to maintain your skills recording yourself and practicing over and over until it gets more accurate every time.

Also, i’m designing the immersion programs for the future. Watch out for that eventually. Yes for the first time ever, my training methods will be exported outside of Vancouver. The same training that got almost all my bootcamp students pulling this year. Mind you, some went on to have a ton of dates, getting laid, fuck buddies and girlfriends, even multiple girlfriends and fuck buddies. If this is that powerful, having a longer time period to train you guys. More than 3 day bootcamp will make a major difference.

Regardless I helped a lot of people this year with their dating life. I made a difference in the world. That’s the most important thing. If it weren’t for my students, I wouldn’t be here doing what I love to do. Which is teaching daygame. The worlds most powerful daygame system that works for even negative stereotypes. I likg giving the power back to the people. The under dogs, the people who gets screwed over by privileged companies who happens to be her type and doesn’t have much game. What I’m most proud of is my last name. Wayne. I always wanted to be a Wayne more than anything in the world. Now that I was one for a year, there is no better feeling. Yet my last name is a Wayne. Also, who is going to help the Asians? If 1 in 5 Asians won’t get married or procreate. 51% of Asian women marrying white guys. Who is going to stand in the way of this? Only I can. Other companies with Asian dating coaches can’t. They just pull in night game. Asians pulling other Asians? Wtf is that? Or other companies who can only do this for night game and daygame is an afterthought to them. To think this world has like 7.6 billion people in the world and not a single short skinny Asian daygamer dating coach has my skills. Most Asian dating coaches can’t do daygame, unless they are tall and strong, good looking. Or they retreat to night game. What your LMS isn’t high enough? Or your game isn’t enough or you don’t have enough value? Someone has to fucking do something, might as well be me. Its weird how most of my students aren’t actually Asian. I’m the only Asian dating coach who’s majority of students aren’t Asian. They only make up like 25% of my students. I teach every race all around the world getting the same consistent good results everywhere.

Click here for the testimonial section. So many this year.