Justin Wayne said RSD is medicore for their game

You might wonder why I even posted a Justin Wayne video? Well, I said whoever has the balls to speak out against RSD. Even Wayne Dating, which we split from in 2015. I don’t give a fuck, I’m the third daygame Wayne or third generation. I am my own separate person. But I have to commend grandpa Wayne for speaking out against RSD. Now Todd did another tall white dude with a high lay count, Justin, Deepak and me. Me, the guy with the most student results, testimonials in the entire world for daygame. Such a high amount, there are no second or third places anywhere near me. Notice, my last name is Wayne.

Having said that, I don’t care if they fight it out. For me, I just grab some popcorn and watch. I don’t give a fuck, to be honest, its entertaining. I can post whatever the fuck I want on my blog and I doubt Deepak cares. Deepak was paid next to nothing by Justin, in terms of the value comment about the company investing in the marketing. But I am actually paid on commission and I make a lot. I won’t go into the numbers here, but I make more than most average people in normal jobs. I already have bootcamp clients signing up for next year. But Deepak was working for peanuts literally. I can tell you how much, but it’s too low to even be posted. You wouldn’t even believe it. Even I made more than that as an independent dating coach before, many times more.

Having said that, both or daygame systems aren’t identical. If we look objectively? Who has more daygame testimonials and who struggles getting pull/laid student testimonials? Its obvious we don’t teach the same system. I wasn’t trained by Justin. I actually rebuild from scratch. Taught Justin’s system for a bit in 2015. Then Deepaks system in 2016. I adapted the same adaptations as Deepak because we are both so low value in terms of our LMS. What shocks me was I released the Wayne Playbook before Conversation Domination. It was Deepaks product and it was very similar at the time. Deepak trained me in 6 months to mastery. I created Wayne 30 as a social skills course, that is similar to pickup mastery personality course, but way more robust with many more categories. Its not the first time I have created a product that is similar to another Wayne. I created my 3 months to proficiency after two of Justin Wayne’s Asian students weren’t getting results. Begged me to train them. I got 3 students in 15 hours. Not my opinion, this is a fact. It’s not because I am some amazing teacher since I sell products like Wayne 30 and Wayne Playbook where students still get laid from it. I haven’t even trained some of the students who got results. We updated our system into a more natural and adaptive system. One works for positive stereotypes and one work for negative and positive stereotypes. I think the best way to understand the differences it the samurai vs the ninja concept. Samurais are more flashy and more overt. Our style is based on stealth, natural game to draw her in. Ninja stars and blow darts to spice. We don’t touch so much to get investment. We get investment first before we touch. The ninja stealth and camouflage is our ability to have a natural conversation to sneak in there. We are more like asymmetric warfare than symmetrical. 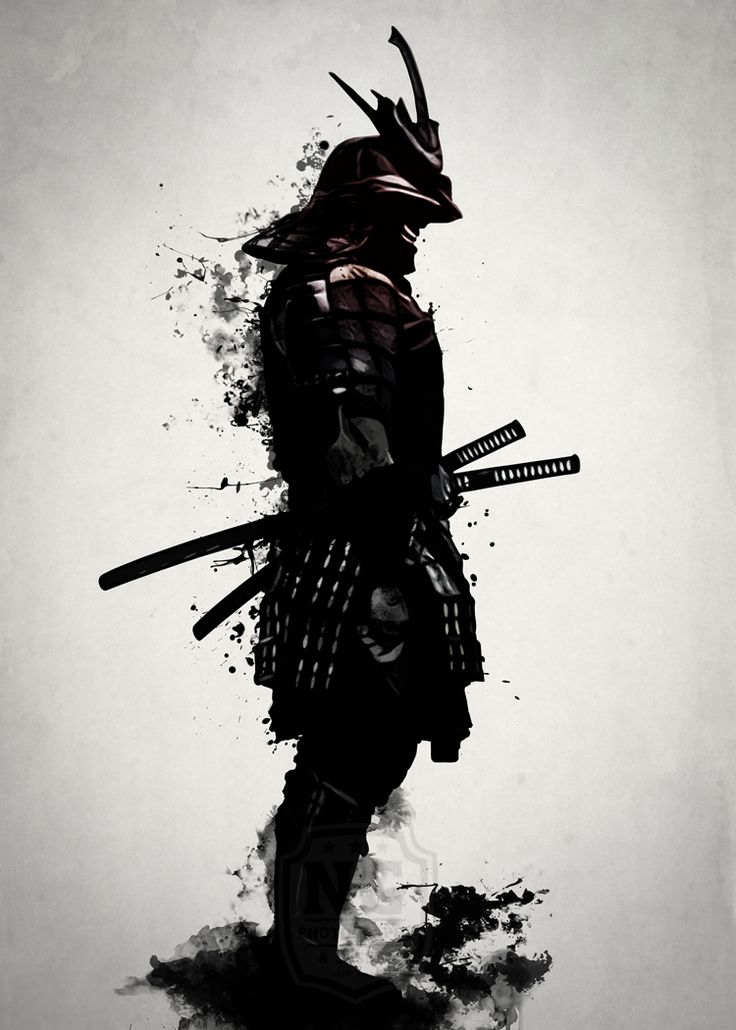 Justin Wayne does put a samurai in his product. It is a symbolism of the difference in styles. We are ninjas. I suppose the ninjas vs the samurais in history. Ninjas tends to always have first strike capabilities and the stealth is our natural game. We are not gamey and use this tactic to draw the girls in. We are more naturals than naturals. But we spice it with our blow darts and ninja stars.

Our style has similarities, but lots of differences from Justin Wayne. In late 2015, I was teaching the domino effect unofficially. I was a Wayne, though and through. I taught Deepaks system in 2016 unofficially. I lived and breathed Wayne technologies. I’ll point out some difference in my objective observation. I got no student results teaching the domino effect. Samepagology kept getting my Asian students auto rejected. Its lover, bf/provider or friendzone. They got friendzoned using it. It isn’t about personality accuracy going up the ladder. They simple were treated as second class citizens and friendzoned. Samepagology isn’t necessary and can backfire. I would suggest you don’t use it, or introduce more romance after sex. Not before, but choose the ratio carefully at the escalation ladder.

One thing I noticed was we use more spicing, meaning teases, push/pulls, that kind of stuff. Justin doesn’t have to, he just goes to social comfort. I think most girls, in general, find black guys attractive in terms of protectors status, preselection and personality. What I mean by that is, teasing and push/pull, they all have a purpose, including self-amusement, challenging. Deepak learned it from London systems which were shitty. But we have to use it because we aren’t attractive in the eyes of most girls. We have to build the attraction. But our timing is what makes it special. Use it too much, it becomes gamey. This is where our spicing concept comes in. Spice too much you ruin the soup. Too less, it’s platonic. This is my observation as a coach. I think another difference is selling romance. We are the romantic/sexual connection. We adjust the ratio because of the lover, boyfriend/provider, friendzone category. I think Justin fits into the boyfriendzone. I think a lot of taller, stronger black guys do with white women in general. Of course I have a lot of students with hot girlfriends. But they always have some LMS advantage to get the girls. Listen I’m in charge of updating our daygame system, not Deepak. Its field tested across all students in 3MP, bootcamps and Skype playbook students.

The whole point is to show you that even Justin Wayne thinks RSD sucks. Everyone who spoke out against RSD is better than RSD. This is how we have the immunity to get away with it. I have more testimonials for daygame than all RSD 100,000 students/sheeps/minions. I’m only one coach who has been a Wayne for one year. Year one, every student has pulled on the bootcamp. Except for one guy who is borderline autistic. Year 2, I don’t think that is necessary. I already broke every conceivable record as a dating coach. 82% of students pulled, 70% got laid. I don’t know how to top these metrics except to stop teaching impossible cases. My point is anyone who speaks out against RSD. Anyone will be commended by John Wayne.

Todd partially got in trouble with RSD for interviewing Justin Wayne. He also said someone was a wingman with Todd Valentine and he only gets laid once every 6 months or something. Or was it a year? Wtf, low odds. Even if Todd isn’t with RSD, he is still foisting their low level of white privilege game. I never saw his infields, but as Justin said, drunk girls at night game. I just had students tell me he pulled 11 times so I don’t know. Maybe from a date or something. I’ll take their word for it. But prepare to see 12 of my infields, 2 were released. You would love the third one. I did an impossible task. I had to game two girls at once because my bootcamp student didn’t know what to do like a deer in the headlights. But closed the deal anyways. Its not the first time on a bootcamp. 5 approaches before this, same day lay a 6’2 Russian. A promise is a promise. Any future dating coaches want to talk about RSD, who has skills. You will also be commended. Justin seems a bit apprehensive about me. I still have my respect for him. He is still the first generation Wayne. I have my difference of opinions based on field testing and student results. It is my destiny. I have in a year become the worlds best dating coach statistically. I’m happy to have the last name Wayne.

But remember, the first system is like Jiu Jitsu the samurais used. It’s rigid, powerful, technical and more energy. Later, you got Judo, like Deepaks 2015. It changed to Brazilian Ju Jitsu or Ninjustu. Both Deepak and I were extremely technical. We are the two most technical dating coaches in the world. He was an engineer and my brain was similar. I never was smart enough to be one since I had bad grades. In 2017, we turned more natural. I think its more like Ninjutsu or Aikido. The point is just because something started as the original doesn’t mean it ends there. I had 5 years of training in Israeli Krav Maga.

Demonstration of Krav Maga. You can hire me as a bodyguard if you want to. Joking. But Krav Maga made me realize that if the shortest and the most disadvantage couldn’t use it. Even fighting from the worst position, it was discarded. My idealogy of mixing things and discarding things. Even my training methods for drills, exercises were from Krav Maga. You wonder why my bootcamps has so many drills and exercises like a martial art class. We also don’t fight symmetrically because we will lose due to our LMS. We fight unfair. Its all about efficiency too. Also, it’s still automatic due to all the drills I had to do. I didn’t move as fast, pants were too tight to fight. I ripped it and bought another one afterward. This method of fighting was not an original, but a remix. Now you understand my mindset. I also studied MMA, I got my eye scratched by someones thumb in a MMA fight and I quit. I kept seeing flashes of light on the left eye. Regardless the no nonsense mindset always stood with me. Absorb what is useful, discard what is not. Add uniquely what is your own.

If you want to learn more about Krav Maga, this video is very educational. Skim though it. In Israel, they have a very small population and limited resources. They have to outmatched their enemies in skill to defend themselves. I might be a short skinny Asian guy. But my mentality is to over come difficult odds.

The system was evolved from many martial arts even if the creator was a boxing and wrestling champion. Sometimes the derivative is stronger than the original. All martial arts started in China by a monk called Bodhidharma. He taught the Chinese. But just because Shaolin kung fu was the first, doesn’t mean it ends there. A good metaphor for the Mystery Method. Now we have Sanda Or San Shou. It is way more efficient and effective. Bruce Lee never believed in forms or styles. But to mix them all. He was hated by other martial artists. Dude was arrogant and he challenged everyone. He studied every system and he created an MMA like style. My point is, the original stuff, including RSD, doesn’t mean it is the best. Sometimes the evolution of it is more efficient. Even for people phrasing the Mystery Method. The world of game doesn’t stop at Mystery. MMA or mixed martial arts is an evolution of everything. It is effective. I hope you get my point. This blog is a beacon of truth, so I’ll just say it as it is. I don’t give a fuck. Take it or leave it, I still make money being honest with people. I don’t care if I make less than RSD or lose potential students. I can sleep well at night being honest about the true nature of game.