I have like 6-7 students to teach at once, that take a lot of work. If I focus on one student who is unteachable, fucking mentally fucked. It will not only sink me, also everyone else.

They always say, if a group of people are drowning, only save the ones who can actually swim towards the helicopter

NO, I DON’T PICK AND CHOOSE MY STUDENTS, I USED TO ACCEPT EVERYONE JUST LIKE JESUS. BUT I AM NOT JESUS… I’M STARTING TO THINK HOW DOES HE PUT UP WITH SO MANY UNGRATEFUL SPIRITUALLY DEAD PEOPLE…

However, in the inner circle, I have seperated a group of students who are able to handle Covid 19, daygame approaches.

Vs those who are resistant, poor. I’m not in it for the money, Covid 19 accelerates your business, to see if it will do well or not.

It points out all the issues, while it suffocates everyone’s money for their business…

IT DIDN’T AFFECT MINE WHATSOEVER, IF PEOPLE STILL WANTS RESULTS. SINCE I AM ALSO THE ONLY ONE IN THE WORLD WITH COVID 19 DAYGAME TESTIMONIALS.

I believe other dating coaches are just using their machiavellian style of marketing, it wouldn’t work during Covid 19.

I ASSURE YOU THAT YOU WOULDN’T GET LAID ANYWHERE ELSE, ESPECIALLY WORSHIPPING DAYGAME COACHES LIKE SHEEPS.

I don’t pick students, I get can get them all laid, despite how hardcase or impossible cases

I JUST KICKED OUT A SECOND STUDENT THIS YEAR, BOTH UNTEACHABLE, ONE SUICIDAL. WHY I WON’T BE PART OF HIS SUICIDE PLAN

What is borderline personality disorder. It is weird how people can’t diagnose mental illnesses. He has all the traits. Although you think this is a disease for crazy women who are tough to deal with. The type with super low self esteem, the ones who are first to use rape charges, yeah those types of women, the crazy types…

It seems even men can have borderline personality disorder…

Borderline personality disorder (BPD), also known as emotionally unstable personality disorder (EUPD),[9] is a mental illness characterized by a long-term pattern of unstable relationships, distorted sense of self, and strong emotional reactions.[4][5][10] Those affected often engage in self-harm and other dangerous behavior.[4] They may also struggle with a feeling of emptiness, fear of abandonment, and detachment from reality.[4] Symptoms of BPD may be triggered by events considered normal to others.[4] The behavior in BPD typically begins by early adulthood and occurs across a variety of situations.[5] Substance abuse, depression, and eating disorders are commonly associated with BPD.[4] Approximately 10% of people affected with the disorder die by suicide.[4][5] The disorder is often stigmatized in both the media and the psychiatric field.[11]

Yep, sounds exactly like that former student who is suicidal, distorted sense of his height, abandonment, delusional detached from reality.

HE TOLD ME HE WANTED TO COMMIT SUICIDE IF MY PROGRAM DIDN’T GET HIM LAID… UMMM, I TOLD HIM HE ISN’T MY STUDENT, OR A GOOD STUDENT FOR THAT MATTER.

Its similar to aiming a fake gun to a police officer then getting an assisted suicide?

I don’t want any part of this crazy plan.

Worst of all, I told him my students got laid like 5’4 or shorter, he wouldn’t even watch the testimonials… but why did he train under me?

Is it this suicidal plan?

He won’t learn shit, or adapt.

One of the symptoms of BPD is fear of abandonment

BPD is characterized by the following signs and symptoms:

Overall, the most distinguishing symptoms of BPD are marked sensitivity to minor rejection or criticism;[13] alternating between extremes of idealization and devaluation, along with varying moods and difficulty regulating strong emotional reactions. Dangerous and impulsive behavior are also correlated with the disorder.

Other symptoms may include feeling unsure of one’s personal identity, morals, and values; having paranoid thoughts when feeling stressed; depersonalization; and, in moderate to severe cases, stress-induced breaks with reality or psychotic episodes.

I BELIEVE HE WAS BRUTALLY BEATEN BY HIS DAD, ALSO SEXUALLY ABUSED… SO THAT IS PTSD TOO, WITH BORDERLINE PERSONALITY

Like the movie Joker, the psychologist, therapist, social works failed him. They didn’t see these issues. I work with so many comorbidity mentally ill PUAS, that I have way more experience than those people working with these types

There is a strong correlation between child abuse, especially child sexual abuse, and development of BPD.[62][63][64] Many individuals with BPD report a history of abuse and neglect as young children, but causation is still debated.[65] Patients with BPD have been found to be significantly more likely to report having been verbally, emotionally, physically, or sexually abused by caregivers of either sex.[66] They also report a high incidence of incest and loss of caregivers in early childhood.[67] Individuals with BPD were also likely to report having caregivers of both sexes deny the validity of their thoughts and feelings. Caregivers were also reported to have failed to provide needed protection and to have neglected their child’s physical care. Parents of both sexes were typically reported to have withdrawn from the child emotionally and to have treated the child inconsistently.[67] Additionally, women with BPD who reported a previous history of neglect by a female caregiver and abuse by a male caregiver were significantly more likely to have experienced sexual abuse by a non-caregiver.[67]

I mean the entire daygame system is based on science, psychology, scientific studies, evolutionary psychology… everything

I’m not stupid, I can see through it.

I know more about psychology than the psychologist, I work with these people all the time… but some of you needs to stop treating this place like a mental asylum or hospital. It isn’t…

Of course those types of problems with make people borderline, or suicidal, I wouldn’t blame him for it, I would blame his dad…

HIS DAD BEATS HIM, SAME STORY, SOME EITHER GETS TOUGHER, SOME GETS WEAKER.

The first 7 years of your life your self esteem is programmed.

IN THIS MOVIE JOKERS GOAL WAS TO COMMIT SUICIDE IN FRONT OF A TELEVISION AUDIENCE, HE DIDN’T GO THROUGH WITH IT. HE SHOT THIS GUY WHO TORMENTED HIM INSTEAD…

IN THE MOVIE HE SHOT THIS TORMENTOR IN THE HEAD. WHICH WAS A GREAT PERFORMANCE

I own this movie on Blue Ray, but I have not watched it yet, since I never stopped working during Covid 19. You think I would take a break, I didn’t. I know it sound crazy, but this movie has been sitting on the shelf since it was released 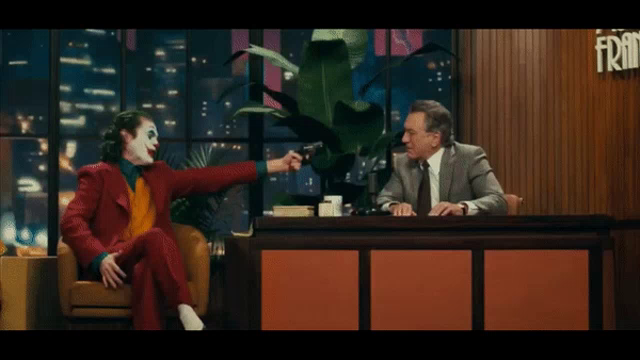 He had an instructor who told him to get plastic surgery, then leg extension surgery.

He really took it to heart..

WHEN HE FIRST GOT MY PRODUCTS, HE ALWAYS RESISTED EVERYTHING. I TELL HIM WHAT TO DO, THEN SAY OMG…. HE DISAPPEARS FOR 2 WEEKS AT A TIME

IN FACT THIS STUDENT LOOKS IDENTICAL BEFORE WITH THE HAIRSTYLE, THE NOSE SHAPE, THE HAIR COLOR, CURLY HAIR. NOW HE HAS A BETTER HAIRCUT. BUT THAT TOOK 2 WEEKS… HOW THE FUCK IS HE SUPPOSE TO GET RESULTS IN A MONTH IF A HAIRSTYLE CHANGE, HAIR COLOR CHANGE TAKES 2 MONTHS? 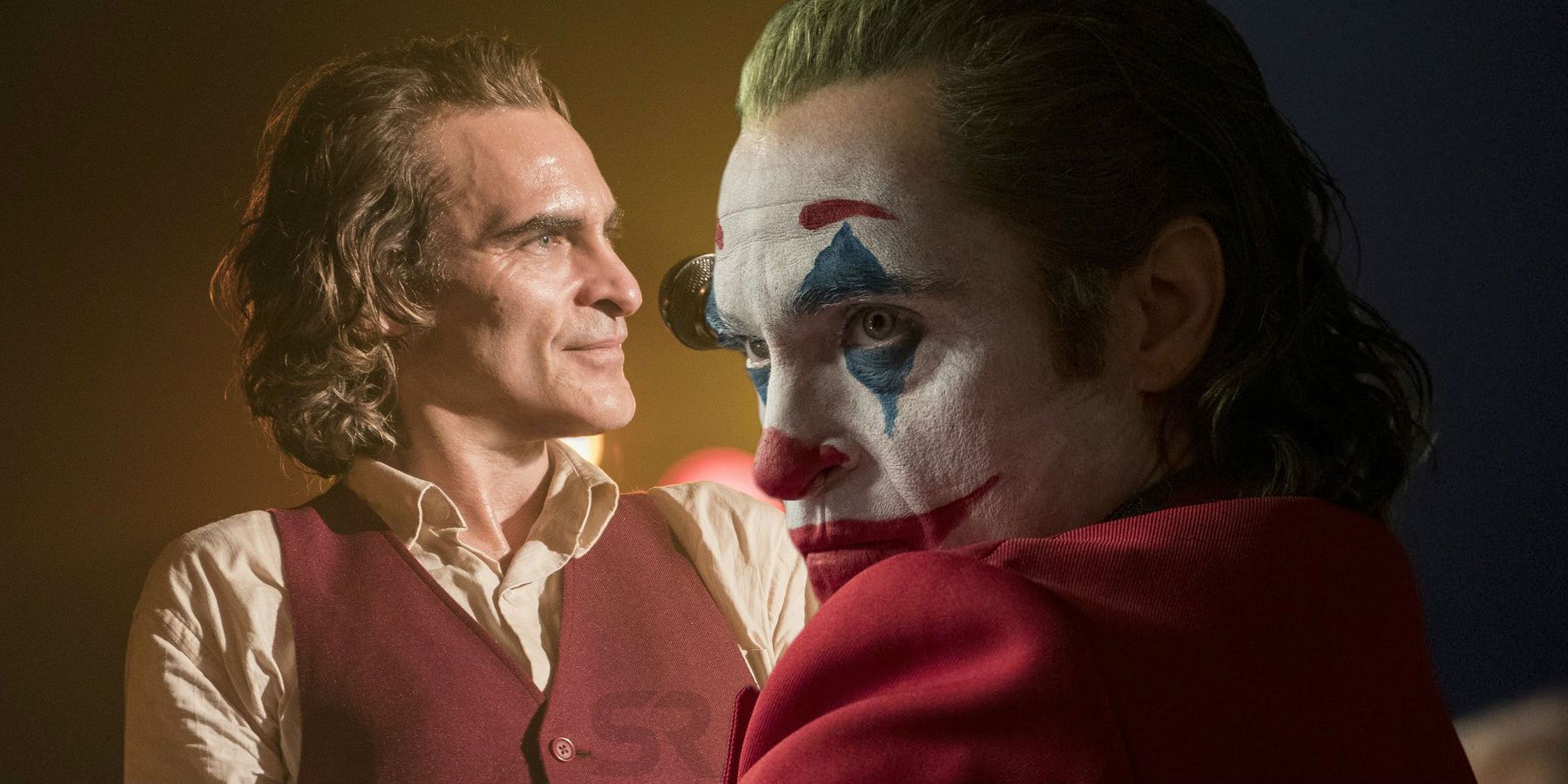 Yeah, this year I figured it out, it wasn’t easy.

An impossible case is 100X more fun to teach than an unteachable, even if they are similar… but very different.

With enough action I have seen huge shifts, changes with impossible cases. They get results.

With unteachable cases, you see no results, or if they got a result once, it will take a week.

HE WAS LIKE JOHN, YOU TOOK THIS ENTIRE YEAR TO LEARN HOW TO TEACH IMPOSSIBLE CASES. CAN YOU

IT’S EQUIVALENT TO A GUY LEARNING HOW TO SHOOT 3 POINTS IN BASKETBALL, BUT TOOK AN ENTIRE WEEK TO GET THE BALL IN THE HOOP, THEN IT TAKES MORE TIME TO DO THAT AGAIN…

IT WAS THE SAME FOR HIM WHEN HE WAS ON STAGE. AS I TELL MY STUDENTS WHO ARE DELUSIONAL… IN THE MOVIE JOKER SAW A DIFFERENT REALITY, LIKE THE VR GOOGLE EXAMPLE WHERE YOUR PERCEPTIONS ARE DIFFERENT… BUT IN REALITY, IN THE MOVIE HE WAS MOCKED ON TELEVISION FOR LAUGHING NON STOP, BEING A BAD COMEDIAN… 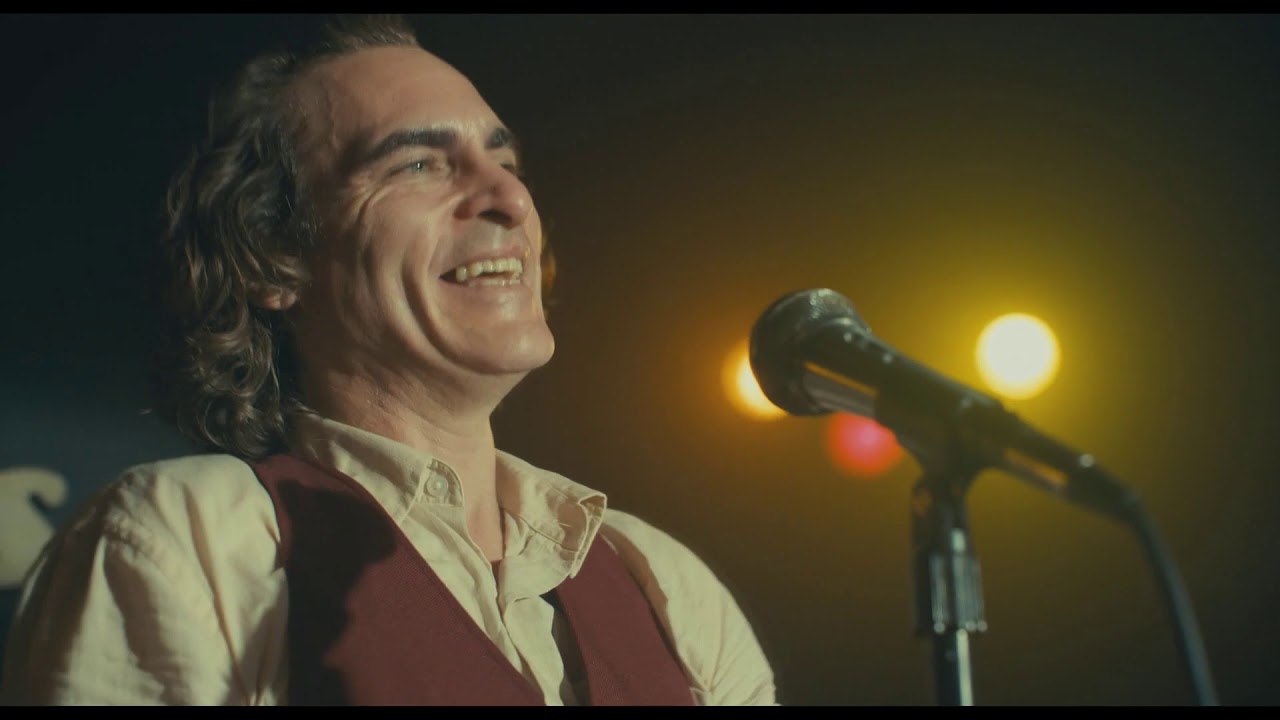 He felt he worked really hard, was teachable in his delusions…

JUST LIKE WEARING VR, EVERYTHING IS DISTORTED… HE FELT HE WORKED HARD TO GET THAT ONE PHONE NUMBER CLOSE DOWN…

SO I QUIZZED HIM, OKAY LETS HEAR THE OPENER THAN… GUESS WHAT HAPPENED?…

HE SAID OUT THE OPENER, THE CLOSER, IT WAS JUST AS BAD AS THE  JOKER LAUGHING ON STAGE. HE WASN’T COMPETENT AT IT. THE CORTISOL, OR STRESS GOT TO HIM

What is affecting my impossible case students is the cortisol, or stress hormone.

For him it was a lot of stress.

INSTEAD OF LAUGHING IT WAS STRESS

IT WAS HORRIBLE, EVERY MISTAKE YOU CAN MAKE.

Of course the conversation was stressful, of course.

But at the same time… that is the kind of stress that they will face.

I let him hear another student who was having his infield analysed, this student also said the other unteachable case sounded like he had some accent problem, also he interupts her non stop…

But that is under stress, cortisol.

It was his delusion, fell apart in front of his very face.

I have to figure out how to give him back his money for the bootcamp, which will basically clean out all my profits for this month, although a week went by. It would be like working for free for a year, great. Fucks up my whole plan, a liability. Dude paid me with Interac, bank transfer… I’ll figure out what is his Paypal.

I’m going to buy my way out of this bullshit. I won’t want his suicide tainting my business. In the future if there are resistant students, unteachable they won’t be allowed. I just never qualified students. I should of known for those times he resisted advice, then disappear for 2 months at a time with metal bullshit…

Throughout Covid 19, the other red pilled dating coaches will suffer.

Their sheep tactics, where they turn people into sheeps by infields, people can’t afford to worship during war time.

I also should fix all the thumbnails for my bootcamp, Covid or not.

I just don’t have time.

I need to replace him as a bootcamp student with someone else.

THERE IS NOTHING MORE DANGEROUS IN DAYGAME THAN DELAYS, WHICH WILL BURN YOU OUT EASILY, ESPECIALLY DURING COVID 19

I let a lot of the students who are mentally tougher, 3 were military or ex military.

WHAT ADVICE CAN I GIVE TO THE FORMER STUDENT? LAST ADVICE…

IN THE NEXT POST IF I WERE TO CREATE A SOLUTION FOR IMPOSSIBLE CASES, WHAT WOULD I DO? IF I HAD TO INVENT A NEW WAY TO TEACH THEM.

THE GUY DID SAY YOU FIGURED OUT IMPOSSIBLE CASES, BUT WHAT ABOUT UNTEACHABLE?

THE BETTER QUESTION IS WHY WOULD ANYONE WANT TO TEACH UNTEACHABLE?

MAYBE DOUBLE OR TRIPLE THE PRICE IN THE FUTURE, SINCE THEY REQUIRE WAY MORE WORK

I TOLD HIM I WOULDN’T TEACH HIM IF HE PAID ME A MILLION DOLLARS,

NOT PUTTING MYSELF THOUGH THAT, WHERE I WILL BE PART OF HIS ASSISTED SUICIDE PLAN. THAT’S DELUSIONAL

He doesn’t even know my student results for the video testimonial, which makes me think I was some fall guy for his plan.

I want no part of it.