As you can tell yesterday it was one of the toughest days of my life coaching a student who doesn’t listen, gets narcissistic and keeps feeling proud

You know as John Elite, when it comes to being a daygame coach I am first place in the entire world.

I was very dissapointed at this student. So i’ll be calling out impossible cases…

FIRST  OF ALL, THE REASON THEY ARE IMPOSSIBLE CASES IS THEY ALWAYS FEEL THEY ARE RIGHT

Even if it was so tough to teach him, we had to spend so much time working on his vocal control. Then finally body language. The biggest lesson I had to teach him was feel something.

Seems the only thing he felt was narcissism.

Then he was beaten by a white guy

When I was teaching him, he was so proud, as soon as he got narcissistic. You gave him a mini compliment. He would go from concious competence which took hours. Back to unconcious incompetence

He would look at himself in the mirror, then he would feel narcissism. Thinking he looked K-Pop?

My old pics looked more K-Pop than him.

That was how bad it was.

Everything he has every accomplished in his life, was because of me.

He is engaged I believe. That was me

He closed 2.2 million, that was me. Even if the banks won’t finance now

Like Brian said, no matter what he did, it was never good enough for the old man

That is true, it is never good enough for me.

Like what Gordon Ramsay said, when the standards drops its game over.

Sorry but that isn’t good enough.

Next year, if I can still stand him, that liability.

There is still a lot of fucking work to do.

I still have to teach him some emotional impact.

By emotions, I don’t mean just pure narcisissm in his fucking speech.

WHY DELUSIONS AND NARCISSISM IS DANGEROUS

I wasn’t on Youtube Live for 6 fucking days to teach him. While I didn’t lose any money, I actually made more.

But I could of made even more.

I’m not in it for the money. Nor do I care about money. Its great, I enjoy making it. But I enjoy teaching non retarded students.

WHAT THE FUCK WAS THAT, THIS GUY WAS PURELY DELUSIONAL.

You give him instructions, in one ear, out the other.

When you deal with autistic narcissistic people.

I’m just venting, but sometimes when you are teaching autistic students, you say god please get me though today, yesterday was really one of the lowest points of my career.

This guy was so narcissistic, so proud, he just couldn’t understand me.

Every time he felt proud, he goes from concious competence which took a few hours, all tthe way to unconcious incompetence.

This is something I want to talk about on Youtube Live today. Skills.

I thought I had narcissism, but doing an online test he actually placed higher than me in it. Which is odd… if you knew my score.

He was proud for no reason at all.

I mean I have 432 laid/pull testimonials.

There is so much more I haven’t had the time to video edit and censor their faces. That is nothing.

I spent so much time trying to train him, dude is cock blocking himself, his own worst enemy.

IN THE PAST I VOWED TO NEVER TRAIN A DELUSIONAL PERSON AGAIN. YET THE UNIVERSE STILL WANTS ME TO TRAIN THEM REGARDLESS

I’ll be back on Youtube Live soon. I don’t know if I want to keep posting testimonials. I can for the rest of the year if I schedule them.

Or bootcamp clips, I can for the rest of the year

But I want to be on Youtube live, wasted so much time teaching this student.

I guess not everyone is talented. Some are just designed to fail.

I do feel mentally destroyed or exhausted, or a lot of mental pain. It didn’t feel good lately. Like burnt out on these low skilled people.

This is how I feel

So next time you think its funny or cute to act retarded, for all other students… Most other dating coaches will ignore you and take your money.

For me, don’t expect any mercy.

I decided to keep teaching him public speaking so he completes his lessons. The emotions aren’t there.

While most people thinks I don’t have emotions. When I am on Youtube Live you can feel it because I mean every fucking word I say 100%.

He just tried it again copying another toastmasters winner in the past. He can’t even hit the right emotions.

It was pure narcissism and purely sounds artifical. Like he is trying to prove he is a good speaker, rather than he is.

I’M NOT A PUBLIC SPEAKER, BUT THE LAST 4 LIVE VIDEOS, ALL LIKES, PEOPLE FELT IT. THE TOPIC CUTS A BIT TOO CLOSE TO HOME FOR SOME PEOPLE. MAYBE JUST A BIT TOO RAW. WITHOUT ANY SPIN.

I’m not a public speaker. I’m not professional trained. But I can speak.

I don’t know how I learned this, I never was taught. But I can speak for hours.

If i’m not on there today, i’ll be on there soon. I’m just tired. Mentally tired.

UPDATE: WOKE UP FROM A NAP. A GOOD TIME TO STREAM, BUT NOT FEELING IT

These are the afterthoughts.

Dude was so narcissistic, he kept having this stupid expression of narcissism, but it was a bottomless pit of patting yourself in the back.

In the past, I used to brag, show off, like fuck you all.

One testimonial after another, around 250 to 300 testimonials. I was at my worst.

I myself was a narcissistic person.

Like no dating coach compares. You all suck this and that.

One day I got some self esteem.

I KNEW I WAS GOOD, I ALREADY HAD THE MOST TESTIMONIALS IN THE WORLD SINCE I WAS GAMINGELITE

But it felt like an empty pit of bragging.

Something happened, I developed self esteem. I didn’t care to show off. I didn’t have to anymore. I had nothing to prove.

After a while, I didn’t care to show off.

For him he didn’t even achieve anything without me.

They turn red eyed, let it get to their head

For me I never let it get to my head.

I was happy for all the testimonials, but I am more proud of my student results instead of myself.

Their lives are forever changed.

That lesson from the movie spiderman. When you empower people with skills, or abilities, the will take you for granted eventually, the pride, red eyed lower self, then the fall.

Since I have narcissistic personality disorder. When I have self esteem, it doesn’t activate. Which gives me all the other powers it comes with.

A clear mental filter and a sense of purpose.

Without the ego or narcissism, I get nothing but an unwavering resolve, to the point where the corona virus doesn’t even bother my mind.

I never stopped working, but perhaps I need one day rest to watch a movie or something.

It felt like a weight lifter, who never had a bad meal for a year

What movie should I watch? While most of society has been just watching netflix…

I have been spending the entire time working on my skillset.

The sheeps waits, the elite rebuilds their skill set. 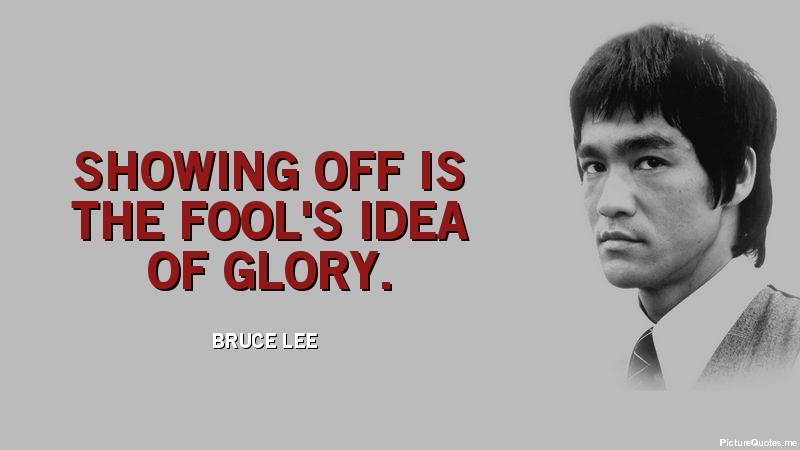 UPDATE AGAIN, I TOLD HIM TO STUDY SOMEONE WHO WON BEFORE ON TOASTMASTERS, THIS GUY CAN’T EVEN HIT THE EMOTIONS. RATHER HE LOOKS 10X MORE NARCISSISTIC THAN BEFORE

There is no cure except self esteem.

Self esteem equals lower ego, but for some reason, he lets it get to his head

No wonder he didn’t win.

Narcissistic people are a walking disaster.

There is no cure.

This is something we have to talk about. The mental health of PUAs.

Also, autism is bad, but second worst is narcissism. Almost all RSD victims has it. He was a RSD victim.

Every single Tyler concept he absorbed. It ruined his life

He can’t stop spam approaching in everything he does, practicing with no skills.

HE ALWAYS BOUNCED BACK BECAUSE HE WAS TALL AND DECENT LOOKING. PEOPLE FORGAVE HIM. HE NEVER HIT ROCK BOTTOM… HE DID, BUT HE JUST KEPT BLEEDING MONEY

Orginally I was going to work with him in terms of business. I already turned his business around for one of them. He closed 2.2 million.

But I wonder if he can go further or destroy his own future brand with that chimpanzee looking narcissistic face.

PUAs can’t see the narcissism, but the general population can.

PUAs are autistic, not all but a lot of the RSD victims or impossible cases.

He also is autistic too.

Maybe they are designed to fail.

Maybe I should of just not empowered shitty people

Narcissism will help you if you have high SMV. Women will mistaken it as confidence. It can be vibbing your value. Without value, narcissism is dangerous.

Without me, he would of starved to death during the corona virus. He made enough this year training him.

But now as he is pretending to have empathy, like my Chinese students, he can’t stop smiling at the corner of his mouth

Its true, these two races has the most controlling narcissistic parents.

Its genetics, the dark tetrad

They want control. Indian parents for you to send them back money

That’s how they think.