Sheeps are fearful, thinking of survival. I am thinking long term and I don’t allow my adrenaline glands create the stress hormone called cortisol

The qualities I see with sheeps are they need to worship. They are greedy and they are emotional where fear hormone cortisol is injected in their system to the point where they can’t think.

WHY DID I INVEST IN MY OWN EDUCATION INSTEAD OF BUYING NON STOP TOILET PAPER? 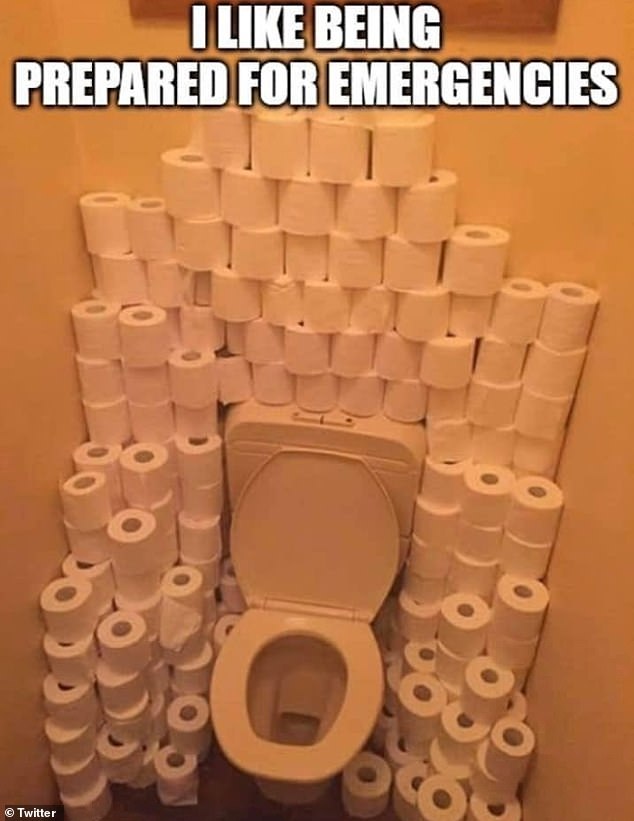 First of all I already have tons of toilet paper. So I don’t need anymore.

Second of all, if I am going to be home self quarantining, I am not just going to sit around with a thumb up my ass like most sheeps. Time is money, I would want to invest my precious time into learning a new skill, a high income skill

Imagine you wasted that time being a scared sheep. I would rather invest that time.

I invested in a lot of books. Not just any books but those who actually made it. I’m not talking about gurus. But those who proved they can get student results too.

Its a collection of mental filters

THE DIFFERENCE BETWEEN KNOWLEDGE AND WISDOM

This fucking pyramid keeps showing up

Do you think he is scientific or RSD? Nope

Am I scientific, yes.

The bible is saying the world fools instead of sheeps or snowflake cunts. But whatever the term is, it all means the same thing. Stupid idiots sheeps with a thumb up their ass with a low I.Q. Like Justin Wayne fans. The lowest I.Q ungrateful sociopathic negros. Or Asian RSD fans who are narcissistic snarling at you needing to worship.

WISDOM PROTECTS YOU FROM MISTAKES.

WISDOM SAVES YOU YEARS OF YOUR LIFE FROM BULLSHIT

WISDOM COMES FROM MISTAKES, THE SAME MISTAKES I MADE FOR 18 YEARS

WISDOM COMES FROM ABOVE, THE UNIVERSE, ALSO A TON OF MISTAKES

WISDOM IS SOMETHING THAT HAS THE RIGHT NEUROPATHWAYS

WISDOM IS WIN/WIN, HIGHER SELF MENTALITY

WISDOM GETS YOU LAID FASTER AND MORE EFFICIENTLY

WISDOM GETS YOU A GIRLFRIEND FASTER WITH THE SEXUAL CONNECTION. MORE YOU GET LAID WITH HER THE MORE SHE FALLS FOR YOU AND EMOTIONALLY INVEST

The biggest problem is you think you are getting wisdom from RSD or Todd Bullshitine, getting pissed off at me for mentioning that.

What have you learned?

You have learned fuck all, or nothing at all…

BAAAAHHHHAHAAHHHAAHAHHAHHAHAHHAAAAAA thumb up your ass, money down the drain.

I GET IT, MOST OF YOU CAN’T READ. BUT I ALSO INVESTED IN COURSES AND EDUCATION.

ITS ALL ABOUT THE HIGH INCOME SKILLS

I see myself as the best investment in the world

I have high self esteem and I believe I should learn these skills.

For you guys, when you see my courses… you have to realize, how much self esteem do you have of yourself? you already seen all these testimonials.

WHY I THINK MY BUSINESS IS RECESSION PROOF. WHY YOU SHOLD INVEST IN YOUR SKILLS IN DAYGAME AND THIS IS THE ONLY WAY TO GET IT IN DAYGAME

I work on my skills, like copywriting. I want to improve so I can communicate better and help more people getting them laid.

It’s important to work on my skills and I want to help you work on yours during this economic downturn.

Why not work on sales skills? I already can teach others to close millions of dollars in deals. Do not be afraid of getting on the phone with me. If you are serious about my products or services. You might think John can sell ice to Eskimos. I won’t use the sales tactics on you.

Its just based on my daygame system, the pieces of it transfered over. I figured if one area is already the top of the world, why not transfer it to sales. Must be persuasion, same shit.

Public speaking, I have improved that skill a bit, made a few tweaks.

Its not about me, its about you.

ITS ALL A SKILL AND I WANT TO TEACH YOU GUYS MY GAME. I WANT TO TRAIN YOU LIKE THE SAME WAY I TRAIN MY STUDENTS.

MY STUDENTS DOES A LOT OF DRILLS AND PRACTICE.

SOME EVEN AT HOME.

INVEST IN YOURSELF, IT SHOWS HOW MUCH SELF ESTEEM YOU HAVE.

Cheap people doesn’t believe in themselves.

I often tell them to fuck off and go to RSD to fail.

I mean if they are that poor they might as well get screwed over.

A LOT OF MY BUSINESS WAS ONLINE. I CAN GET PEOPLE LAID JUST FINE ONLINE

Of course he still has to sell it and then we make the money and split it from the commission.

This is with my sales skills.

I do close 90% of the time. Well in a win/win situation, I give clarity. But i’m pretty good at sales. My whole family except my dad is. My brother beats everyone every single year and my mom before was number one in a company.

I don’t want people to be scared like oh shit, you get on the phone, John can even sell ice to eskimos. I don’t have to, most people who wants to train with me already made a decision on the copywriting or sales letters or content. I don’t have to close you.

But I look forward to training with you.

I want students who are teachable and mentally tough. I’m projecting that out there.

I am looking for guys who are adaptive and have grit, mental toughness like a Navy Seal.

I DON’T SEE ANY OF THE MONEY UNTIL HE SELLS IT, THEN WE SPLIT IT. IN EXCHANGE FOR ME MENTORING HIM.

But so far every single thing I told him worked.

He had a bit of an ego thinking he knew. A lot of guys thinks they are experts or great. But in reality, they aren’t.

What I told him was hard to accept for my tactics. Most people have opinions as facts.

He is grateful being mentored by me, he just closed one deal after another.

The black guy he didn’t close still called back, dude hangs up, he has no empathy.

I think in the future he is still closeable.

OF COURSE MY SYSTEM IS MORE BASED ON MY DAYGAME SYSTEM, PERSUASIVE. BUT STILL, AT 90%  CLOSE RATE FOR SALES. I HAVE HUGE UPGRADES TO IT, TO SELL HIGH TICKET. EVEN MY MOST EXPENSIVE PROGRAMS AREN’T 100K OR SOMETHING OR OVER A MILLION. BUT STILL IT IS TRANSFERABLE TO MY STUDENT

IF YOU FOCUSED ON THE SKILLS ASPECT, LIKE YOU SEE IN THIS VIDEO, TONALITY IS EMOTIONS OR SKILLS, BODY LANGUAGE IS SOCIAL CALIBRATIONS, THE SALES PART BECOMES EASIER.

THE VALUE IS BASED ON WHATEVER YOU ARE SELLING. OBVIOUSLY NOT EVERY DAYGAMER IS THE SAME VALUE

WOMEN ARE ALREADY INTO THEM

So that isn’t even game, just being a better product where they have to just vibe it.