When I first made a trailer for Kaizen, he said sign up me. You will see…

After he signed up I had a consultation with him, or a strategy session before he began.

HE SAID YOU WILL SEE WHY I SIGNED UP TO THIS PROGRAM JOHN.

He already bought my bundle long ago, so he kind of knows what I teach, he wanted to go further.

HIS BODY LANGUAGE WAS THE WORST I EVER SEEN.

It was almost like Parkinson’s disease, where his whole body was moving the wrong way.

He said could you fix this?

Everything had to be rebuilt step by step. The first day was just learning how to relax and not move. It broke things down to the basics.

The category this course helped was social calibrations to the max

Yes I know its easier if you are tall and white.

I don’t hate white people, just white dating coaches. They don’t know what the fuck they are talking about when it comes to daygame.

I basically changed his action and his results started to change. His beliefs changed about himself and he saw himself with potential again. For 30 days he was in an upward spiral. People at work treated him better too.

This course cost over a grand, you are literally taking one month out of my valuable schedule for 30 days. You need 21 days to form a habit. 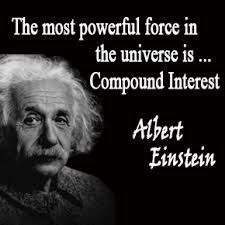 You might not even realize how bad your social calibrations are. You don’t know if you are creepy or not, but I can see it. I know it. You don’t.

I’m looking towards the Asians and Indians.

Someone out there, they might see this course and say Yes, this is exactly what I am looking for. Sign up today. One month, all you can eat basically. Non stop, all you can practice. If you slack off, well you are betting against the house. Good luck.

Upon further reflection, I realized most of the time people see minorities and I am attacking white dating coaches.

But they don’t see a student like them with the same skin color or eye color as them. So they kind of just dismiss it.

People like things that are like us. In order to really penetrate the minds of the industry, its okay to have white students too.

Also Asian guys for example do worship white dating coaches because they think race doesn’t matter. But if I get white guys results faster, then to them it is like wtf.

I do focus on minorities the most, but also, last month it was all white students and one Asian guy. But where were you that month?

But i’ll be uploading Asian men testimonials on my second Youtube channel soon.

I’ll be adding more testimonials that will cover every race too. Lots of video editing to do.