WHY ARE ALL MY NEW STUDENTS WHITE THIS MONTH? WHAT HAPPENED TO MINORITIES?

Not sure why, but okay. Yes all my students are white this month. Where the fuck are you minorities? Where were you on that one dipshit?

Old bootcamp student. The reason he was let into a runway model show many years ago because I was connected to the inner circle of players back then. They let me in for free. So the bootcamp took place in there for the third day before.

Might shock you but a lot of my students were white when I started out teaching. This was like 4 years ago or more. But during the first year a ton of white students. My Pakistani mentor let him in. Was like what is wrong with him? I told him, Aspergers.

He had Aspergers syndrome and I haven’t created Elite 30: From Hardcase To Hero yet.

Program is still on sale for this month. Normally I don’t do sales. But its raining, why the fuck not.

Some of the conversational techniques were derived from this student. That’s why I started to teach conversational skills during the first day of bootcamp if the student had difficulty.

No amount of game would have yielded any results unless the entire first day of bootcamp was purely on Elite 30 style of skills.

Strange how social skills and social calibrations were that damn important before.

I didn’t give a shit if she was a runway model. I tried to pick her up before getting swarmed by a bunch of gay photographers. Lol, cockblocks. I don’t even care if she is like super tall. I don’t put women on a pedestal. 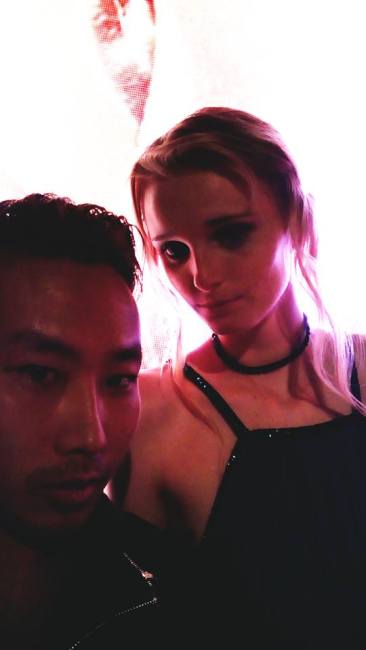 The new batch of students are all white. Ranging from another high school student, to a single older guy in London to a married white guy who wants a bit of fun on the side. What advice would I give white students guys?

Natural status yes all white people have 10/10 by default if they are tall and white. Yes it isn’t fair but that is just how it is. I know I taught so many white guys and got them laid. It was all tall white guys who got laid in the first few years and not Asians. It was really a mind fuck making me realize how opposite they are on the natural status chart…

I’ll get that white student laid in highschool, so another highschool student. Good thing he is actually good looking like Justin Beiber. Just need a fashion change and social calibratations, social skills. I remember my other Latino 17 year old student who had an approach to girlfriend with my training.

WHAT ARE THE 3 BIGGEST PROBLEMS WITH WHITE STUDENTS JOHN?

The first thing was their fashion. The daygamers always have baggy fashion. In almost all cases, it is the biggest issue.

If white people had my fashion sense, they will kill you all in daygame.

Most dating coaches who are white, are dumb as fuck. They think you just they will say groom, you are well-groomed, once you calibrate your fashion, you just focus on game. They say it with a dick coming out of their mouth.

They have no fucking clue how much more optimization they have. They only calibrate their fashion like 20%.

Fashion isn’t to be more fashionable, but fashion is framing.

I’ll say this again, fashion is framing. You are trying to dress in a way to fit into the 6 frames.

THE SECOND THING WHITE PEOPLE NEEDS THE MOST IS SOCIAL CALIBRATIONS. THEIR GAME FUCKING SUCKS. ALMOST ALL WHITE DATING COACHES

Lets look at the chart. Most white daygame coach enjoy a 10/10 natural status. Also, they enjoy a 8/10 for height, muscles and looks. Their game is really 2/10 if they dress like shit.

Ummm, they get results in being her type. I’m going to tell it like it is because I have trained more white students than most Asian dating coaches. I’m not going to censor anything to make more money like a mercenary marketer. This blog just is the gospel of the game.

FOR WHITE DATING COACHES, WHITE GUYS VALUE IS SO FUCKING HIGH, THEY JUST NEED SOCIAL CALIBRATIONS AND FASHION TO BECOME GOOD AT DAYGAME. BUT INSTEAD THESE DUMBASSES ARE USING GAME, DIRECT GAME AND FILTERING SMVING IT. NOT EFFICIENT 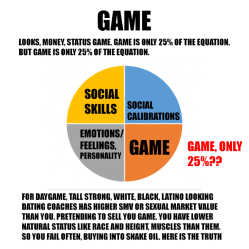 My 5’7 student was so happy I gave him fashion advice and he loved Elite 30: From Hardcase To Hero. He thought it was the best daygame program in the world.

Even another new white student was like holy shit can you really sell a program that good for only $160? Wtf.

Well it helps people get into my funnel because I don’t have many low ticket items to sell. Most of my coaching is more expensive. I operate under high ticket sales mindset. But I figured for Aspergers, most of these guys can’t even hold down a job. Or afford it.

5’7 white student gets a same day lay after using Elite 30 and my fashion sense? Wtf

THIS IS WHAT HAPPENS WHEN YOU TEACH A WHITE PERSON MY GAME. MY GAME IS SUPER HIGH IN TERMS OF LEVELLING. ITS A GAME OF VALUE, ADD THAT TO BEING WHITE. HE IS MY HEIGHT 5’7 AND YOU BECOME UNSTOPPABLE

THEY ARE NOT EXPRESSIVE, THEY TRY TO JAMES BOND IT, SMVING IT AND THEY RARELY EVEN TOUCH, JUST HANDS IN THE POCKET TRYING TO PLAY IT COOL

Imagine a short Asian person doing that, who has zero value, are you insane? That is no different than an Asian poker face, Asian poker emotions Asian poker tonality.

They are trying to be natural, but these white dating coaches has no social skills.

A PERFECT EXAMPLE OF HOW THEY SHOULD MOVE THEIR BODY

Very different than daygame. Maybe I shouldn’t post this online because most of them think to square off to her. which puts pressure on her. Its pressure and release, they just go direct getting swiped left…

White people are so bad at game because their SMV natural status and looks are so high. They don’t even need to kino or touch in daygame because they have this escalation resistance.

This student was working in the entertainment industry I can’t give details. Super good looking guy like Keanu Reeves looking. 3 lays, one pull on the first day of bootcamp but he didn’t know how to close

He was extremely afraid to touch. I had to force him for an entire day of bootcamp to touch. We would start shaking womens hands and giving them a hug, half hug, high five whatever to get over that fear.

For me that’s easy, my hands doesn’t shake when I do that, its comfortable. For him it shook like an earthquake.

HOWEVER, THIS BRITISH BOOTCAMP STUDENT WAS LIKE I DON’T GIVE A FUCK I’LL TOUCH IF YOU SAY I SHOULD

Dude ended up with 2 girlfriends, one 9/10 but she was Asian. 4 fuck buddies. He did bang one blonde women on his first approach to number close.

I was teaching a big Asian guy, who fingered a 6’2 blonde German women. Then got a same day lay with a pretty Asian girl and then 2 more lays average Asian with one pull where I was in the room.

Elite Playbook QFT or qualify flirt touch chapter was filmed in this hostel and he was there as I was teaching it. He just didn’t speak. So I indirectly taught him. He was taught by Todd Valentine at the time. Got a big laycount, mostly Asian women. He wasn’t trained by anyone else at the time.

I think self-proclaimed high laycounts guy tried to take credit for training him. Technically I did for one day by accident.

6’6, you can see how much of a midget I really am compared to him.

YOU SHOULD OF SEEN ALL THE BOOTCAMPS I DIDN’T FILM. I GOT SO MANY PEOPLE LAID IT IS SCARY. YES I AM THE WORLDS BEST DAYGAME COACH. BACK THEN ASIAN MEN DIDN’T GET LAID. ITS A MIRACLE TO MOST IF THEY DO GET LAID. BUT I CAN GET THEM LAID CONSISTENTLY NOW. BUT IT WAS ALWAYS A GAME OF VALUE, THAT’S WHAT I AM TRYING TO TELL YOU.

Turns out ABCS of narcissism was a bunch of lower self mercenaries with no daygame solutions for Asian men. They will be held accountable. Like I said, whoever hurts Asian men in daygame will answer to me. Even if they are Asian themselves with a tall good looking coach whom they only have one daygame laid testimonial. Pathetic.

I told him, I will if they pay me. Bruce Lee taught white people.

LIKE I SAID I DON’T LIKE WHITE DATING COACHES WHO IS LEVELLING AND SMVING IT. LEARN ABOUT LEVELLING CONCEPT HERE

Of course, height and race does matter.

But white dating coaches will continue to think its a numbers game, while SMVing it saying race doesn’t matter.

I’m updating the online services page. If you are still stuck in the game this is a good way to train with me one on one. The worlds best daygame coach for student results. I say that without hesitation.

But still Asian men should stop sucking off the white mans cock for daygame. Then does like 3000 approaches for one lay. Then think it works. Ummm, no… that is just playing a numbers game white dating coaches plays.

LIKE I SAID, I LIKE TEACHING WHITE STUDENTS. YES ITS EASIER FOR THEM IF THEY GET THEIR FASHION, SOCIAL SKILLS AND SOCIAL CALIBRATIONS TOGETHER. ALSO, USING MY CALIBRATED GAME DESIGNED FOR THE LOWEST COMMON DENOMINATOR.

BUT I DO HATE WHITE DAYGAME COACHES. THEY HARDLY HAVE ANY SAME DAY LAY INFIELDS, ANY PROOF. THEY ARE SMVING IT. WHILE THEIR CAMERA MAN IS GETTING BORED OF RECORDING 50 TAKES TO GET ONE INSTADATE.

Truth is most of them are sociopathic and aspergers deluded as fuck. Completely retarded, non-transferable game.