Of course, if I took steroids and I got big, it will just prove the SMV or protector status matters and it isn’t all about game.

Imagine if I did that? What a piece of shit will I be if I preached game and use steroids?

So why not take it and increase your results and pretend to the world I am working out when I am not, just injecting it and calling it testosterone replacement therapy?

Is it really game? Or would that just point at hypocrisy?

Wouldn’t it be easier when women are into you the second you approach? Protector status? Imagine if I just inject and don’t work out? What a piece of shit will I be?

Will that make me a lazy person? Who does everything to be lazy and short cut the game?

Of course protector status and height matters. Even certain races are considered positive stereotypes John. But why talk about this now?

Of course muscles matter, but I decided to go all-natural.

I never been able to build much muscles all these years. But do I take the shortcut route and just take steroids?

Of course not, I’d rather field test every workout plan until I find one that works and double down on it.

I’m also a bit afraid of needles, I have a phobia.

Also, when you get older, you will notice the side effects.

Imagine I was totally buffed and I took steroids. Wouldn’t that just disqualify all my results saying it is all game? Wouldn’t I be a total piece of shit if I did?

How can anyone justify steroids and use it for results?

I know it takes a while to get muscles, maybe even many years. But that mentality is like okay what is the laziest optimal way of milking dumb sheeps for their money.

I decided to use fashion. I can’t grow muscles.

If I were a tall strong guy, I would just pretend to invent bullshit where only other tall high SMV high ethnicity guys gets laid. My daygame system would be completely different, vs having no SMV.

One time I ate 21 lobster tail in an all you can eat. First time I got kicked out and ate 16. I shattered everyones record.

I EVEN FREAKED OUT THE PEOPLE NEXT TO ME WHEN I SAID YOU ALSO NEED ROOM FOR DESERTS.

My old roomate would always laugh, when we go to all you can eat. All the people at the restaurant hates my fucking guts. I can eat more than an entire family.

I also had Mongolian Hot Pot. That shit is the best ever. Holy shit.

You put meat into the broth and it is among the best food that I ever ate.

I also had another all you can eat that week. I had 4 and even that mongolian hot pot women were freaking the fuck out. My old roomate was laughing, as usual he often just eats like two plates and he is full.

I just don’t stop and he looks at the phone and just say John is at it again.

SOMETHING UNIQUE HAPPENED. I GAINED LIKE 15 POUNDS. THEN I STARTED TO WORK OUT.

I’m not now. But for skinny ectomorphs, guys always tells you, that you have to eat more.

Eating so much per week. I became 165 pounds. What did I notice?

My stomache got bigger, but my other muscles started to grow for some odd reason.

For skinny fucking people with no muscles. I think by not eating enough I need like many times the amount of food of most people. The amount of junk food I eat can kill most people in a week or get them fat. I gain almost no weight before.

The solution is to eat 4 all you can eat, to dirty bulk.

Then use branch chain amino acids. You can keep working out all day without getting tired. That gives you a steroid-like effect, faster recovery.

A guy at the Jason Capital event where I met Dan Pena wrote this for me.

I solved his dating problems and he got laid on tinder after fixing his hairstyle finally. I said he looks like from the 80’s.

He gave me this formula. I was working on certain muscle groups.

Then something interesting happened since my chest muscles rarely grow. My deltoids have no definition and biceps you can’t see from the front.

I had huge back muscles though but it isn’t developed.

Maybe the back was the only muscles that actually grew…

RATHER THAN JUST TRACKING WEIGHTS AND SLOWLY INCREASING IT, I DID THE OPPOSITE. I CREATED MUSCLE CONFUSION BASED ON THE CHART AND ONLY FOCUSED ON THE BACK MUSCLES.

I just wanted to see what happens if I worked on two muscles and back muscles only.

Turns out it grew a bit when I kept changing the rep range.

Now my arms on the side hangs differently on the shoulders. It looks like a macho man kind of dude with muscles. Except I don’t have muscles.

I only have back muscles and it fixed the weird shape to my chest which has like man boobs a bit. It stretched that out.

I slept more even if I did a few sets for some odd reason, the muscles wanted to grow.

Now i just continue to intermitting fast and get more shape from my muscles while maintaining the weight.

This might of been the way to get bigger for skinny Asians. Eat more, muscle confusion, different weight rep ranges and intermitting fasting.

My bootcamp students are required to widen their back.

THIS BALD DUDE WIDEN HIS BACK. GOT A SAME DAY LAY IN LAS VEGAS AND ONE IN VANCOUVER YRV AIRPORT AT A HOTEL ON HIS FIRST APPROACH IN A LAYOVER.

There will be so many bootcamp videos of students laid and pulling in the future, you will shit your fucking pants.

Hope you learned something. To me it is all a science and field testing. I hope you get a look into my mind. When something works I field test it with a few more students.

You are all required to fix your fucked up proportions first. Not just bulk all over.

Sometimes ignore the advice that is from big tall strong guys and do the exact opposite.

Fix your fucked up proportions first if you are Asian. Then worry about building everything evenly with compound exercises. Get the v shape first, it is the biggest part of the body and the one that shows up in the front angle. 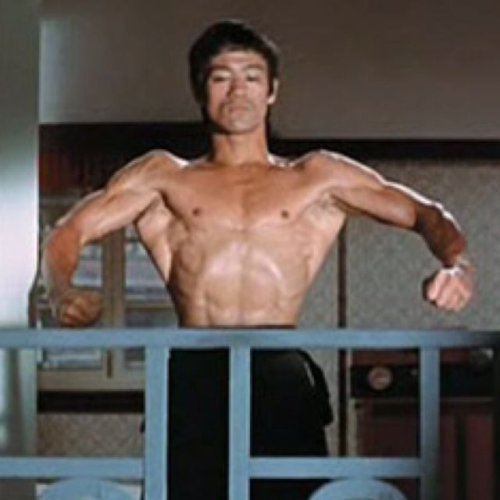 As crazy as it sounds, you don’t have to work on other muscles. My students will know which work outs to use. No amount of abs or biceps will show up in the front angle. Work on the back, the Pareto principle.

Stop saying that, what you are implying…

What are you trying to say John? you know others that takes it?

You think it is bad? What are you trying to say John?

So you are saying?? I CAN’T FIGURE OUT WHY YOU ARE TALKING ABOUT THIS, I’M DUMB, MY SHEEP MIND IS EMPTY, MY MENTAL FILTER IS EMPTY