If that is true, why would anyone even bother with romance? Just because Justin Wayne said so? This isn’t efficient for negative stereotype short minorities who doesn’t even fit into the boyfriend girlfriend frame. So why talk about love and breaking up, broke my heart? Do naturals even talk about romance? Nope, just sexual 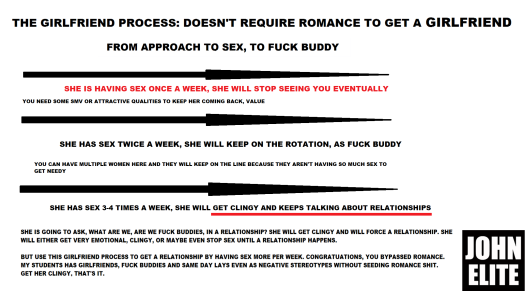 There I was, a dating coach for 6 years and in 2015 trying to teach Justin Wayne’s system using romance

The thing is, at the time was samepagology, framing.

HIS GAME WORKS FROM OPENING, TO BASIC SOCIAL COMFORT TO SAMEPAGOLOGY

Sounds complicated, but it is not. It is basically opening, going to comfort without building attraction. Since tall protector preselected black guys are boyfriend and girlfriend types with white women.

Then like a social circle, with an escalation ladder, you go up to the romantic connection. You half hug, hand hold for 2 minutes and you kiss. Say I like you do you like me?

Somehow that creates a romantic connection of a social circle. SOUNDS GREAT IN THEORY RIGHT?

Most of the real naturals who has trained me were nothing like the dating coaches. They had perfect social skills, emotional intellegence. They sexually flirt and deal with objections well. Also their vibe is different. Their game tactics are always different. 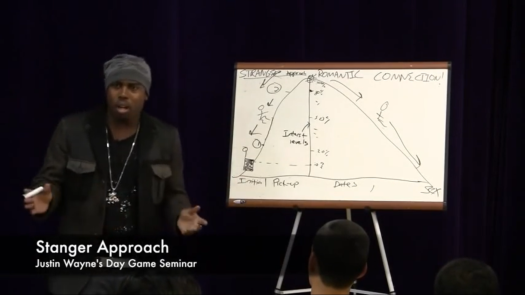 The big problem was that not everyone who is a negative stereotype fits into the boyfriend frame so romance will auto-reject you.

That meant suddenly I was using romance and samepagology saying I like her does she likes me?

She often says as a friend, AS IN THE 3RD FRAME THERE..

which romance destroyed my game as a negative stereotype.

I focused on sexually seeding and sexualizing the conversation so much

or doing something extremely sexual like putting her hand on top of my dick blaming her for my erection,

putting a condom on her hands looking for my keys or wallet.

This was way more efficient and this romantic shit is unnecessary. Its just theories from a positive stereotype black dude.

Instantly it became crystal clear to me how to turn a fuck buddy into a girlfriend because you can get a girlfriend without any romance which only works for positive stereotypes that fit into the boyfriend/girlfriend frame.

My plan was to start teaching the sexual connection all along, or I thought I did 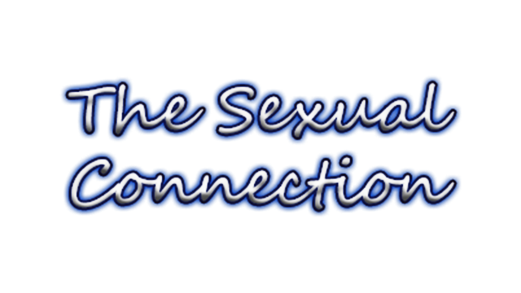 So I started teaching students to sexualize it completely at the top of the escalation ladder.

A yes ladder I use for instadates. But I didn’t stop there.

I then cut romance completely out of the game.

After that, I started to focus on getting laid to a fuck buddy by having sex more per week, until she gets clingy and talks about relationships.

Building on that success, I decided to just focus on lays and getting her clingy so she talks about relationships.

I call it “the girlfriend process”.

With the sexual connection, I can now get students girlfriends without being a positive stereotype that fits into her life as boyfriend material since that means height and race advantages in the sexual market value!

THEY GOT A GIRLFRIEND LEARNING THE SEXUAL CONNECTION, SO WHAT THE FUCK ARE YOU TALKING ABOUT? ROMANCE. HOW YOU FIT INTO HER FRAME

I’m sure there are a ton more.

IGNORE THE LOGO, I ALWAYS TAUGHT MY OWN VERSION OF GAME. NOTHING I SAY ON SKYPE OR BOOTCAMPS USES ANY ROMANCE EVER.

I always thought I taught my own daygame system. So if anyone is trying to utilize my testimonials. Lol, do you think these students say shit like trying to fall in love with you? (Is that how your parents or grandparents or anyone with social skills met? Nope. That is why Elite 30 is never going to get old, it is social skills and social calibrations)

No, they just get laid and if their value exceeds the girls then she becomes his girlfriend.

Sometimes muscles, height helps for relationships or a higher golden ratio for the face. Ugly guys might be better looking than they initially thought. You get your equal in SMV value or below most of the time. It depends on the location too.

Most of my game is keeping her on the line, objections dealing, sexually seeding it and closing. An adaptive, structural but natural and adaptive game.

DON’T LET ANYONE TELL YOU, THEY DON’T CARE ABOUT LAYS OR STUDENT LAYS. ITS MORE ABOUT ROMANCE AND GIRLFRIENDS. BUT THAT ISN’T REALITY.

ONCE YOU GET IT IN, YOU FIT IN AS BOYFRIEND GIRLFRIEND FRAME, SHE EMOTIONALLY INVEST.

NOW YOU HAVE THE POWER. You have all the chips once you banged her twice. She stays on your rotation.

I hope that brings you some clarity, the sexual connection is a very effective method of getting a girlfriend. Even better if you are husband material, she will chase you. Bang you just to be able to have a chance to be a fuck buddy to girlfriend.

I have seen that from my Pakistani mentor.

Maybe if you are a tall white guy and you wanted to go for Asian women, I might teach you a bit of romance. But it’s not necessary. I don’t even teach my bootcamp students that and they still get girlfriends and fuck buddies. It’s their SMV relative to hers and value that determines such things. Even my tall black students don’t use romantic shit. Justin Wayne doesn’t have many daygame testimonials of student results. Doesn’t even work for his tall, sociopathic black students who are Justin Wayne dick riders.

In this rotation stage, women when they get an orgasm, they either get super clingy or they totally reject you or turn completely toxic. Its nothing in-between, at least for me in my experience.

MY PAKISTANI MENTOR FOR THE INNER CIRCLE ONLY BANGS 9 AND 10 INSTAGRAM MODEL LOOKING WOMEN FOR SOME ODD REASON. HIS MINDSETS ARE DIFFERENT AND HE WORKS ON LIFESTYLE TOO. ITS DIFFERENT THAN THE NORMAL PUA SHIT. IT SEEMS IMPOSSIBLE TO ME SOMETIMES, BUT IT WORKS FOR HIM. FUCK ALL THE IDEAS YOU HEAR IN THE DAYGAME INDUSTRY, IT IS CREATED BY A BUNCH OF AUTISTIC SOCIPOATHS WITHOUT SOCIAL SKILLS.

THINK OUTSIDE THE BOX

I 100% stand behind this post. This isn’t some redirecting of mindsets or marketing positioning against Justin Wayne’s romantic concepts or anything. This is the cold hard brutal honest truth of the game. I don’t have time for theories and neither do my students.

My students and potential students are tired of theories, high SMV and other kinds of shit telling them what to do. They want some real shit.

GET THE BUNDLE ALREADY, STOP BEING DIFFICULT. ITS SELLING LIKE CRAZY AND YOU GET TO SKYPE WITH ME UNTIL YOU GET LAID AND BECOME A TESTIMONIAL. 5 SKYPES INSTEAD OF 3.

This month it has been selling like crazy for some odd reason. Whatever, bundle month

This might make a good Youtube Live video. I’ll just read it out loud. I just wing it, I don’t have a script usually.