There I was, a person field testing every style of game trying to field test natural and direct. Even teaching it.

The thing is, at the time I was trying to getting it to work with lower SMV.

The big problem was that they keep telling you that structure was unnatural and you should be brutally honest.

IGNORE HIS SOCIOPATHIC EYES FOR A SECOND SINCE MOST INDIANS ARE LIKE THAT. IMAGINE HIM TRYING TO BE BRUTALLY HONEST WITH WOMEN. YOU THINK THAT WILL WORK ON A NEGATIVE STEREOTYPE?

That meant that when you have lower SMV being brutally honest is the worst advice ever, which make everything worst.

IMAGINE HIM BEING BRUTALLY HONEST LISTENING TO TALL HANDSOME WHITE DATING COACHES THAT HE NEEDS TO BE AUTHENTIC? HE IS AUTHENTICALLY CREEPY AND LOOKS LIKE MOST RSD VICTIMS

I realized these are tall good looking white guys who preach brutal honesty because they have a higher value about being natural, but tactics and adaptive!

OF COURSE, THESE TALL GOOD LOOKING DATING COACHES CAN TELL YOU TO JUST VIBE IT. THEIR VALUE IS SO HIGH ON THE LEFT, THEY JUST NEED TO SMV IT, OR TO VIBE IT JUST TO GET OVER THAT LINE. JUST A BIT. SO THEY FEEL STRUCTURE INTERFERES WITH THEIR SMV 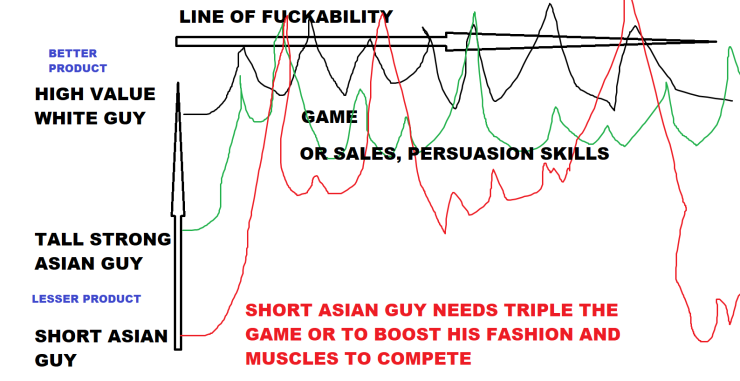 Instantly it became crystal clear to me how to be natural in my daygame delivery or tonality, while secretly using a structure, because I saw brutal honesty, direct game and authentic game isn’t the only answer.

My plan was to start calling it out for its bullshit, its for tall white guys attacking getting laid mentality, to go for more brutal honesty and relationship mentality.

So I started attack them being positive stereotypes without any game whatsoever, just her type so of course,

they can be brutally honest and authentic since structure interferes with their high value since it is more for negative stereotypes. But we didn’t stop there.

WHEN THEY TALK ABOUT EMOTIONS, IT MEANS THEIR SMV IS SO HIGH, THEY ONLY NEED THE GREY SECTION IN THIS CHART TO GET OVER THE LINE. THEY DON’T EVEN NEED GAME/PERSUASION BECAUSE THEY ARE AN EASY SELL

They just do a bit of cocky funny shit and they just talk a good game. In reality, anything would work for them and their high ethnicity.

Most of these guys are tall black white and Latino looking guys. Yes if you look that race to women you are that race. Doesn’t matter if you tell them your real race. They respond to the tall positive stereotypes.

I then created Elite 30: From Hardcase To Hero which is social skills and social intelligence that is even more powerful than these so-called fake naturals.

I’M WILLING TO BET THIS ACTUALLY MAKES YOU MORE NATURAL BY FIXING YOUR CREEPY BODY LANGUAGE AND CREEPY CONVERSATIONAL SKILLS.

After that, I attacked direct game and positive stereotype ideas.

Building on that success, we decided to show that adaptive structure with a natural tonality works way better than just SMVing and vibbing it.

OF COURSE, THESE COCK FAGS THINKS STRUCTURE IS BAD BECAUSE IT INTERFERES WITH THEIR SMV. ITS SO HIGH THEY FEEL THEY DON’T NEED IT. LIKE A TALL STRONG FIGHTER, BUT IN REALITY, IT HELPS THE NEGATIVE STEREOTYPES.

I call it “the sexual connection”.

THE SEXUAL CONNECTION IS THE OPPOSITE TO JUSTIN WAYNE’S POSITIVE STEREOTYPE ROMANTIC GAME. NEGATIVE STEREOTYPES LIKE THOSE TWO GUYS ABOVE CAN’T RUN ROMANCE. THEY DON’T FIT INTO THE BOYFRIEND GIRLFRIEND FRAME SO WHY THE HECK ARE THEY USING ROMANCE? SAYING HOW THEY WILL FALL IN LOVE WITH HER? OH NO NOW WE HAVE TO BREAK UP? WTF? SHE IS LIKE OKAY… FRIENDZONED LEVEL 100000

With the sexual connection, I can now be natural, tactical and adaptive. Destroy these so-called tall good looking white guys sprouting out nonsense that doesn’t work for negative stereotype minorities!

IMAGINE A DATING COACH THAT IS GOOD LOOKING, TALL, WHITE TELLING YOU THAT BE AUTHENTIC, BE YOURSELF. STRUCTURE ISN’T AUTHENTIC. WHAT THEY ARE REALLY SAYING IS STRUCTURE INTERFERES WITH THEIR HIGH SMV 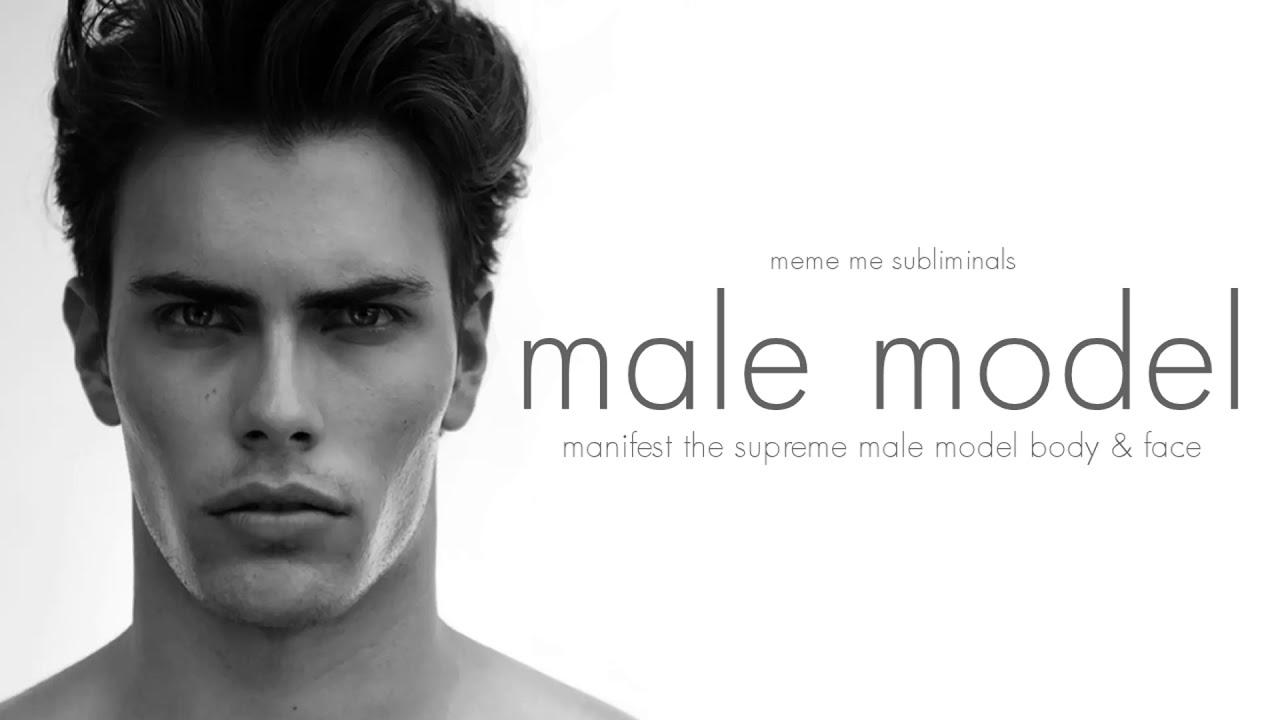 IF YOU ARE A NEGATIVE STEREOTYPE, MAYBE DON’T BE SO BRUTALLY HONEST.

If I had to tell some of my negative stereotype students.

If I told women my real age, even older women rejects me and I am like bitch, you are already over the hill why run away?

You can stretch the truth about one or two things.

When you bang her enough times she forgives you for it being emotionally invested.

THE LOWER YOUR SMV THE MORE YOU DELAY TELLING HER THE TRUTH. YOU CAN CHOOSE TO TELL THE TRUTH LATER

She will forgive you and this becomes WIN/WIN, The only way you can tell the truth.

Women wants one reason to reject you. They want to swipe left in real life and figure out that because they have a filter mechanism.

Of course, I have short hardcase students with long hair, they like it, no women does. They call it limiting beliefs, they want to be honest with her. Looks don’t matter, race doesn’t matter.

FVCK YOUR THEORIES AND YOUR SENSIBILITIES

I’m a scientist, I don’t cater to your bullshit theories. Treat everything I write as the truth and gospel and come to get your daily truth about the game. My blog is a beacon of truth and brutal honesty. It is practically scripture. Not trying to be a cult, but you know its hard to even argue with my points these days.

I don’t censor gospel and my scriptures. It is what it is, that’s why I have a blog in the first place. I write what is on my mind.

Most people tries to brainwash your conscious mind with advice videos and bullshit that makes you feel good.

I try to appeal to your subconcious mind, that knows what is true or not even if your concious mind is deluded.

400+ LAID AND PULL TESTIMONIALS IN DAYGAME. MOST PEOPLE CAN’T EVEN GET MORE THAN A FEW. COME ON NOW…

If you want to fix your creepy body language, tonality. Perhaps consider Kaizen, the outer game mastery course for 30 days.

Regardless, hope you learned something. Women don’t care about your RSD theories. You can say be brutally honest or authentic, or you are taking action. If you are timid, nervous, women don’t get it and always tries to filter you to swipe left.

They can’t bang every guy so they look for reasons to auto reject you. I just hope you aren’t using authetic brutal honesty game to get yourself auto rejected. Natural but tactical and adaptive game is what real naturals use. I know real naturals, and nothing said in the industry is the same as the real ones.

HAVE I CHANGED MY MESSAGE FROM THE BEGINNING? NOPE? TOO RAW FOR YOU? YOU WANTED TO GET LAID, GET YOUR DICK IN A HOLE OF A HOT WOMEN. I AM TEACHING YOU HOW. DON’T BE A CUNT