Its pretty funny. When I was getting that infield, I was rusty. How I got back?

We were filming Elite 30: From Hardcase To Hero. A social skills course I divided into 30 pieces.

Originally I was looking at the aspergers syndrome traits chart and creating a program opposite of it.

A lot of hardcases seems to have that sort of pattern.

My old roommate Mr. S was filming my product.

I taught too many bootcamps back then and I sort of didn’t approach as much.

It took a while, I called it to him my battle efficiency.

TBH I’m not sure how I invented that term but there is a percentage where I will say I am firing on all cylinders. Everything just keeps flowing like in this infield.

I was worried about being judged. Until the day he said fuck it, I won’t judge you, just do whatever.

Then everything went to the full gear. Everything flowed, I was playing to win.

I was back and I sounded like myself again.

It took a while to get back, the results was happening so slow.

But in the future after Elite 30 things happened much faster. It seems like trying to activate one cylinder at a time, lets say a 10 cylinder engine.

Sometimes it felt like the words I said didn’t come out the way it used to even if I wanted it to.

Or I knew my mistake but I made it.

After a while when I was 50 percent, two infields happened back to back.

THE OTHER WAS A TALL 6’2 RUSSIAN WOMEN, EVEN TALLER THAN THE LAST INFIELD YOU SAW. I was partially filmed at the rest of what I could get was from my hidden camera on my phone.

I realized this was all a skill for me.

A lot of times I closed on the first approach, but it isn’t easy 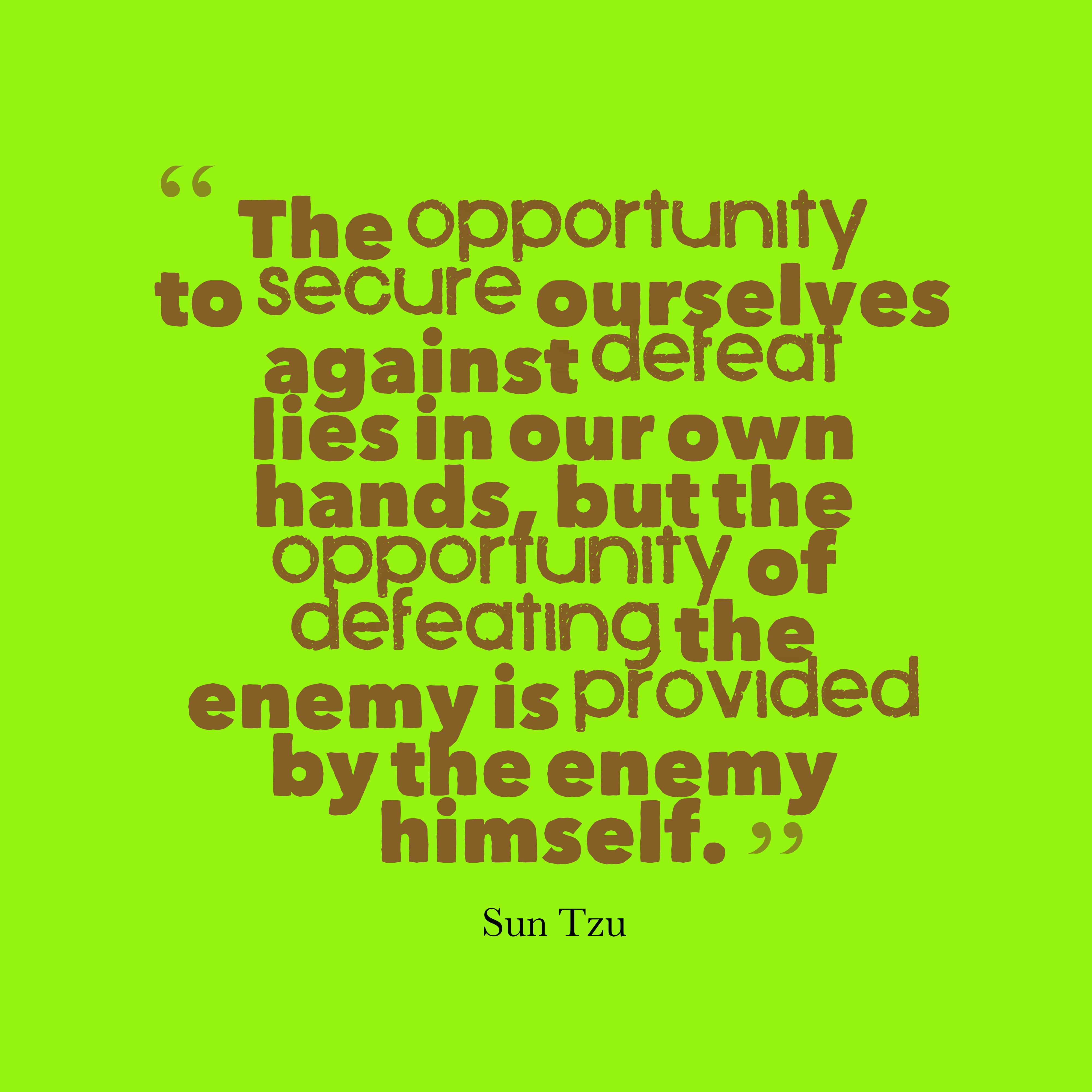 I keep her on the line. The problem with high laycounts method vs mine, even though a lot of it is self proclaimed.

I don’t turn it into boxes or flow charts.

My flow charts are determined by the women.

Most of the time as Sun Tzu said, the Art of War. I’M WRITING A BOOK IN THE FUTURE AND YOU WILL SEE HOW ALL MY DAYGAME TACTICS ARE PURELY 100% ALIGNED WITH THE ART OF WAR.

Maybe all the people like us who are the best at one field, all have the same filters in our brain.

But converting a women isn’t because of what we do. He doesn’t understand that. It is the mistakes you capitalize on like a good counter puncher.

THE MAIN PIECE OF ADVICE THAT HURTS ME THE MOST

Just go out there and do it. Don’t practice at home is an advice that I get from higher SMV guys.

Guys who have some bulk on them and aren’t that short, are brownish skin color.

Its like they can just take action and its easier.

FOR ME SINCE MY SMV IS SO LOW, Its all skills. I have to get my battle efficiency high.

IT IS LIKE SAYING BEFORE YOU PLAY A BASKETBALL GAME, DON’T PRACTICE DRILLS

Or if you are going to an MMA fight, just spar with opponents and don’t strength pieces.

I created Kaizen the program because of it.

One other PUA uses Kaizen too

I dislike him, I never was trained by him. But Wayne was my last name, I was the third wayne actually, a seperate Wayne and the world never knew. Not the romantic connection, but the sexual connection

Obviously he got caught with seeking arraingements and high laycounts self proclaimed guy did too.

More like he got bribed so he did pay, money was exchanged. Happened to my friend too.

I BOUGHT A PRODUCT THAT GAVE ME A FREE GROUP COACHING CALL, SO I SPENT IT CALLING HIM OUT ON HIS SHIT FOR ROMANCE.

I was kicked out of his forum group for having too many testimonials one after another for bootcamp students.

He feared me when he talked to me, he had a lot of respect and fear and I couldn’t understand why, he was very intimidated. It was like a grandfather who is scared of his grandson. Although we never really met in real life.

He told me he practiced in a Kaizen way recording himself.

I TOLD HIM I THOUGHT I WAS THE ONLY ONE DOING THAT.

I also think Justin Wayne was a natural. In his infields, his ideas, he has the same playful vibe of naturals. I’m totally certain and they talk a lot about themselves, keeps talking non stop.

A LOT OF PEOPLE DIDN’T KNOW MODULE 4 OF ELITE 30 CONTAINS A CRYPTIC CLUE OF THIS TECHNOLOGY OF SELF PRACTICE OF DAYGAME AND RECORDING YOURSELF. I HIDE ALL OF IT IN PLAIN SIGHT AND NO ONE WAS SMART ENOUGH TO EVEN UTILIZE IT. THEY JUST DISMISS MODULE 4 WHICH WAS A PRECURSOR FOR KAIZEN…

Looks do matter, but not in the way you think. GOLDEN RATIO?

If you put every dating coach, you will have a golden ratio. Women responds to the golden ratio subconsciously.

MY MENTOR WHO TRAINS ME. NOTHING IS IDENTIFABLE HERE. BUT IT IS A GUY WITH BROWN SKIN AND HAIR.

I’m sure he will read my blog one day, but I wasn’t shocked to see his score that high. It explains sometimes he gets a bit flustered by 9/10 but he can bang 8.5/10 and higher scale women all the time.

Even if not traditionally good looking, by Hollywood standards. If you break it up for the golden ratio which some plastic surgeons use. Women responds to it.

The ones with the lowest golden ratio are 2 pickup artist. High laycounts tranny fucker and Justin Wayne.

I can see why they use seeking arrangements to move forward to raise their value among other things that are scammy as shit.

They have a race and size advantage, protector status and some preselection.

Justin Wayne can’t get hotter women without some sort of scammy seeking arraignment or job scam. Same with the other guy who gets butter faces and calls them hot because of fake tits.

Maybe one out of 20 is hot. But his golden ratio is low.

SOCIAL PRIME GOLDEN RATIO ALTHOUGH HE IS GOOD LOOKING AND HIS WOMEN ARE UGLY.

He is among the second lowest tier of golden ratio.

HE SCORES EXTREMELY LOW ON THIS GOLDEN RATIO CHART.

This might explain why some white dating coaches we consider are attractive are only able to get lower quality women. Hollywood might of put into our minds what is suppose to be attractive.

But women responds to the golden ratio a lot too. Its like they have a dopamine release looking at you.

Same thing can happen with a guy with protector status. Its all evolutionary psychology. Maybe higher laycounts in my students experience, happens to guys with more muscles or more protector status. But the women of the girls my students gets depends entirely on their golden ratio or looks.

So even if you gain weight, you still roughly have the same golden ratio.

IN OTHER WORDS THE HOTTEST WOMEN YOU BANGED WITHOUT ANY SORT OF SCAM WILL BE AROUND THE GOLDEN RATIO BY 1.5 POINTS

A lot of people will deny this. But it doesn’t mean women will jump on your dick.

If you have bulk or protector status it will be easier.

The golden ratio is more about the quality you get the highest amount.

THIS IS IF YOU TAKE ALL THE RACE AND HEIGHT OUT OF IT. IMAGINE IF I WAS 6’4 AND ASIAN, OR TALLER, WOULDN’T IT BE EASIER?

I bet I can make a data base of all the dating coaches and almost all the women falls along the golden ratio.

JUST BECAUSE A DATING COACH GETS XYZ RESULTS, DOESN’T MEAN YOU WILL GET THE SAME RESULTS AS THAT DATING COACH. DAYGAME DETERMINES EVERYTHING

You can SMV it like most white dating coaches who are tall and strong with race advantages.

But it doesn’t mean a short Asian student will benefit who is 5’4. Which I got a lot of them laid.

Night game takes away a lot of variables of social intelligence.

YOU CAN BE A TALL WHITE GUY DRY PULLING AND MAKING FALSE CLAIMS LIKE A PSYCHOPATH, THE AUDIENCE IS TOO STUPID TO KNOW UNLESS YOU HAVE A VETERAN LIKE MYSELF WHO CAN SEE THOUGH EVERYONES GAME CRITIQING IT.

I know exactly everyones weaknesses. Its my super power.

In the bootcamp I can find out all your mistakes.

THIS CHART IS TOTALLY TRUE OF 80 OR 90% OF THE POPULATION BUT NOT THE 10% OF NATURALS. THEY STILL DON’T MAKE SENSE TO ME YET…

BACK TO OPTIMIZATION AND PRACTICE

Every year I go and do a recalibration.

I know it sounds stupid. My down time changes all the time.

Sometimes I have to focus on work, but i’m bored of it. I want to focus more on game.

For me wince my SMV is lower this year and even my tall friend who filmed the majority of my bootcamps who finds it funny anyone calls the testimonials fake considering he sees the students gets better with his own eyes.

Hes a good looking guy but his golden ratio gets him roughly the lower golden ratio he aims for. Its weird. But there is a correlation.

I field test everything one piece at a time.

I write it down. Every 3 months my game gets updated based on the field testing data.

Every year I recalibrate.

VANCOUVER IS A THE CANARY IN THE COAL MINE

If something bad will happen to society for dating or daygame, it will always happen here first.

For online game Vancouver is the pickiest city in Canada for Daygame and Toronto is the least picky.

One trend, almost every Asian women has a creepy white guy with receeding hairline next to them here.

Second I get more racially abused from Asian women.

They try to troll me. Don’t forget they also have the mao-b gene the same as Asian men who has no empathy.

I often have to say hypergamy out loud.

WHAT’S THE WEIRDEST IS EVEN THE WHITE GUYS WILL BE SNUBBING ME, WITH THEIR CREEPY HAIRLINE AND INBRED LOOKING FACE WITH THEIR RACIST ASIAN GIRLS. I HAVE TO SAY HYPERGAMY AND THEY DON’T FIGHT BACK.

I never got into a fist fight yet. These guys are pussies. But something means the white mans SMV and Asian womens SMV is rising dramatically.

Black men SMV was high but Indian men who are white washed stocks are also going up dramatically too.

NOBODY KNOWS ALL THIS SHIT BUT ME.

I know even weird shit like if you feel angry, you stop moving your body, try it, you can’t feel anything. Outside in. Conditioning, anchoring.

Its funny to say.

EVEN MY MENTOR WHO HAS A GIRL OVER, SO MANY EVEN THE DAY BEFORE, ALL DIFFERENT.

HE IS THE ALIEN TECHNOLOGY I REVERSE ENGINEER.

But game is so vast.

I would say there are less than 10 people in the entire world who knows what is Elite 60.

Top secret program that gives psychopaths and narcissist without any feelings the ability to feel.

But strangely the people who learned it doesn’t apply this alien technology.

The hardcases does their own shit again, lol their shitty kaizen.