Now that I offended you, lets begin the blog post. The last post’s topic was so big that I had to make a part 2, a sequel…

Lets talk about some of the students limiting beliefs. You can even see them in their testimonials too.

Age affects your game. Yeah if you look really really old it can. Wait that’s not true. I seen anomolies everywhere.

Ever noticed that all the anomalies all have the same qualities, they are usually rich, has social skills, chilled, good vibe, can keep is sexual, same shit.

I knew a guy with 1600 laycounts and I will meet the other PUA inner circle members who are like the seal team 6 of daygame. All the same shit…

They are much older looking, but banging women from 18-30 whatever. Doesn’t matter.

The idea that game will get harder when you are older, even JT Tran believes there is a cusp, I don’t buy into that shit I really don’t.

Its easy to say when I look like a 22 year old with knowledge about the game from when it started for the PUA scent. I’m not 22 mind you.

But just because you are older, as long as your vibe is good, you are socially intelligent and attempt to take care of yourself.

Once you have the right mother fucking mindsets, your game will continue because womens nervous system can detect value.

When most of these naturals were younger, they were all better looking, most are tall and all had an upward spiral.

So their mindsets were upwards. Does that make sense?

That is true of 90% of the society, but not 100, there are anomalies everywhere.

No one in the history of game has 400 daygame testimonials, no one. Except me.

Until you see someone do it,

then your mind opens

By naturals I don’t mean the so called natural and direct faggots in the daygame industry who sticks feathers up their ass and call themselves naturals.

I don’t mean that at all, because they aren’t the same as the naturals.

These faggots, have no social skills and they give validation all the time. They don’t flirt, just validation replaces flirting which is stupid.

Second limiting belief is you can’t get a white girl, or a taller one… Lol

Ummm if you believe that, of course you won’t.

Have no limits to your abilities dude, wtf.

This dude, always was obsessed with blonde women. He didn’t think he could get any white women and it was impossible.

Never use that word dude, once you use the I word, impossible, it manifest into your reality.

I believe anything is achievable if you have the right strategy. Even if it hasn’t been done yet, doesn’t mean shit, it can be achieved.

Before no one ran a 4 minute mile…

Now every mofo can run a 4 min mile, in fact 60 more people did after the first guy did it…

This dude with my coaching even before I was John Wayne, that’s why he called me John Dole.

I was already the worlds best dating coach way before when I was an entrepreneur teaching every daygame system and creating my own from scratch.

This guy was only 5’7 and Latino, but somehow he banged a 6’2 women who is blonde.

Still after my mentor is going to bring another women home, that’s 3/3. He rarely goes out, now sends them over here. I no longer understand any of this…

Neo in this scene said, no, that’s impossible, I don’t believe it. I want out, I want out. He then fainted. That’s how I feel right about now.

I even knew a taller white guy who never got rejected before with sloppy game. Actually he had no game, but 25% will come out, 75% will respond, 50% will set up a date.

But this, If he looked like some Bollywood actor I would understand, but he doesn’t.

Doesn’t make any fucking sense, this makes about as much sense as me getting non stop daygame testimonials, which makes no sense to other dating coaches.

To be humbled, so much to the point where I hyper focused on same day lays, but thought numbers will flake more.

I had a limiting belief that same day lays were the only solution.

While it is a good option, this still doesn’t make any sense, it bends reality.

Of course the stats I get, the 11% comes from white dating coaches and I thought it was universal. I was so fucking sure. I was so sure. Nope

Now I have to revamp my game for two routes, number closes and same day lays.

I believe this group is the seal team 6 of daygame, the best of the best and i’m one of the members. I was even more of a killer in the game, doing even more amazing stuff before I got too much into the PUA coaches stuff.

I knew this guy 5 years ago, this is where a lot of my innovation came from, he was the terminator chip I used for innovation.

While not identical systems, the chip made me aware or inspired me…

He is the best PUA I ever saw in my life and makes all the dating coaches including myself look like amateurs. I thought he was exaggerating his results. Or using some kind of seeking arraignments or something else before. Nope, its all real.

He doesn’t get every number, but when he does a 100% rate of her coming to any location he wants.

Another limiting belief, Same day lays are the only option and logistics has to be close

Now that I seen this mentor get same day lays though number closes and meeting her later. I realized almost all my limiting beliefs were from one particular person.

This is where you drop these beliefs.

They might not be true for everyone, not the naturals anyways.

They bend the rules to their reality..

This is what it feels like looking though the looking glass.

Yes I am the worlds best dating coach for student results. But when you are part of a seal team 6 level of daygamers, you realized there is even more innovation.

The longer I am around these guys the faster I think I can get to 1000 testimonials.

I believe they are all naturals, real ones…

For the logistics, I always believed I had to be really near, another belief I had from one person.

It is almost always wrong.

I have to reset all of the limiting ideas. Anything can be accomplished if you have the right strategy. 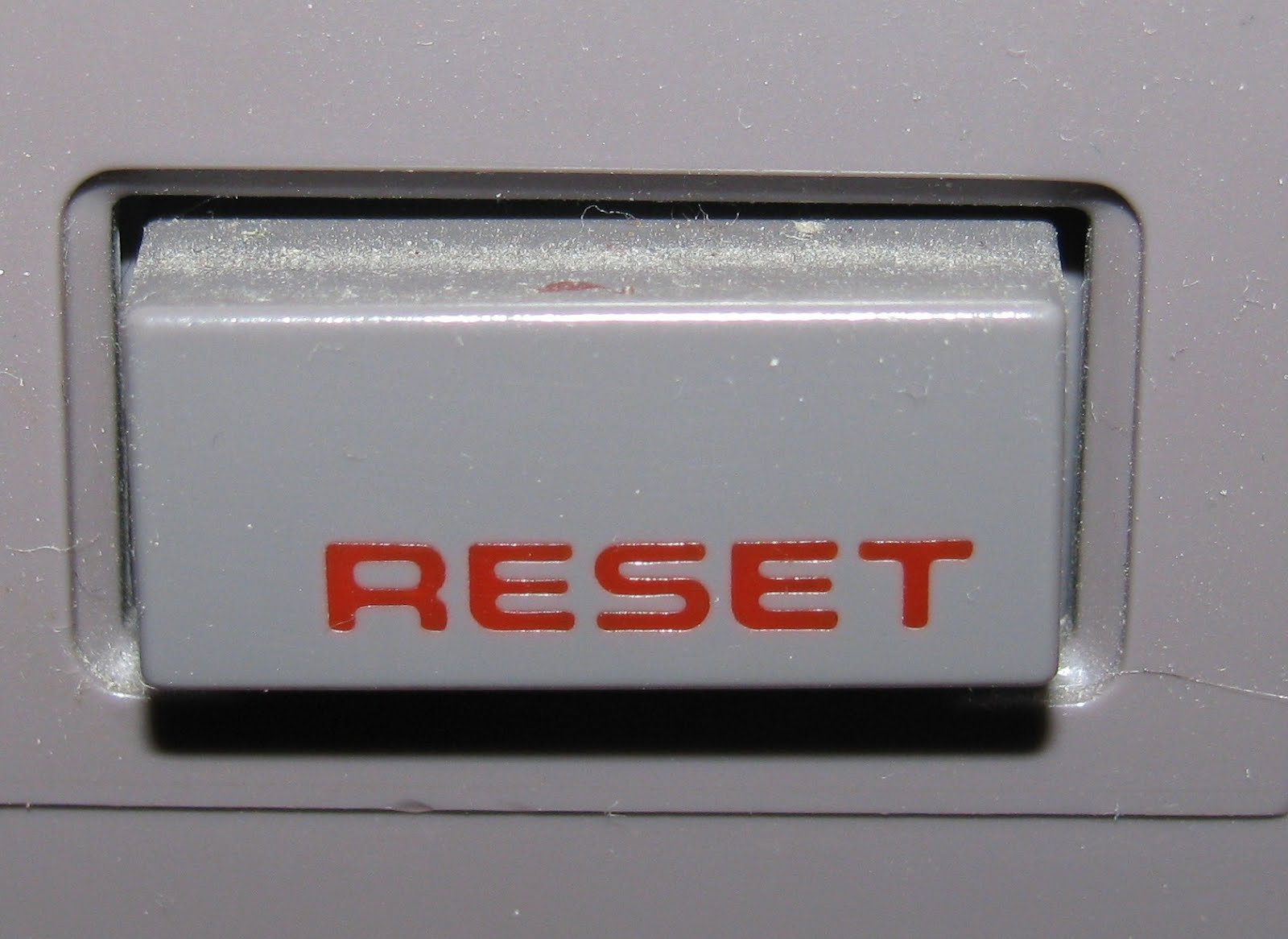 I was so sure I had everything down to a fucking science. I do, but there is more to field test again.

New directions of the game, even more impossible task.

One shot one kill, same day lay on the first approach

This concept freaks out almost all wh

ite dating coaches. To them because they have such high SMV and high natural status, they play a numbers game of high volume.

My mentor if he can get every number to come out, its not a numbers game but a game of conversions.

I try to keep her on the line.

I almost have a rock paper scissors way of counter punching her back on the line every time so she can’t deviate from the line.

I’ve done it in front of bootcamp students too. Many times even on the first approach.

But to most people who keeps telling themselves its a numbers game, I don’t agree with that.

This is entirely possible and only several people in the world can do this.

Comfort takes 7-10 hours face time during a date, you can’t use seduction

I broken this rule many many times, bringing it down to 10 mins.

Once she has sex, if your value is higher she will stick around.

If not, you are the quick sex guy and you don’t fit into that frame.

That is only for white people with no flirting or seduction skills, all attraction building to get over that line.

Your specific country is harder than others or city

Unless you live in Vancouver which requires more social skills, then you shouldn’t think that

I like to tell myself its easy even if most PUA style RSD victims taking other dating coaches courses only gets results night game or quits entirely in less than a year.

That really sucks to be them, I can see why, they are failing.

Students loves coming here from all over the world to train with me here.

Someone from Australia thought what the fuck is it with this place?

Its only harder due to social skills, but I should tell myself it is super easy. Its a better mindset especially if you have the right tactics.

I often tell my students in 3MP to talk to people at your work place to work on small talk.

You improve your social skills immediately when you can do that.

You can reuse this social skills for so called plowing, which isn’t necessary as much if you can use statements of empathy early on, false time constraints and self amusement.

I have field tested every daygame system in the world

been mentored by a lot of underground players of all races. Few dating coaches and field tested very system in the world.

I found the cure for daygame,

no one is happy because they are all in it for the treatment, not he cure.

Its all about ego and comforting that ego, not curing your problems with daygame.

Proven with the most testimonials in the world.

I see the world only having one daygame system in the future…  mine.

Join me in this new opportunity.

I’m giving you guys the tools with my products, services and bootcamps, Youtube Live, Inner Circle to over throw a system that was rigged against you.

A system by tall positive stereotype dating coaches who can’t transfer their Sexual market value to you.

Join me. Lets change the world together.

I just bought a new mouse, called the Death Adder Elite. I like that name. Someone upsold me on it today, I lost my other mouse somewhere and I needed something or I can post the second part of the bootcamp video.

This much is Fucking expensive shit.

I also got a new Rolex GMT II design looking homage watch too.

Out of all watches the Rolex Submariner and Daytona got students laid the most.

Its the iconic look that works.

I was out field testing it, it works.

Perhaps the best mindset is to always believe you are wrong.

Even thought in almost all cases all my students say I am 100% right about everything.

In most cases I am.

But I started out thinking I was wrong so I had to field test everything.

I tried every system. It took many years to field test them all. I even taught it too on top of that.

I got the field testing data all the tall white students got laid first. I knew there was a race hierachy

But now, being around the naturals again, this opens up more possibilities. Even I can always keep learning.

I’m a student of the game obsesses with perfection. I’m a perfectionist.

I have an obsession with perfection

Just try to be less wrong.

The biggest problem with most dating coaches are they never tried every system.

I did, but every system by sociopathic PUAs only limits you because most of them are socially retarded and SMVing it.

This is my rant.

Well a very good teacher at that.

Nice Jubilee bracelet… Doesn’t say Rolex, but it still has a nice sapphire glass on it.