NATURAL AND DIRECT DOESN’T HAVE THE ANSWERS

I think the vibe is important. But nobody knows what the fuck a vibe really means. You hear natural and direct nonsense saying have a fun vibe, or try to be more chilled. But what degree of chill, or fun, or sexual do you do? Its not specific and not replicable.

Those who tries to recreate these vibes from naturals. When they go travel to Europe. Lets say they have a good setup game back at home. A social circle, friends all that stuff. Without that and using natural and direct game using Instagram or using social media as a way to boost lifestyle fails.

The vibe is a combination of everything. Your beliefs, your emotions, your game, your outer game, inner game wrapped around a condom holding everything inside. So if you have these incel belief systems. Or hater belief system. I mean I am not hating on others who are better than me. Just worst than me. Also, those who hates on me tends to all have the same sociopathic vibe that turns off women.

Its funny how a lot of these incels will go and kill themselves. Well my opinion about these people are they have a faulty hardware. No amount of software or game can help. Maybe social skills can minimized the faulty effects. I have seen that with Wayne 30: From Hardcase to Hero.

I seen some weird incels lately. I saw guys who says its all LMS on forum groups. That’s only half true. I see guys who blamed women for being shallow. Or guys who hate on me. There is always some weird shifting of blame. It is never their own mental illness or themselves. Another thing I realized was how its always shifting blame.

Notice they have their left brain, or the logical side all deluded and left brain logical or should I say illogical chatter. I have students who are hardcases, that gives me a long list of reasons why they are failing even if one looks exactly like Alpha M after his makeover I suggested. Dude now looks good. But has this damaged hardware.

White guy who trains under me. Honestly, tons of white guys secretly train under me. They want the same results as my students. I just don’t mention them here for marketing purposes. But every race trains under John Wayne.

HATERS IN GENERAL, HOW THEY FUNCTION, HOW TO DEAL WITH THEM

I have gotten a lot better and figured out how to deal with haters. Lots of people have given tips. I heard Tai Lopez say block them. I heard sociopath articles that says no contact. But the first thing you should do is to say, “I don’t give a shit what you think dude.” The reason that affects them is the court test.

Remember I said if an opinion can’t be proved in court. But a fact can be proved. If I said I posted 350 testimonials, as I need to update the front page again. Then I can say there is that many testimonials for daygame and more than every dating coach for daygame in the world combined. If I say I am the best daygame coach in the world, that’s debatable, but there is a lot of evidence to support it.

The idea behind the court test is that haters, sociopathic aspies to be more precise often thinks their opinions are the judge, jury and executioner of daygame. They are not. 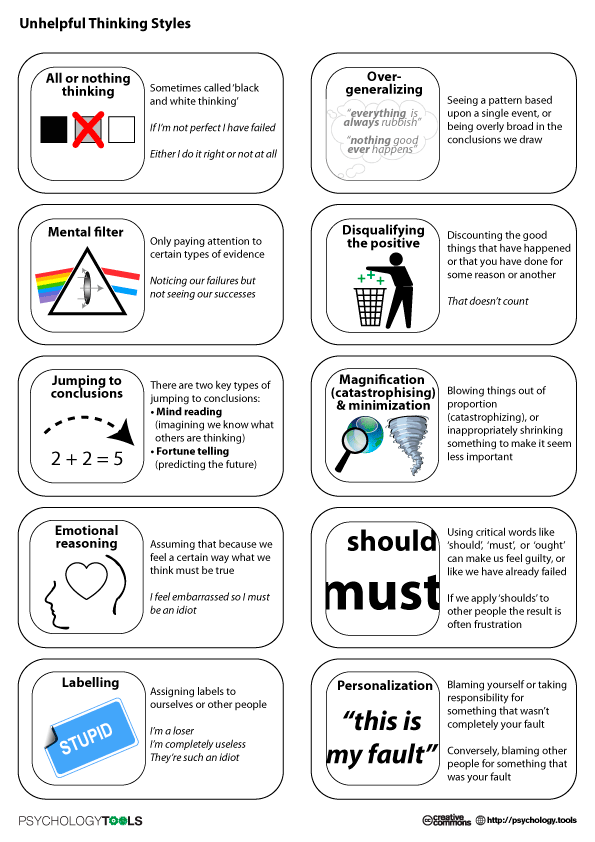 These are the kind of distorted thinking they have. Like race doesn’t have any effect on game. Or you are wrong. Or they argue 2 + 2 = 5. I mean I have no opinions. I just teach the game a certain way. I get field testing data split tested all around the world. People might say fashion doesn’t matter. I don’t use it.

But its always some tall strong black guy who gets girls below his looks level. Like unattractive 6.5/10. Where the women are usually a bit chubby and caps off at the face. But they say fashion doesn’t matter. Or I hear something like your fashion sense seems gay. But then again according to my field testing data.

All my students pulled or got laid with this fashion to boost aesthetics. This is provable in court because everyone got laid or pulled in bootcamps lately in Europe.

The only one who didn’t pull was one guy was just there on the bootcamp for one day. He had the worst fashion I ever seen. I got him a new haircut and fashion. He honestly didn’t suffer many harsh rejections. He was so over joyed, he literally had a religious experience.

But evidently, the court test was maybe looks to some degree does help. Race you need to adapt to it to compensate in other areas. Simply I ran scientific psychological like experiments or studies as they call it. I got the field testing data and I posted the results on the forum. Instead of hoping people be happy to see the results. They got triggered like a snowflake. Or generation snowflake.

People these days are very triggered easily. Once they get triggered they stop listening. They usually have a narcissistic ego. They can’t handle evidence or the truth. They think you are being negative. But i’ll keep saying the truth. The lower the self esteem, the easier triggered you are by your ego.

I figured I put these into my videos from now on.

I redone a video and put these pictures into it. It got a better response. It seems like you are sparring with misconceptions about the game. Just from these angry incels who aren’t getting daygame results.

I also had people who wanted to be dating coaches or was dating coaches who hated on me. Now these guys are calling me the king of daygame and not fucking around with me. Things change a lot over time. Some thinks its all LMS and not game. Just work on your SMV. But social calibrations are always off.

THE BEST DAYGAME NATURAL I EVER MET

I’m not really allowed to talk about this but I will anyways. One of my friends has almost 1500 lays. He is 30 years in the game. He was in the game twice as long as I was. He literally daygames every single day. He has taught me a lot of advanced level skills that I never seen in the PUA industry.

These guys are born with it. So I looked as his vibe. You think a 1500 lay count guy will be aggressive. Or thinks he can get any women he wants. Or an asshole who tears women apart mentally. Actually no, he is a very positive person who is flirty with a loud voice and good body language. He connects or emotes with women like an attraction switch.

Sometimes when you deal with these negative incel types, their vibe is off. I know, when I talk to people as a dating coach, I can sense their vibe in less than a minute and figure them out. But isn’t it the same with women? They aren’t dating coaches, but have software to.

I noticed a lot of local or low level daygame coaches also has this scumbag vibe. They aren’t aware of it. It is why they are low level. My vibe isn’t perfect either. I’m what they call toxic masculinity or overly alpha like Dan Pena.

WAYNE 60 IS FOCUSED ON EMOTIONAL INTELLEGENCE AND FINE TUNE VIBE

Wayne 30 as I said is the dry cake. Fashion Domination is the decoration of the cake to entice people or women. Wayne Playbook is the icing on the cake, which gives it impact. But the vibe or Wayne 60 is all the decoration on the cake that gives it a distinct flavor. Its everything overall too. Its like a movie with a cinematographer. They decide the mood of the movie. So it needs to be calibrated.

Yes Wayne 60 will teach these sociopathic aspies how to fine tune their vibe. How to use their narcissistic sociopathic side to their advantage. It will teach guys who are overly nice to be more psychopathic. There is a double edge sword to both extremes. I call this ying yang principle or duality.

If I say same day lays are like picking a lock with 20 tumbers. Then the last 5 is the vibe. If you don’t have empathy, you can’t figure out the vibe. You will just give off the wrong vibes which is a game killer. Even if you knew how to do a flirty vibe or teasing. Do you know how to actually fine tune it? This guy who is a natural does. He is a really good guy with a good vibe. He is fine tuned.

Sometimes I find the truth in other areas of life. I’m well rounded in every category outside of game. Like sales, science, psychology, everything else, martial arts. They can be transferred over to the game. Think outside the box. Wayne 60 might come in a few years. But this is my final solution to the impossible cases. A 60 day work course that works for everything inside and outside of game.

Do you know how you come across? Lastly you can see the persons vibe in their infields. It doesn’t mean anything without proof. The older guys who were in my generation doing night game. While I was doing daygame. No amount of written material or memoirs will count as proof of skill. It was just the old generation had no proof.

The newer generation. Although I was part of the beginning of daygame in 2001. I’m teaching for more than 4 years now. But, having field tested every style of game. Things always gets better. But I feel the industry is headed towards marketers disguising themselves as dating coaches without any consistency in game. They just get it once in a while due to their LMS. The world needs evidence, not opinions as facts.

Actually I believe some of the other dating coaches had the same mental illnesses of sociopathy, narcissism aspergers as most of these incels. It was just with game, self development they over came it. Since their LMS or looks, or ethnicity scale was so high. They can’t empathize with you. So they give you bullshit theories. Playing on easy mode like Street Fighter video game.

While trying to transfer that privledges to guys who are playing on the most highest difficulty. They can just vibe their value. Some of us has to learn the game fully. If you want to learn how to pick the 20 locks. Come and learn from me. I get it, its the end of summer soon. People are busy. But when Sept starts, they will flood in here because they want to daygame. Work and school will start. I guess i’ll prepare to be flooded with students.

I also would make a playlist series with sanitized advice. Where it is feel good advice like RSD Max and Tom Tomato. It doesn’t offend, it doesn’t provoke. Its full of feel good advice that sounds good. I’m very good at impersonations and can do anyones advice very well. I would show you how stupid people are and create an awakening. I’ll call this playlist for the generation snowflake.

People like Dan Pena created 50 billion in their students wealth or bank account. He accomplished something world class. I have the most student laid testimonials in daygame in the world for daygame. I have a ton more to post.

Hell, i’ll even read out loud the ones and explain the story behind the ones who didn’t make a video testimonial. So that way the whole daygame industry will be shocked and awe. I mean you can’t even get a few, I have a few hundred. Is your game really that strong? Do you even testimonial bro?