One thing I have to know about marketing is I have to work within the confines of peoples mind. 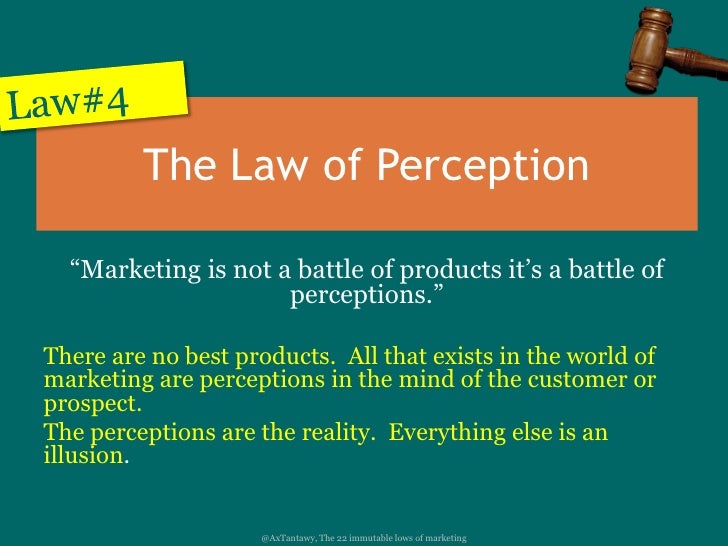 I’m no marketing expert, since I only read one book on the topic in my life But this states that people will think whatever they want and you can’t change it.

The perception is white dating coaches like doctors can claim whatever they want without showing proof. Then saying they don’t want to, or its illegal or immortal or whatever bullshit. So now they can say they accomplished this or that, getting non stop trust.

Its disgusting how stupid some people are. They deserved to get fucked in the ass by white dating coaches stealing their money, without being able to prove they can get their students results. Or results for themselves. While us minorities have to prove everything. What is worst is other Asian dating coaches doesn’t even have to prove shit.

I usually get some newbies telling me they are going to Yad, or London Daygame. But these guys has no real proof, just self proclaimed. I mean, you call them out, somehow you are considered racist or a hater. Even if you try to protect people from scammers. They still can’t help but be susceptible to marketing.

Then you have to becareful what you say because you don’t want to offend people. We live in a generation of snowflakes. These guys are positive thinking, soft easily offended easily triggered. So they automatically believe RSD is good because they don’t trigger their ego. Or hurt their feelings. But are giving advice that is helpful.

Now I have to becareful because I don’t want to offend the snowflakes. I have to be positive like RSD max and always call out what you are thinking and emote. He just post pics with himself with fake models and no one bats and eyelid. No one cares, that he has perfect DSLR pics with women.

I post pics of me banging hot girls. Now its just like, John, you are a good PUA. Then accept it without a second thought. But when you tell them to get a haircut with hair products in it. Maybe improve your fashion, looks don’t matter. But then, they equally think we are equal in terms of PUA skill. Even if one has no proof. Its all assumed.

They are easily triggered by a buying switch, much like an attraction switch. It has to do with procreation. Its hard wired into the brain. When they see a pic of a dating coach with another women. They just assume she is not his gay best friend.

You see this with other Asian dating coaches sad to say these days. When their SMV or sexual market value is no longer high enough like JT Tran. There is no proof, just social proof of being in the market first. I mean when I saw him post a picture of a small shoe as students pulling a girl home. But no pics of the girl or she was ugly and nothing happened. This is what marketing has come to.

You see this with Tom Torero too. He doesn’t actually have to post proof. He can hire and actress to do a kiss close video and people will defend him. He gives fluff advice and somewhat believable stats. He just shows a picture of his underwear and people believes it. We discussed it in this video here. No one questions it.

When I taught the London Daygame immersion program with Deepak. They tell me London was the hardest place on earth for daygame in Oxford Street. But in reality, it wasn’t even that hard. It was extremely easy for the students using our game. But, its hard to appeal to the masses, being negative stereotypes ourselves.

The amount of proof we have to post, we just don’t get Tom Torero or Tom Tomato level trust. We even had a student who was daygaming for 8 years and he only saw each dating coach twice. I suspect they don’t actually daygame at all. They just make advice videos and spend one day secretly making 100 approaches paying for a cameraman. They just need number close videos and the vibe and positive reactions are all assumed.

The sad thing is, when I made this video. I just told him to speak the truth. What i’m a hater now or racist or some other bullshit because my brown London Immersion student told the truth even if I didn’t say it myself? I mean see how marketing and perception worked? It worked on him and he is warning other minorities.

You tell that Indian student the truth so he fixed his fashion and fixed his clothing. He also worked only on Wayne 30 social calibrations instead of game. He almost pulled a girl home. It was that easy and it cuts though everything. Most people are socially retarded in game wanting to go direct. With a tinder swipe left an swipe right street game.

I mean even the guy in this advice video above in that video, that Asian guy pulled 2 Russian girls home. I mean for a guy with super low SMV when I first met him in his 40’s. Now, he fucking pulls 2 women home that are attractive. How in the flying fuck did this happen? Social calibrations and escalation.

You want to protect your fellow minorities. These days a lot of the so called best dating coaches are cheating in the game. Its not just Justin Wayne, but even Yad and others, with super high lay counts are gaming the system with money.

Then you have these dumb faggots demanding proof. Just like when I told them Justin Wayne’s game doesn’t work for negative stereotype minorities. Only the tall privledged strong sociopathic black guys. I said sociopathic so I triggered the snowflakes. They thought I was a hater, until they all had to apologize saying I was right.

I have been able to call out year after year everyone who is fake and the trends we have seen in the industry. Then some scandal happens then people always apologize to me. If i’m right all the time like Nostradamus, then maybe heed my next predictions. Nostradamus has been able to predict future events, disasters, world wars, even the face of it over and over. But wrote it in a poem.

The saddest thing is the only two people who are really on your side is Deepak Wayne and I. We tried to warn you, video after video. Since you are like babies who doesn’t know how to mature in the game and take care of yourself. Our consistency comes at a cost. Deepak has been though a lot and so have I. Yes I even mentioned I was in the game for 16 fucking years, maybe more now.

You wonder why our game is so mature and light years ahead of everyone. The stuff you learn in bootcamps aren’t even in our products to this detail. While the principles are there, the bootcamp students and immersion students learns everything.

Also, no other companies can get testimonials. Or if they do, they have to travel somewhere else outside of Vancouver to get it in some easy Asian country. That’s not game. I can get testimonials and student results anywhere in the world. They never stop.

I get it, i’m a 5’7 Asian guy who has world class skills. But its easy to pick someone based on their results even if white dating coaches doesn’t show you. But the difference is being her type, its playing on easy mode vs very hard or nightmare difficulty I have to place.

Now we have to explain to you why it doesn’t work. But you still go and get no results anyways. Its like a revolving door industry.

Yes white dating coaches can get laid. But consistency with hot women aren’t easy for them. They will get a bunch of unattractive women and occasional attractive one. Then, they decided not to show the lays because it disqualifies them. Since their looks is above hers. But to you, looks don’t matter, so you dismiss it.

Yet I keep getting women above my looks scale over and over. Deepak can do it too evidently. Stop dismissing us or that there is a level of game that the world haven’t seen yet. Yes we share everything with our students in bootcamps and immersion. But listen, if you want results. I’m not saying go to me.

I don’t have anything to sell to you, but just to give you some value and insight. I’m not going to link to any of my products or services in this post. Of course I can’t help you if I don’t sell to you. I’m just saying stop acting like a baby and be mature about the game for once.

Think for yourself. I know its hard, but outside of your snowflake behavior and looks don’t matter perception. Wake up. You would realize this argument is true. I’ve even had dumb guys saying John do I have to wear a blazer in daygame? Or do you all the time? No, but I get laid more than you.

I’m scientific about my game. I do one thing, see what comes out the other side. https://www.huffingtonpost.com/entry/black-coffee-psychopath_us_561baf08e4b0dbb8000f150f

In this study, they claim psychopaths loves black coffee. Of course with your deluded mind, you say that’s not true, with your opinions as facts. Then I can cite it here. Then now you say, okay you have a point John. See I don’t care about idealistic thinking or what sounds good. I go with the psychological study.

When I tell you something on my blog or in my advice videos. Its like those psychological studies. Its the truth and when people disagree. You are literally disagreeing with science. I don’t rationalize my daygame system. I just field test it on my low smv and split test it with the world. It just works when you have no privileges.

When you play a video game for example on the hardest difficulty. You only have one or two ways to survive. White dating coaches plays on easy mode. So they think they are inventing new techniques. But it only works because he is their type. But they aren’t consistent with good results. They pay for it with seeking arraignments.

You want proof, don’t worry, as always they always get caught over time. They always slip up eventually. Then say John you were right. I hope I educated you. I don’t care if you disagree with me. You don’t have to like me. In the back of my mind, you know i’m right. You don’t have to love me, respect will do.

Like I said i’m not a marketer like most dating coaches. I’m not here to collect money and just give them bullshit direct game advice that doesn’t work. So they have to go to other coaches until it is solved. I’m here to get you laid or pulling a girl home so you can escalate her on your bed. I don’t spend all day marketing. I’m also a PUA, unlike other dating coaches who are professional marketers who happens to use the niche of a dating coach.