This faggot Alek Minassian, a 25-year-old drove his truck into a dozen people. But he wrote this cryptic message.

The troubling post read, “The Incel Rebellion has already begun. We will overthrow all the Chads and Stacys. All hail the Supreme Gentleman Elliot Rodger!”

I made this post on April 20th, a lengthy post about these aspie faggot PUA denier women haters who was an autistic sociopath with comorbidity. Did I call it right or what? This now supports my claim because one of my friends in the past had the same beliefs I tried to help. Now I feel vindicated because they are toxic people. A lost cause of aspergers.

Don’t worry, no one will know who you are. I hope to my former friend you find happiness in life because you turned dark and are going down this same dark path. I was taught all these lookism theories and sluthate theories. Maybe you were such a vibe killer like these guys. Keep shifting blame.

So according to the article, it reads:

The man called “the Supreme Gentleman” is Elliot Rodger, a 22-year-old man who in 2014 killed six people and injured 14 in a stabbing, shooting and driving rampage near the University of California Santa Barbara campus in Isla Vista, Calif.

Before committing his gruesome acts, Rodger uploaded videos to YouTube explaining his actions as seeking vengeance on the women who rejected him. Rodgers also published his manifesto online saying his actions will represent his “War on Women,” where he will “punish all females for the crime of depriving me of sex for my entire youth, and gave that pleasure to other men.”  Rodger’s committed suicide before police could detain him.

I talked about Elliot Rodgers as having the attitude of the most hardcase behavior called comorbidity. I put all of this in my product Wayne 30: From Hardcase to Hero. I literally called out slut hate who are aspie PUA deniers on my actual product of having autism and sociopathic traits.

What is an incel?

The term is popular in numerous Reddit communities referred to as “support groups” for people who lack romantic relationships and sex. In 2017, Reddit banned incel groups, citing these groups in direct opposition to their site policy. At the time, the group was comprised of more than 40,000 members, who created threads with titles like “All women are sluts” and “Reasons why women are the embodiment of evil.”

According to experts, incels are often categorized by an intense self-hatred which they believe is due to not receiving sex from women. The men in this category debase women to shallow beings, who only value male appearance. There is a complex relationship with sexuality in incel culture — on the one hand, sexually active men are revered. These men, referred to as “Chads” are considered “good looking” and desirable, and are envied by incels.

My take of the word incels are aspie fucks who are involuntary celibate. Or women won’t have sex with them. I known about this word from my friend. I was discussing how these comorbidity multiple mental illness, socipathic opinions as facts. The problem isn’t about looks theories or what is good looking. As I said, you would need to be 10/10. 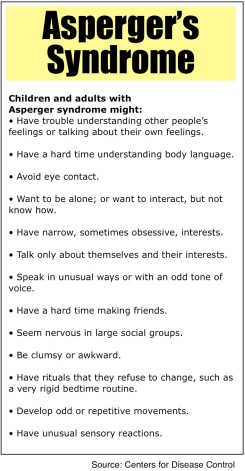 The Asperger stare. A glass eyed, stare into space as if they are connected to the universe stare. Its unmistakenable. They all have it.

Most of these guys didn’t realize it wasn’t looks theory but a personality issue. That aspie look and aspie behavior is really a turn off to women. Robotic voice or high squeaky voice. Weird body language, no emotions. Plus this sociopathic vibe. Also these guys are PUA deniers. All because of autism.

Why is incel culture so dangerous?

Incels lack the ability to make the connection between their treatment of women through incel jargon and their inability to maintain romantic relationships. Instead, incels position themselves as the victim, and attempt to exert control over their feelings of inadequacy by attacking women through derogatory language and body shaming. The rejection perceived by incels as an injustice can often lead to depression, isolation and intense anger.

Incel subculture falls under the umbrella of the manosphere, a multi-platform network of websites that focus on issues related to the men’s rights movement — including incel subculture and toxic feelings towards women.

The article isn’t part of the manosphere. It is just a misunderstanding. It is really a war on neurotypicals or what they call normal people. They are basically Anti-PUA. Their left brain. Of course I already knew it was written by a female, as I suspected. They they don’t understand these people.

There is a reason I no longer teach deluded impossible cases who are sociopathic. In fact, I was so fucking accurate when I wrote the 4 traits they have. One is arguing and resisting advice from me. I’m usually always right. 2. shifting blame to the girl or LMS. 3. saying if I did this or that, she would of come out on a date to bang. 4. having a fucked up belief system. I was trying to impart the message of these comorbidity fucks.

INCEL = INVOLUNTARY CELIBATE DUE TO LMS.

CHAD = A POSITIVE STEROTYPE MALE WHO GETS FEMALES EASILY\

NORWOOD 0-4 = RECEEDING HAIRLINE THEY USE AS AN EXCUSE FOR THEIR INAQAQUENCY.

LOOKS MAXING = A THEORY ABOUT MAXIUMIZING ONES LOOKS THOUGH ARTIFICAL MEANS.

MORPH = PHOTOSHOPPING YOUR ONLINE PICTURE TO GET MORE DATES

John Wayne has been right time and time again.

Have you noticed, everyone on my blog has always been proven right over and over and over and over and over again? Why is that? Even if you were in denial about it at first, but I was always right. I even called this one. Even Deepak asked me about this incident. You might realize I am way smarter than all of you guys too. So maybe, I don’t know, start to listen to me?

Michel de Nostredame (depending on the source, 14 or 21 December 1503 – 2 July 1566), usually Latinised as Nostradamus,[1] was a French physician and reputed seer, who is best known for his book Les Propheties, a collection of 942 poetic quatrains[a] allegedly predicting future events. The book was first published in 1555 and has rarely been out of print since his death.

Basically he predicted a ton of future events with accuracy. For me I predicted it all. Jan Lifestyle has zero game getting girls half of his looks scale in daygame. Only night game has a 7/10 at best and some of it is tinder. I predicted Justin Wayne’s game was shit and he is sketch. He is a dark tetrad sociopath. People didn’t believe me.

I predicted all black dating coaches has no facial expressions and has no game. They’re simply the girls type. I predicted RSD is a cult. I predicted London Daygame model is shit and they write fake lay reports because they can’t get good results. Or if they bang a girl, its like a 4/10. I predicted incels and their rebellion or their sub culture on my product Wayne 30: From Hardcase to Hero.

I predicted Asian daygame coaches besides me has no game, but height and muscles to bypass. Or they are some beta fuck which only I can navigate daygame. I’m really the only dating coach that is a short Asian without the height and muscle advantage who can do just that. I predicted the fall of all Asian guys not getting laid with other local dating coaches. These are all documented thoughout the history of my blog. No matter how much you disagree with John Wayne.

White people doesn’t touch much in daygame outside of RSD style flash game. But they don’t, due to their high smv which is a crutch. He in the end is always right. I predicted it all. Its all there, but how the fuck did I even know in the first place? My brain is a powerful quantum computer that has field tested things. I have a Wayne brain.

Like I said, all these aspie sociopaths should all be thrown into a mental hospital and re-educated with social skills. So they can stop blaming women. Saying its all looks.

Remember incels. If you need to pass 20/35 in value. Even if you are white in natural status or SMV. To have no game like an aspie, 0/10 in that category. Your looks needs to be a 10/10. Even if you had plastic surgery, its not enough. You need steroids too. Even if you have that, your behavior and vibe. A word they don’t want to admit. Your a vibe killer, value taker that will turn off women.

By being a PUA denier, you take away all future potential success. Then again my new predictions are, these guys are not compatible with PUA and social calibrations. They are too stubborn to change. They want to play the victim role or the tragic hero. John Wayne calls you all out. Your logical left brain and belief system holds you back. Learn not to think and start doing. Unnecessary sociopath chatter kills all progress. Your victim mindset holds you back.

My last post about this was lengthy, but now you know why. There was a serious message I wanted to get out there that was important. This is their rebellion. Their war or neurotypicals and their war on PUAs.

I’m calling you mofos out for a second time. Unlike criminals, gangs with superior social skills. Or other types of bad characters out there. They at least know how to make money. You faggots can only collect autism bux for so long and blame before you become mentally unstable.

Sluthate and Lookism is really a purgatory for these people. They live like hell on earth as if their body language, face, tonality works against them. They blame women instead of their mental illness. You all should be rounded up and re-educated for social calibrations imo. But luckily it isn’t up to me.

I don’t my part to help Aspies in daygame creating Wayne 30: From Hardcase to Hero. I don’t my part to contribute to the world. Most of these guys thinks women are so looks theory related. They will band together in Thailand and live out the rest of their miserable lives. But I doubt their autism will even get them laid there. They will turn off the girls there.

END OF RANT (This time it wasn’t as long)