I am going to talk about something no one tells you because they have no fucking clue what they are talking about. You have to wonder why I have the most testimonials for students pulling and getting laid in the world.

This video will teach you a lot about human psychology and how the brain works. You shouldn’t miss this video. I know all of this stuff already. I’m one of the most scientific PUAs in the world. But I noticed with the last batch of Asian or should I say Chinese students. They were extremely beta and didn’t cope with stress very well. Lets break this all down because I am thinking about creating a course purely for Asians. Maybe called from beta to Alpha. 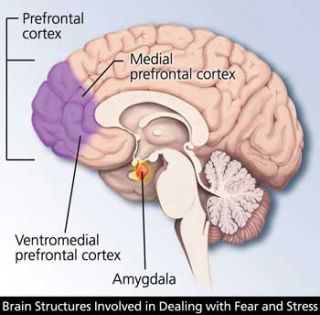 I want to get this out of the way. Just because you are beta and uptalking doesn’t mean you are empathizing or connecting. You are doing the opposite. If you feel fear, she feels fear due to mirror neurons in the brain. We learn the language and from our parents at a younger age purely due to the mirror neurons. Since you are in flight mode or freeze, you will always uptalk, talk quiet, cower your body language into a fetal position and run out of things to say. As you can see on the chart, the prefrontal cortex or frontal lobes does the processing slower than the brain stem. Often times you run out of things to say. Often times you freeze was when an animal will attack you in the caveman days. By making your silloutte smaller, you might be able to avoid the animal of them not seeing you.

The solution is to train under me. I put my students through drills. Although I am going to field test and refine it. I help students overcome this fear response. I was once trained in Israeli Krav Maga. I could disarm just about anything and i’m always in fight mode. Its the same with daygame, I am not in flee mode. My gears are forward, while yours are backwards. All the creepiness and inability to connect is related to it. Since you are in fear mode, you are in the reptilian brain mode. You are in survival mode, not in a good mode which is the frontal lobes. Listen, another issue the Chinese have is 56% of them has the warrior gene. Even if they act beta and fearful. They can’t connect though empathy. It is why you see in other Chinese daygame dating coaches, they rarely have a social connection phrase of their game. The Filipinos although passive aggressive and all sociopathic as hell. They know how to wear a mask and fake it. Also, they lack the ability to feel fear, or they don’t show it. Their gears are forward. Not backwards. This is where the Chinese fails, they are more beta than other races. For the Vietnamese, they tend to be very quiet. This beta behavior is related to the flight mode. I don’t have beta behaviors, unlike my other Asian counterparts.

Navy Seals trains with a black cloth over their heads. Then its lifted and they have to respond quickly overriding the nervous system and taking the appropriate actions. I myself used to shark tank as they call it in Krav Maga. I close my eyes and get attacked by a dozen people, one at a time. But I don’t know what weapon they were holding. Or what choke, holds, or attacks they will use. I don’t have time to think, but to respond. This helped me a lot in daygame because I break down the game into pieces. Then do it anyways.

You might think, John you are fucking scientific or crazy or obsessed with perfect. I don’t know or care. I only think of efficiency and I think of results. My brain was designed to improve on existing structures. Or combine them all to discover what is useful, what needs to be discarded and what I can add to as my own. I can teach anything well, even martial arts like Krav Maga to my students. Or even how to fight and defend themselves in bootcamps. My point is, maybe you are in the fear mode and it is throwing off your game. You can either do more approaches to lessen the effect. Or you can learn how to control your fears and override the response. You see how military like my bootcamps are. My bootcamps are like hell week in the Navy Seals. Also, there are 4 pieces to Navy Seals. It is for a reason. Even if you tried to reverse engineer it, you can’t. You can’t copy Gordon Ramsay’s dish and get a Michelin star or the same results being a lightweight PUA with good looks, height and muscles. You are handicapped. You know how they say your first thousand approaches don’t count? It is just to get over the fear and build some neuroplasticity in your brain to adapt. But in my training the first 100 in a lot of cases for normal cases gets you a pull. I mean my student in the bootcamp coming up already got laid.

I only know one good Chinese daygamer besides myself. I sent him to another part of Canada to investigate it for me. An area where Asian guys are a bit preselected by white women. I never played the game on easy mode. I had to do everything 10X better than the privileged white blacks and tall Spanish people to survive. I never thought about thriving, or abundance mentality. I only have an adapt to survive. You have seen Vancouver is becoming so tough, to the point where PUAs are dropping like flies. Doesn’t stop me, I can navigate the dead sea. Some areas like Toronto and California are fresh waters and places like Vancouver and London are the dead sea where people leave because they can’t navigate it. Oh right, a few stops left for April for bootcamps. Deepak has a bootcamp in April and I cleared my schedule to leave then. But its delayed, so I have room for 2-3 more students then. So far it has been a lot of bootcamps even in the rain or snow. Today we will finally get a 18 degree weather. I’m going to continue to film Wayne 30: From Hardcase to Hero module 1. I will raise the prices. If you want a discount, I suggest you grab as many of the products as humanly possible as fast as you can. When they get an official launch, don’t complain of the price. I have to raise Wayne 30. Its too much fucking value for a program like that. I only did it to help my fellow Asians. They needed it. I also realized I should make more advice videos instead of writing it out. Like text game, words are not as expressive as video advice. I’ll post more.

I’m going to research into neuroplasticity. The ability for the brain to form new connections. I’m taking my research of daygame into new territory. I seen too many Chinese men who are hardwired by their parents to fail in the social intellegence areana. Its why I designed Wayne 30. Not just to help hardcases, but I knew you were all hardcases. An old dog can learn new tricks.

I’ll be honest with you. The reason why the daygame bootcamp is so hard is to install and over ride old habits. It will lead you to success you couldn’t have otherwise ever achieved. Yes it takes breaking some bad habits to turn into a winner. Its worth it. There are no shortcuts, but this is the fastest way from point A to point B. You have to adapt to your training. The training like a real bootcamp saves you from having problems later on.