He only took one Skype coaching session with me. He finally got out there to practice daygame again. He got a same day lay with a Latina. At first he was really untrusting because of the whole Justin Wayne, Deepak Wayne civil war going on. He said most of the industry was a scam. I told him, yeah most of it is. Except Deepak and I are real. His issue was, he was Justin Wayning the daygame. He pulled an endless amount of girls home, but dry pulls. He needed me to figure out what was the issue. I did the game test to see what was the issue. He was dominant and he was good at moving her from place to place. The game test is a secret test I do with all Skype students in the first few minutes. I can figure out all their sticking points without them going to a bootcamp. Like most black guys, they escalate way too fast. They really don’t use social comfort or social connection. Its 0-100 very quickly. Social comfort or social connection as we call it at Wayne Dating Lifestyle is a term that talks about rapport. But we have our own version of it. Also, we know when to use it at the right times. 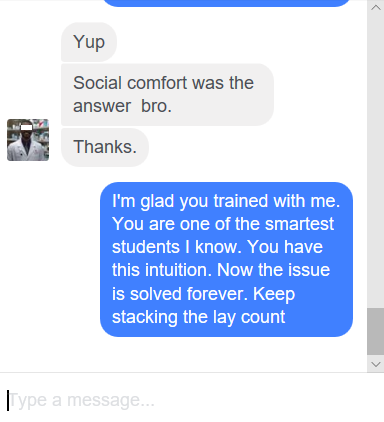 Long story short, I have a lot of black students. They come in a few types. The first type is the Justin Wayne, I am going to be gamey, dominant and overly expressive, personality enhancement type. This might have some effect if the student is tall and strong, protector status. Second type is the 5’8-5’9 type. They are neither big or strong. They don’t dress well at all. They have an uphill battle. They usually try Justin Wayne style and fail miserably. The third type is the inner game issues type. They tend to be skinnier, or they want to take action. But like the Asians, they feel every odds are against them. Its not true, but their SMV natural status scale makes it harder because they don’t have the protector status and preselection. They need to get out more and switch their styles.

While some of my students who are black got laid. The ones who didn’t really have to get over their inner game issues and go back out there with better calibration. They are the ones who doesn’t take action. Black people are more preselected than Asians are generally. White girls are attracted. The white girls almost escalate them, isn’t a race issue. Having a darker complexion isn’t the issue. You guys aren’t Asians or East Indians. If you want to know who has it the toughest, its Asians.