Asian men needs step up, also realize their SMV can be affected by the corona virus. Tips to survive in your dating life

After the coronavirus, anyone who looks like a fobby Asian guy with no sense of fashion will be auto rejected easier

I don’t get any racism because I am a white washed Asian guy. But this can still affect our SMV if you don’t stand out as looking and dressing differently than those in China.

But at this point, you don’t want guilt by association.

As if our SMV isn’t low enough, now it will be even lower than before

THE CORONA VIRUS LOWERED ASIAN MENS SMV A LOT AND IS A SOURCE OF FEAR. ALSO, TRUMP HAS LOWERED LATINOS SMV DEPORTING SO MANY OF THEM

I also think for middle eastern people in Europe their SMV has gone up 0.5%, like the corona virus or the plague, they have gone up

I don’t mind middle eastern people, when they aren’t so easily offended

When Donald Trump called out Latinos and deported a lot of them for being sociopaths. I mean he also did a middle eastern shutdown. It wasn’t no coincidence…

EVEN HAVING A 10/10 GAME ISN’T ENOUGH THESE DAYS. YOU NEED TO FOCUS ON VALUE TOO AS AN ASIAN MEN. FOR THOSE WHO TRIES TO BOOST VALUE, YOU ALSO HAVE TO FOCUS ON SKILL 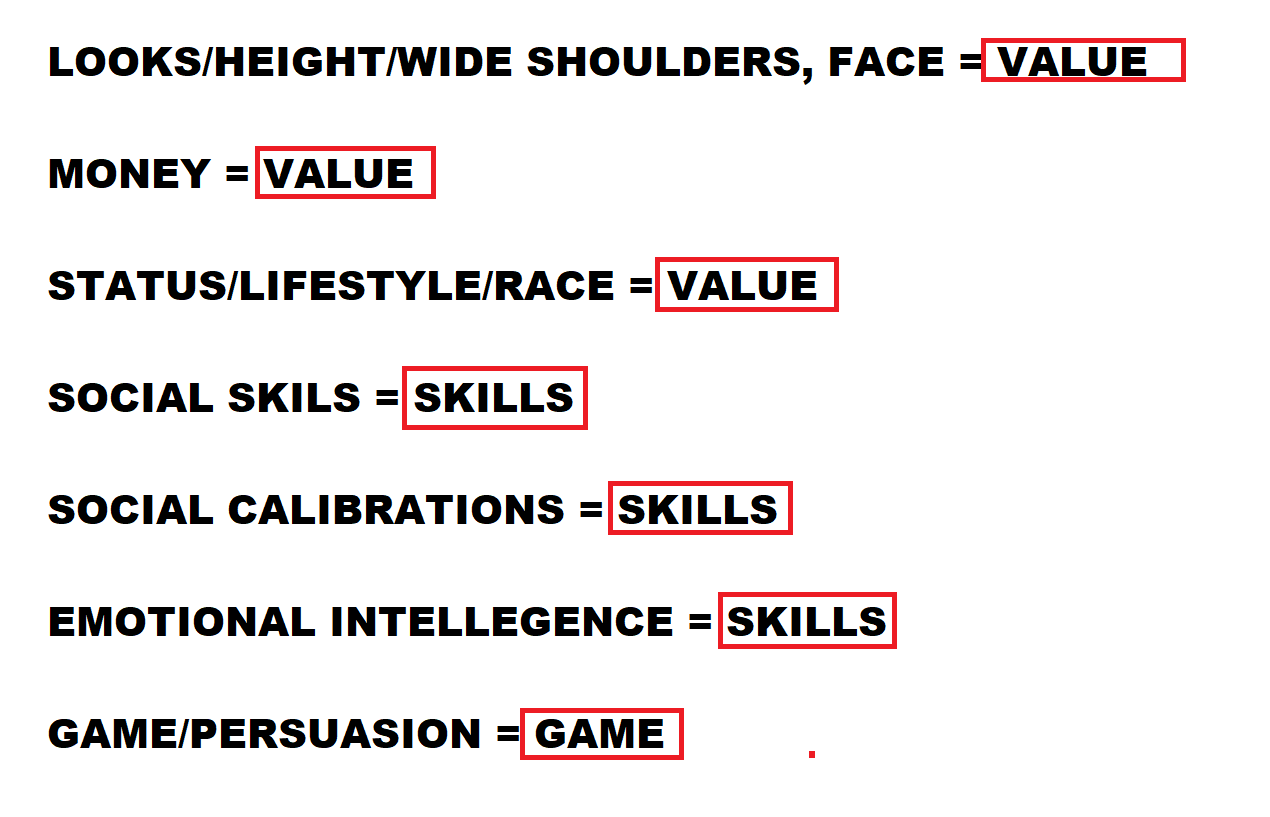 ROBERT KIYOSAKI, KEPT PREACHING TO EVERYONE THIS WILL HAPPEN BUT NO ONE LISTENED. HE SAID IT IS SHIFTING FROM AN INDUSTRIAL REVOLUTION TO A DIGITAL REVOLUTION

When dating coaches depends so much on bootcamps, their business is so fucked, seriously. I also teach digitally all this time so it isn’t affecting me. Easier said than done, it was my infrastructure all along…

ABCS OF ATTRACTION IS GOING TO DIE AS A BUSINESS, ITS A SINKING TITANIC.

Now without bootcamps, they offer Skype. You get to listen to a fat short chubby Asian guy, who’s game doesn’t even work this year due to the corona virus, maybe he has a funnel like Justin Wayne… but for bootcamps instead…

Who is such a rip off, if it cost that much money for 5 Skypes, you might as well get the Elite bundle or something. You get 2 more products with it.

I THINK ITS TIME TO ATTACK ABCS OF NARCISSISM.

ASIAN MEN WHO GOES THERE HAS NO SELF ESTEEM, WHERE A NOVEL KISS ON THE CHEEK WAS SUPPOSED TO BE GOOD ENOUGH

The students here has to get laid on their bootcamp or pull. I have a high standard for daygame.

For my business, if you don’t pull, you will get severally punished. You will do squats until you do.

THIS GUY WAS A FORMER ABCS OF ATTRACTION VICTIM. HE GOT NO RESULTS. NEITHER FROM 10 BOOTCAMPS INCLUDING WHITE DATING COACHES

YEARS OF OFFERING LOW SELF ESTEEM OLD ASIANS A SOLUTION, IN THE PAST THEY OFFERED HALF A PIZZA FOR ASIANS FOR NIGHT GAME. NOW THEY CAN’T EVEN GET THAT DELIVERED, SO THEY ARE OFFERING NOTHING, THEREFOR THEY WILL BE JUDGED

Then this year, they couldn’t get any students laid.

I NOW WONDER, JUST WONDERED, IF THE CORONA VIRUS AFFECTED THE INDUSTRY, THEN IT STARTED IN CHINA.

Purely speculation. I wonder, if it hit their business hard, did they use some of their earnings towards escorts to get their students laid?

Is that where all the testimonials are before? Night game an environment that he can control?

He will tell the escorts, if student said A, B, C, D, E, F sequence, go home with this Asian man?

IS THAT WHY THEY DIDN’T GET MANY DAYGAME TESTIMONIALS BECAUSE IT IS WAY TOO HARD TO PAY EVERY WOMEN TO WALK AROUND AND DO THAT?

NEARLY IMPOSSIBLE? Unlike a nightclub???

Cause I can get my students laid in daygame. I only posted like a few testimonials, I still have to turn that into a trailer.

I posted 13 testimonials, some wasn’t even released yet. 2 more on the front page called homepage.

So I will post it and eventually write the entire sales letter.

Notice how I rewrote some of the sales letter? yes it is a skill. Copywriting, I am going to rewrite it myself. With the corona virus you have to pivot your skillset.

I THINK THEY NEED TO MEET GENGHIS JOHN, NOT TEMIJUN. I’M HERE TO CONQUER DURING THE CORONA VIRUS.

WHEN THERE IS BLOOD ON THE STREETS, People starts dying, all business starts to fail. I only activate my instincts when I face impossible odds.

My game has already adapted to more social skills.

RED PILLED BODY LANGUAGE, GOING DIRECT, OR SOME SMVING IT IS NOT LONGER GOOD ENOUGH FOR ASIAN MEN. WEARING A DECENT FASHION, IT IS NOT ENOUGH.

LIKE HOW THE SOCIETY HAS GONE FROM INDUSTRY TO DIGITAL, FDA, OLD EMPLOYEE JOBS WILL BE AFFECTED AND PEOPLE WILL WORK FROM HOME MORE, USE MORE A.I AND DOWNSIZE WORKERS. DAYGAME IS SHIFTED TO ALL SOCIAL SKILLS, SOCIAL CALIBRATIONS, EMOTIONAL INTELLIGENCE

A lot of Asian men will be severaly affected, the ones who are almost autistic like.

The ones who are emotional and has a virgin head tilt

The ones who are timided are going to struggle

The ones who doesn’t understand my fashion sense and you are Asian washed, you are the ones who are punched in the face, experiencing hate crime.

OF COURSE BEING TALLER HELPS MORE THAN EVER NOW, YOU NEED SOME VALUE IMMEDIATELY.

You need to be white washed.

Its time to learn that knowledge.

Today I will go on Youtube Live, sorry I didn’t yesterday. I was just too busy learning new skills and mindset, reading.

UPDATE WHOOPS, I PASSED OUT AND LOST 3 SUBSCRIBERS ON YOUTUBE. DAMN, I WAS GOING TO BE ON YOUTUBE LIVE, SORRY ABOUT THAT