POOR PEOPLE WINS THE LOTTERY, WHAT HAPPENS NEXT… THEY BUY A MANSION. PAY OFF SOMETHING FOR THEIR MOTHER. BUY THIS CAR, NEXT THING YOU KNOW THEY HAVE TO SELL EVERYTHING, HIGH PROPERTY TAX, THEY WASTE ALL THE MONEY…

First of all that is just a metaphor and this is a rant. You will learn a lot about mindsets of the sheeps.

Mindset is how you can save and invest your money, while poor people just spends it like crazy.

The very fact they bought lottery tickets, hope is not a strategy. They just given up its impossible to be a millionaire one day without it.

Its not even that much money now days, but how is it always sport stars loses all their money too, like black boxers, rappers, etc…

Its a mindset, give sheeps more money they waste it all.

They want to save money, when they should invest in themselves though their skills…

I’ve lived through several recessions before and crashes actually.

LUCKILY I’M NOT AN EMOTIONAL PERSON. I ALREADY GOT SUPPLIES AND FOOD LONG AGO.

I don’t feel that fear whatsoever that others feels.

Those lessons about emotional intellegence that everyone ignored for the last few weeks. Is more important than ever. You will not be in an empowered state, but a state of reacting.

This is one of my advantages, so nothing bad manifest out of fear.

IN COSTCO HERE THERE  IS NO FOOD ANYMORE OR NEVERMIND TOILET PAPER. THERE IS NOTHING ON THE SHELVES

MY PREDICTIONS ALWAYS COMES TRUE. I THINK WHILE A.I IS MANY YEARS AWAY, IN 15 TO 20 YEARS THEY WILL TAKE OVER SHIT JOBS AND PEOPLE WILL BE OUT OF WORK. EXCEPT ME, NO A.I CAN REPLACE MY MENTAL FILTER AND STUDENT RESULTS

He believes that A.I will take over most jobs. That is what will kill the industry.

I agree with that, but not right away but with all the Mcdonalds kiosk will go down.

For me personally, I thrive when the odds are against me.

I’m used to hardship in my business. It forces me to learn more skills.

People don’t see these things and even with the corona virus a lot of people are in fear.

For me, I don’t want to manifest bad things, i’m just going to change my strategy and work on my skills.

Copywriting, the old stuff or sales letters are designed for a thriving economy.

At that time more people goes to RSD and fails, when they have money.

WHEN THEY HAVE LESS MONEY THEY COME TO SOMETHING THAT ACTUALLY WORKS. 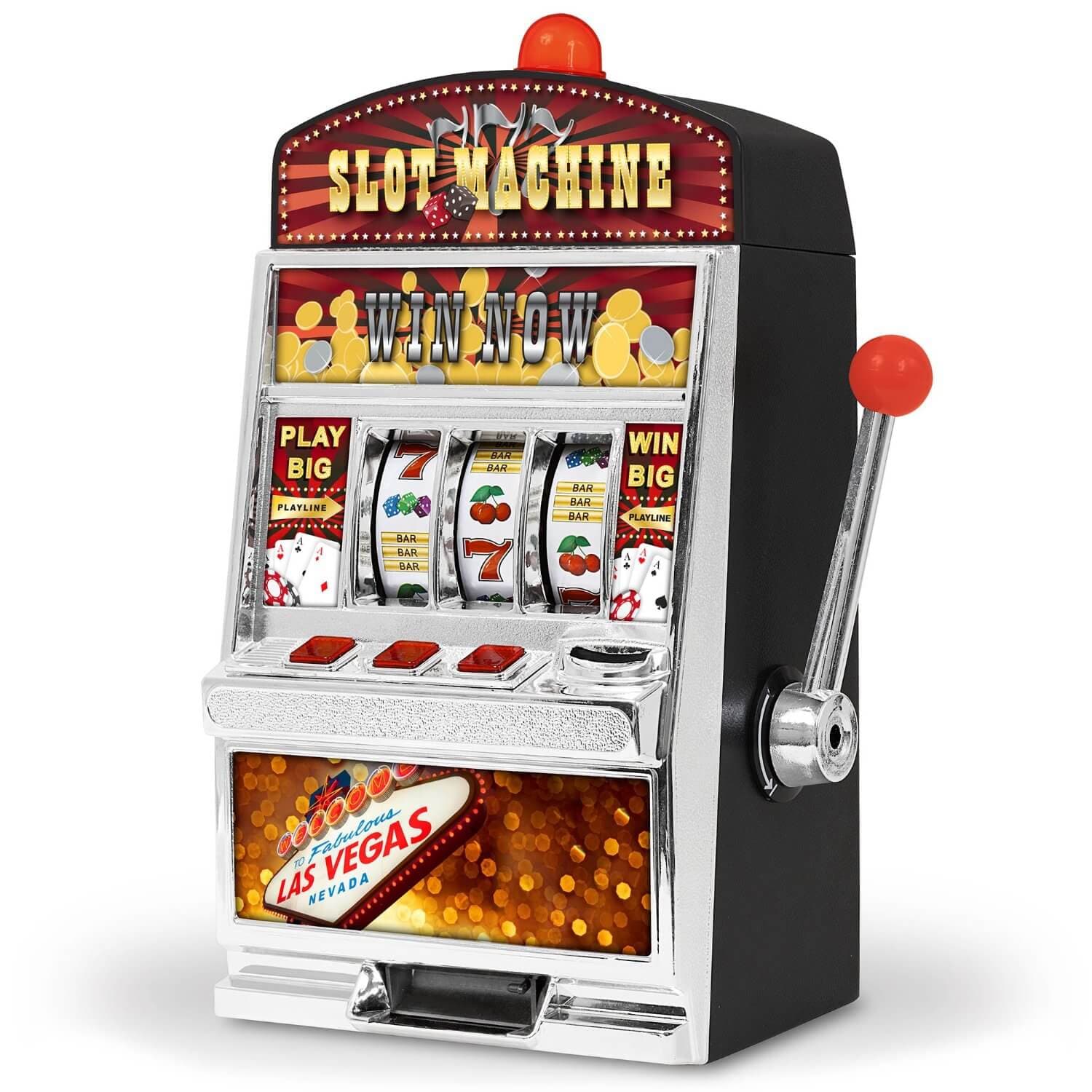 EVERYONE HAS THE EMPLOYEE MENTALITY. THE SHEEP MENTALITY. I’M SELF EMPLOYED, ALWAYS HAVE BEEN. UNTIL I BUILD A SUPER BIG COMPANY I AM NOT A BUSINESS OWNER. ONLY A SMALL BUSINESS OWNER OR SOLE PROPRIETOR

For most people or sheeps they will be scared to death by this. Think wtf.

Like hunting, you literally have to eat what you kill.

It is a game of skills. You see me use that word a lot.

Even that is closed the arenas due to the coronavirus.

In my mental filter, i’m not fearful, it doesn’t affect me because it won’t affect my manifestation.

If I become fearful, I manifest whatever feelings I put out there. So it is important that I don’t.

ONE OF MY STUDENTS I TAUGHT JUST CLOSED ANOTHER DEAL. I HAVE A 90% CLOSE RATE. HE CLOSED ALMOST 2 MILLION DOLLARS WORTH OF DEALS

What was impossible was closing so many deals in his field.

He didn’t tell me he had to close to buy, then to sell which takes months

then I get my share of it. So I am going to have to build new funnels.

Hopefully by the end of the year, I would see a huge increase for consulting.

HE ONLY GETS A SMALL PERCENTAGE OF THAT FROM HIS JOB, THEN SPLITS IT FOR TRAINING HIM OR CONSULTING HIM. HE HAS TO SELL WHAT HE BOUGHT TOO.

I realized now how hard people have to work these days in these types of jobs. That is reality, everyone works hard.

I do too, but I work in the digital world and teaching bootcamps, its not this hard when I am this skilled at teaching.

I WAS REALLY SHOCKED HOW LONG I HAD TO WAIT. PLUS THE CORONA VIRUS PEOPLE ARE SCARED TO BUY SHIT

He won 3 toast masters in a row with my training, seems impossible.

But he also closed 3 deals with my sales skills.

BUT I TOLD HIM NOT TO HOLD ONTO THE DEAL BECAUSE HE DIDN’T ASK A LOWER PRICE. HE GOT SOMETHING HE CAN’T REALLY SELL

But he literally closed that much, his second deal with 1 million, first 200k, last was 500k.

It was my daygame skills and sales skills.

I don’t get to use my sales skills as often. But when I do, I always close.

But still, that is a power of skill.

ITS ALL SKILLS FOR DAYGAME NOT JUST GAME. SKILLS AND VALUE MATTERS MORE 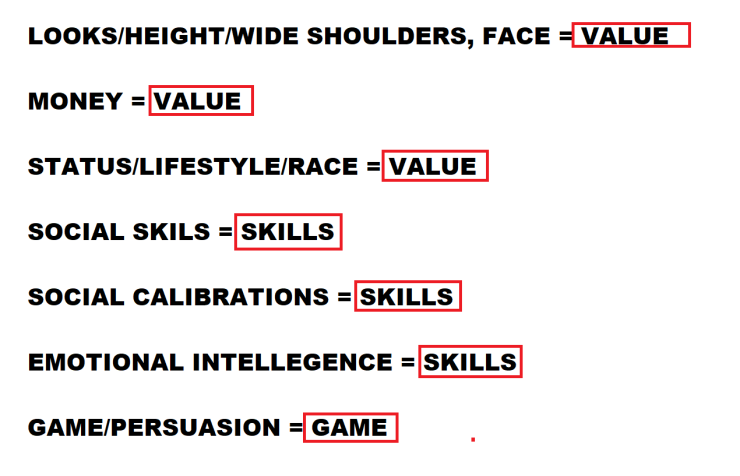 I WOKE UP, WHAT THE FUCK, I’M SO EXHAUSTED LATELY.

TOMORROW IS MY BIRTHDAY.

-HIGH TICKET SALES = SKILLS (LIKE WHAT I TAUGHT THE OTHER STUDENT)

Now that I have some time and the corona virus is so bad, I am going to add another month to it.

It is like Kaizen, constant improvement. I would need to put in the work and not get lazy.

Its like only 1% better every time. I haven’t been practicing but applying it.

I’M TRYING TO LEARN FROM THE BEST NEUROPATHWAYS IN THE WORLD. BUT THEY DON’T HAVE FACIAL EXPRESSIONS, THESE GUYS ARE SO LOGICAL ITS HARD TO REALLY UNDERSTAND WHAT THEY ARE TEACHING.

More of the logical type. But some of the best copywriting was from the great depression era or economic downturn. The stuff I used needs to be rewritten.

3 WEEKS AGO THE ECONOMY WAS AT ITS BEST, THIS WEEK AT ITS WORST DUE TO THE CORONA VIRUS

If that is the case, the skills for daygame my Pakinstani mentor just said, “SOCIAL DOMINANCE IS PUA MASTERY”

I originally told my other student and accidentally said that to him whatsapp learn from my Pakistani mentors for social skills and I accidently sent it to my pakistani mentor.

If that is the case then putting all your eggs into the social skills basket will give you far greater results than just SMVing it with higher value, in height, race and v shaped muscles.

If you don’t have those things, or SMV social skills is the way to go.

That is just one of the skills.

Imagine of normal society started to use Elite 30? You will all be fucked. They will dominant you with better outer game.

It is just PUAs lacks social skills and social calibrations, but tries to spam approach it.

MY SECRET OF MY SKILLS IS I ACTUALLY ALWAYS PRACTICED IN FRONT OF A MIRROR EVERY SINGLE TIME I WALK ACROSS ONE. SO I KAIZEN THE SKILLS NON STOP ALL DAY ONE AT A TIME. PRACTICE AT HOME TOO…

Most people don’t realize, you can practice public speaking at home, rehearsing.

I mean my student won like 3 in a row.

HOW THE FUCK DID HE WIN AGAINST AN ENTIRE STATE?

Simple he kaizen it.

Imagine if you kept going out there SMVing it. It is like sparring all day with genetic advantages.

You will win eventually just by being tall, strong or have genetic advantages.

BUT IF YOU HAVE ZERO SMV LIKE ME, THEN YOU NEED TO PRACTICE SKILLS AT HOME, NOT GAME. AT HOME, SKILLS, YOU DUMB MOTHER FUCKERS.

WAIT JOHN ALL THE OTHER DATING COACHES SAID PRACTICE OUT THERE, YOU CAN PRACTICE YOUR SKILLS AT HOME?

HAVE YOU NOTICED EVERYTHING ABOUT MY GAME IS THE OPPOSITE OF RSD AND IT GETS ME SO MANY STUDENT RESULTS?

HOW THE FUCK IS THAT EVEN POSSIBLE?

IF RSD IS ALWAYS WRONG AND THEY SUCK… ISN’T DOING THE OPPOSITE IS THE THING THAT WORKS?

JOHN ELITE: THEY WANT TO STEER IT TO LOOKS, BUT IGNORE HEIGHT AND MUSCLES, THAT MATTERS JUST AS MUCH IF NOT MORE.

JOHN ELITE: PRACTICE AT HOME IN FRONT OF A MIRROR ONE PIECE AT A TIME UNTIL AUTOMATIC. OF COURSE, TRAIN UNDER ME OR YOU DEVELOPED BAD HABITS. THEN WHEN YOU ARE GOOD ENOUGH GO APPROACH PEOPLE AND SOCIALIZE WITH THEM LIKE A NATURAL, THEN WHEN YOUR SOCIAL SKILLS IS SHARP THEN GO APPROACH

THERE ARE A LOT OF PRODUCTS ON THE HOMEPAGE THAT HAS SKILLS YOU CAN PRACTICE AT HOME. RSD HAS NO SKILLS. SPAM APPROACHING NEVER GOT ANY OF YOU GUYS BETTER.

I’ll be announcing tomorrow what deals are there for the corona virus.

As you are all stuck at home. You at least have somewhere to practice.

AS THEY SAY, USE IT OR LOSE IT.

PRACTICE AT HOME WAS MY SECRET.

Hell I even have a back brace and a neck brace. Not just spam approaching.

That was how a women is on my bed after the first approach even in front of bootcamp students.

That was the secret, social calibrations, social skills, fashion.

If you tried to game it, red pill it, you will never get there. Just spam approach and your results will be most likely from night game or tinder. Not daygame.

HOPE YOU LEARNED SOMETHING.

Every single time, John’s game has so much depth.

Only the high SMV can approach and just vibe it a bit to get over that line.

If you aren’t near that line, practice my courses at home. Including Kaizen and other courses.

JOHN ELITES ADVICE AS OTHERS SAY, IS RAW, HARD TO SWALLOW. OPEN WOUND AND ALL AS PEOPLE SAY. PEOPLE HAVE TO LOOK IN THE MIRROR, REFLECT ON IT AND REALIZE, HOLY SHIT, JOHN IS RIGHT.

HE TRIED TO WARN US.

Yeah the sheeps would go to the wrong coaches before.

But during this corona virus recession, they come to me. They want to get their moneys worth. They want results.

You see how stupid sheeps are, going to the wrong coaches.

ALSO MOST DATING COACHES AREN’T EVEN POSTING VALUE, BLOG POST OR YOUTUBE, THEY DON’T GIVE A FUCK ABOUT YOU UNLESS THEY CAN EXTRACT MONEY FROM YOU AS EXTRACTING WOOL FROM A SHEEP.

I’LL KEEP POSTING ON YOUTUBE REGARDLESS EVEN IF I GET NOTHING OUT OF IT. PEOPLE ARE SCARED, PEOPLE NEEDS GOOD ADVICE. I’LL DO IT PURELY TO MAKE A POSITIVE IMPACT ON THE WORLD. I DON’T NEED A REASON TO, I CHOOSE TO.

The next video is huge, will come out wednesday. Its a bit too long I wonder if I should break it up into two pieces or just go for one big one.

I’m thinking just make one long video. So I have to write a ton of words and shit to make it happen. Too exhausted today.

Someone will appreciate it one day.

BUT TOMORROW IS MY BIRTHDAY