THIS VIDEO WILL HEAVILY UPSET RSD SHEEPS, IF YOU ARE A TRIGGED SNOWFLAKE CUNT, WHO IS SOCIOPATHIC AND THINK THIS IS NEGATIVE, DON’T WATCH IT

One Asian student just pulled, didn’t close. He still has to lose his virginity. So he wanted to take a bootcamp later. Of course there is a corona virus around now. But that won’t stop me from teaching bootcamps.

Closing the deal now will help him a lot before the bootcamp to boost his confidence.

The students who got laid right before the bootcamp usually have the belief in themselves and it becomes a self fulling prophecy.

He was also part of the inner circle.

All the pieces of the training works.

What his biggest realization was he did elite 30. He did the 30 day challenge.

Last time I checked he was on day 23 and this happened.

HE SAID TO ME, YOU KNOW WHAT JOHN, ITS NOT ALL GAME.

This was the biggest realization

HE SPENT MANY SKYPES ONLY FOCUSING ON GAME, UNTIL HE STARTED TO DO ELITE 30. HE PUT IN THE WORK TO DEVELOP MY NEUROPATHWAYS.

SO WHY THE FUCK AREN’T YOU DOING THAT?

ALL THE OTHER DATING COACHES WANTS YOU TO THINK IT IS ALL GAME GAME GAME RESULTS SO YOU DON’T LOOK AT THE COACHES SMV. THEY ARE SMV DENIERS

If a dating coach is taller than you, or higher SMV in race, or better looking, or stronger than you, then it is less transferable.

I SAW A DUMB TALL WHITE DATING COACH SAID HE IS GOING TO LEARN BRAZILIAN JU JITSU FROM A TALL GRACIE. 6’4 guy.

Umm, i’ll rather learn from Helios Gracie. He passed away. But since he is older and more shorter and frail, his stuff is more transferable. 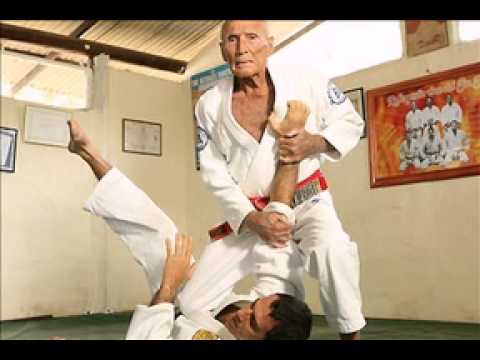 WHAT THE FUCK DO YOU THINK YOU CAN LEARN FROM A 6’4 GUY WITH GENETIC ADVANTAGES?

HOW TRANSFERABLE IS THAT?

WOULD YOU RATHER LEARN FROM MOHAMMAD ALI OR MAYWEATHER JR?

It isn’t the tallest or the strongest one.

But when you have no SMV and all the other Asian daygame coaches are all tall, you see a pattern here?

Even white dating coaches has no right to teach daygame.

They always talk about red pill.

They have no proof, just evidence, or stats or claims. No proof beyond a shadow of a doubt, none.

Even my students have more proof than them when you think about it.

When was the last time on Youtube you seen Todd V pull?

He calls it a pull and he stops in a cab and you are suppose to believe him.

YOU WERE SO BRAINWASHED BY THE RED PILL. ITS ALL GAME, IGNORING VALUE, YOU OVER WRITTEN YOUR MIND TO THINK HE DID.

To think these white dating coaches are talking about neuropathways the same thing I did.

But then all his student results were just tall white guys with their faces censored on tinder. Tinder isn’t skills.

They couldn’t even get one single laid testimonial in daygame.

SO JOHN, YOU ARE SAYING ALL THE DATING COACHES ARE GAMING THE STUDENTS? OR POTENTIAL SHEEPS? YOU DAMN RIGHT

Are you serious John, all the other dating coaches thinks this way? Yes every single one of them. They are SMV deniers. Even their own SMV.

Except I was the only one telling you the truth and it pays off because its one testimonial after another.

IF YOU DO THE MATH, CALCULATE THE SCORE.

MOST WHITE DATING COACHES ALREADY HAVE 10/10 FOR SMV. EVEN MY 50 YEAR OLD GERMAN STUDENT WHO HAS A GIRLFRIEND HAS 10/10 SMV. EVEN AT HIS AGE FOR BEING WHITE. HE KNOWS IT.

LOOKS IS OUT OF WHATEVER, BUT THEN MOST WHITE DATING COACHES WHO ARE TALL AND STUFF, GOOD LOOKING 8/10 ONLY HAS A 2/10 GAME. THEIR GAME LEVEL IS SO LOW, SOME CAN’T EVEN CROSS THE 2/10 THRESHOLD.

People like Todd.V. How many testimonials does he have? Like one laid? that’s it? shitty assistant coaches? RSD red pill shit?

Hope you learned something. Enjoy the video.