I TOLD YOU IN THE LAST POST, WHICH WAS EYE OPENING FOR SOME. THAT IF YOU ARE EMOTIONAL, A SNOWFLAKE. YOU GET OFFENDED EASILY, A SHEEP. YOU HAVE LOW E.Q OR EMOTIONAL INTELLIGENCE

Want to know how it applies to how Trump won the elections? Read on.

A lot of you will be very shocked when you see it through my mental filter.

Also, a lot of you PUA sheep with low self-esteem and high ego might decide to drop any emotions that are related to snowflake behavior.

TRUMP WAS SIMPLY MORE IN CONTROL OF HIS EMOTIONS. HE MOCKED HIS OPPONENTS AND MADE THEM LOOK WEAK

Jeb displayed qualities of a snowflake and Trump ate him for breakfast. He never stood a chance. Trump is emotionally stronger and higher E.Q

Jeb had all the qualities of a snowflake, Donald Trump didn’t care. He was a trash talker.

Trump simply doesn’t give a fuck, he really didn’t and made his opponents look like reactive snowflake cunts.

Emotions override everything and women are more emotional. The difference in today’s society, men are just as emotional. How did we get this way? This generation is getting weaker and narcissism is at a all-time high.

Self-esteem is at an all-time low.

Everything gets manifested all the time, these days what is manifested is a strong feeling of narcissism and lower self-esteem.

THEY HAVE A FUCKED UP VIEW OF MONEY. THEY DON’T BELIEVE IN HIGH-INCOME SKILLS BUT ONLY INVESTMENT. SKILLESS INDIVIDUALS

First of all I am not talking about you, I know so many people like this who are my students. You know who you are, quite a lot of students. I’m talking about 5 or 6 people and it will sound like you. But its all of you.

I don’t know how to write it so I will just say it.

FIRST OF ALL THEY DON’T HAVE ANY MONEY AT THE END OF THE MONTH. THEY INVEST IT IN STUPID SHIT LIKE ALL THEIR MONEY IN INDEX FUNDS. SOME RETIREMENT PLAN FUNDS AND BIG INVESTMENTS, OR SIDE BUSINESSES WHEN THEY HAVE LESS SKILLS FOR HIGH INCOME SKILLS

There is literally almost no money at the end of the month.

In 3 years I will surpass most likely the million mark and can retire. Side hustle, its super easy in my mental filter if you know what to look for. I see things can easily be scaled.

But they all have this employee mindset. I’ve always been self-employed. I don’t know how an employee thinks like. I have no fucking clue.

I only recently signed a contract where I am the consultant. Dude already made 65k with my training and won 2 toastmasters competition. 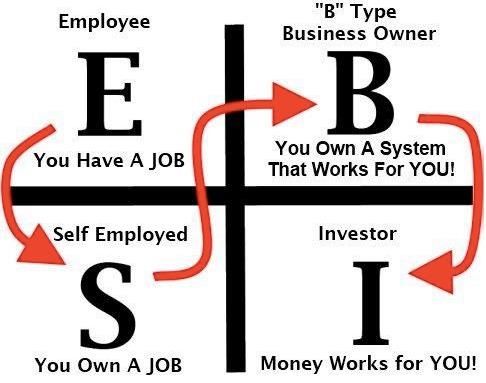 They go from employee to Investor? Or all the money gets put into retirement funds.

The world thinks they are going to save towards retirement.

This have this slave employee mindset.

When you are self-employed like me, I always operated like that so I focus on high income skills.

MOST LIKELY THIS IS TRUE

IF INVESTING IN INDEX FUNDS FOR RETIREMENT IS YOUR STRATEGY, WHERE THE FUCK IS YOUR HIGH-INCOME SKILLS OR THE ABILITY LATER TO SCALE YOUR BUSINESS?

There are a lot of high-income skills.

High-income skills can be transferred anywhere.

I can write sales letters and do copywriting. I even write blog post.

Regardless, that is a skill that can last a lifetime.

I’m good at sales, I close 90% which is higher than the general population. But for my own business. Its in my genes, other people in my family are also gifted.

Public speaking, well I don’t know how good I am. Maybe people doesn’t like my tonality.

But my skills made one of my students win 2 toastmasters awards. He is going for the third, a more national championship.

There is definitely some skill there, but I can refine it.

SO ARE YOU SAYING THESE IMPOSSIBLE CASES ARE SKILLESS? THEY HAVE A HIGH INCOME JOB OR THEY JUST INVEST THEIR MONEY INTO RETIREMENT WITHOUT HAVING ANY SKILLS?

I have the same mental filter for daygame. When I teach impossible cases I have to teach them some skills or high-income skills now because they have an issue with making money.

My daygame system might be very similar for the mental filter.

When I make more in the future, I will go to the castle with the other student I am working with.

But for example, right now with the coronavirus, you can see properties are losing money.

IF PEOPLE PUTS ALL THEIR STUFF INTO JUST INVESTMENTS, THEY ARE KIND OF FUCKED…

IN DAYGAME THESE IMPOSSIBLE CASES WITH LOW SKILL INDEX BASICALLY FUCKED THEMSELVES. THEY CAN’T SAVE FOR SHIT.

THEY LOVE TO SPEND MONEY THAT THEY DON’T HAVE DUE TO NARCISSISM.

I believe all snowflakes, the really bad ones, most likely has some sort of narcissism and autism. I really do. Even some sociopathy. Deluded as fuck. Lazy cunts. Otherwise, they wouldn’t be PUAs.

Hope you learned something.

BUY THE JOHN ELITE BUNDLE RIGHT NOW AND GET YOUR SKILLS UP. IF YOU KEEP WORSHIPPING OTHER DATING COACHES AND LEARNING THE WRONG NEUROPATHWAYS, YOU WILL JUST REPEAT THE VICIOUS CYCLE. PUT ALL YOUR ENERGY INTO THE 30 DAY CHALLENGE AND FINALLY ADD GAME, OR THE ELITE PLAYBOOK TO IT.

LASTLY THEY CAN’T KEEP WHAT THEY EARN. LIKE MIKE TYSON KNOCKING THEM OUT OVER AND OVER, DUE TO A SKILL INDEX PROBLEM

The mindsets are wrong. Their mind isn’t able to stretch. They do okay, but they are severally limited by being an employee, so they like to be lazy and play it safe. But always gets knocked out.

For a lot of the students you know this is an accurate statement.

I had one student who was a JT Tran ABCS of Attraction victim. He didn’t listen to me

He told me that he was investing and it sounds scammy as fuck. Maybe some MLM which sounds like multi level marketing shit.

However, he kept telling me he had great social skills because of work

When he went to the real world, everything fell apart.

He should of listened to me. He told me with his low E.Q he wanted to quit, life isn’t fair.

I was like dude, that is tactic approval, I am not going to nod and call you out. I did on this blog.

He got his head screwed on straight and he started to get back on track.

Fucked up mindsets equals fucked up life, they can never cut it that easily as a entrepreneur.

I suggest they have a normal job, then a side hustle so they can increase their high income skills.

FOR MONEY MINDSETS IS EVERYTHING, NOT SURE WHY ITS SO IMPORTANT. FOR GAME IT IS THE OUTER GAME FIRST, THEN WHEN YOU PLATEAU, THEN INNER GAME MINDSETS. THEN BACK TO OUTER GAME.

BUT SKILL IS IMPORTANT.

Maybe not everyone is destined to succeed and some people who are more elite than others are simply more teachable.

The problem with sheeps is they are teachable to authority and dating coaches can exploit this. They would use infields to be worshipped. White dating coaches will just talk about stats and somehow that is enough.

The I.Q of a sheep is so low, you think they are retarded.

I WILL RELEASE A YOUTUBE SERIES HOW OTHER DATING COACHES ARE GAMING YOU. I DON’T DO THIS, BUT ALL THE OTHER COACHES ARE IN ON IT. THEY SEE YOU AS SHEEPS, TO MAKE MONEY. SERIOUSLY, RSD TYLER CALLS YOU GUYS CHODES.

Other coaches like JT Tran are smiling all the way to the bank. Although they can barely get testimonials these days.

I’m the only one who wants to actually change the world, help people, solve the super problems no other dating coaches can.

Most of you are like sheeps, they just love your wool, or money. They don’t give a flying fuck about you.

Notice the high value naturals? Their concepts aren’t there to game people

THE RED PILL IDEALOGY, SEPARATING THE PILLS IS TO MENTALLY GET YOU STUCK.