I’LL GIVE YOU A WISE MINDSET THAT WILL HELP A LOT. STOPPING A WOMEN IS LIKE STOPPING A BABY ELEPHANT STAMPEDING FORWARD

If you were a tall strong guy, with high SMV race advantage, you can stop the elephant, or women standing next to her. If you are short, skinny, you will be trampled over. 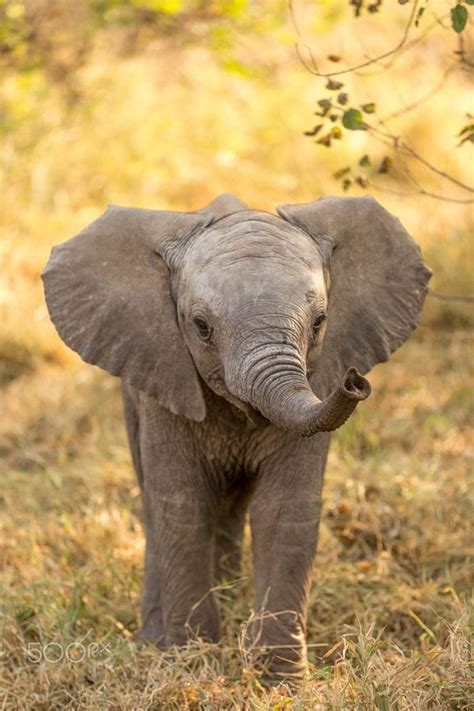 BASICALLY FOR KNOWLEDGE, EVERYONE HAS KNOWLEDGE. BUT WISDOM, PEOPLE ARE DYING FOR WISDOM BECAUSE WISDOM SADLY COMES FROM MISTAKES AND EXPERIENCE. I HAVEN’T FOUND A BETTER WAY TO STOP YET. IT WORKS FOR VANCOUVER, IT WORKS FOR THE ENTIRE WORLD

Obviously, you want some distance and to sneak ahead so you don’t scare the baby elephant. If you do, it will walk to the other direction or around you.

Of course, you don’t want to be in the way of the elephant, you will be knocked over and trampled on. Or the elephant going in the other direction, you won’t stop it.

IMAGINE IF YOU WERE DUMB ENOUGH TO USE THE YAD STOP ON AN ELEPHANT? WON’T YOU BE TRAMPLED OVER?

If you are just one meter ahead, even if the elephant somehow stopped and somehow magically turned around to face you. Due to the momentum, it would want to keep walking. Exactly what you seen in that video…

That’s why you need some distance ahead.

Of course, if you are too far ahead, you don’t see out of the corner of your eye, you handbrake and stop, turn around, you find the elephant might of already walked to the side of you. Or is way far back or too close because you are an aspie who can’t think in 3 steps.

IF YOU HAVE THE RIGHT DISTANCE, YOU KNOW YOUR RELATIVE POSITIONING YOU CAN STOP THE ELEPHANT.

LETS SAY FOR EXAMPLE THE ELEPHANT DOESN’T WANT TO STOP, YOU HAVE LOW SMV AND THE ELEPHANT WANTS TO KEEP WALKING. YOU DON’T HAVE THE HEIGHT OR PRESENCE TO STOP IT. WHAT NEXT?… SLOW THE ELEPHANT DOWN, PUT ON THE BRAKES

If you have the right distance without the brakes or slowing down the elephant, or getting her attention, it wouldn’t work. You won’t get knocked over but the elephant wouldn’t stop 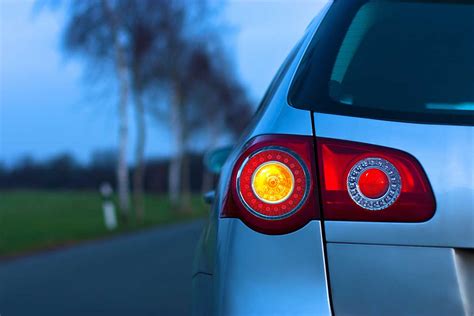 Even if you make good eye contact, you have to keep it there. Very similar to signaling a car. The people behind you have to know. That is why you need to have some distance so you don’t crash.

You don’t have control over it. If you walked up to a women and pretend to hug her, she will reluctantly hug you if you are close, not like this picture of course

EXCUSE ME I HAVE A QUESTION, WHY DOES THAT WORK?

Why not just say yo what’s up or some stupid shit? 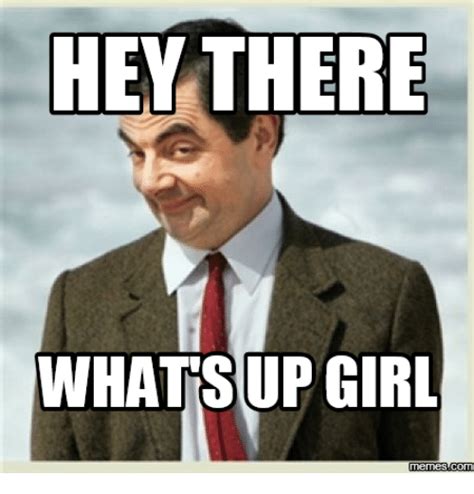 Excuse me, is polite

BUT WHAT THE FUCK IS THE REAL QUICK PART?

Its a false time constraint.

I plug in old school pieces into my game. This shit started back in my generation when I started daygame.

Using a false time constraint slows down the elephant and the elephant wants to know what you want and how long you are going to stay.

Who said you can’t use another false time constraint?

Then when you mix it with the adaptive opener now she knows why you wanted to talk to her.

WHY NOT JUST PLOW JONN UNTIL THE ELEPHANT STOPS? 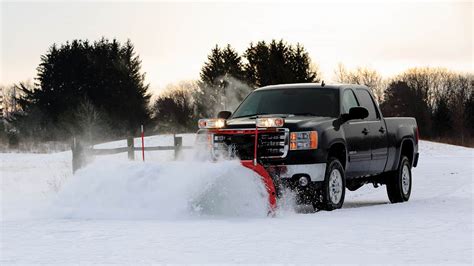 THERE IS ALWAYS A GOOD, BETTER AND BEST WAY. THIS IS GOOD, BUT THERE IS A BETTER WAY

Plowing can work for a taller strong higher race advantage guy of course. That presence might stop the elephant because of the size or SMV in a country that english isn’t the first language.

Then again you can dance around like a monkey too and that would work.

But what if you were a short skinny no SMV Asian? Where even the elephant perceive you with no value whatsoever and even laughs at the idea of stopping? Knocks you right over and keeps walking?

YOU HAVE TO DO THE OPPOSITE TO FURTHER USE HANDBRAKES

John, why are you posting all these stupid memes? Well its my blog… I can post whatever the fuck I want 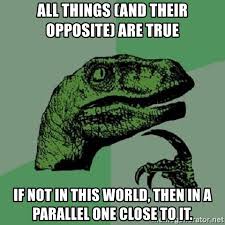 I mean if fast plowing means a guy who speaks fast because he has less value, he doesn’t want to get interrupted.

If you were a shorter skinnier Asian guy a fast plow would make you look beta.

TRY A SLOW PLOW, LIKE SLOW SEX YOU STILL PLOW, BUT YOU SLOW IT DOWN LIKE A HIGH-VALUE GUY

THIS GUY HAS 2 BILLION DOLLARS, YOU THINK HE NEEDS TO TALK FAST?

Of course not, every fucking person will listen to what he is saying because hes rich as fuck and he doesn’t have to speak fast as if he was going to get interupted. He is an authority.

I BET A LOT OF YOU ARE HAVING LIGHT BULBS CLICK IN YOUR NON-BRIGHT BRAIN RIGHT ABOUT NOW. LIKE HOW THE FUCK DID I NOT SEE THIS ALL ALONG?

That is what it is like to train with me, things begins to make total sense and you have total clarity.

IT IS ALMOST LIKE AN AIRCRAFT THAT CATCHES MULTIPLE CABLES AND SLOWS DOWN THE JET. OR THE BABY ELEPHANT. WHAT IF I TOLD YOU, THERE IS MORE?

What there is more? Yep, pretty much it never stops, it can go all day and no matter who it is, she will stop. EVER HEARD OF STATEMENTS OF EMPATHY?

You can call out the situation you know its random.

Or I know its odd someone decides to talk to you, in Vancouver people don’t talk to each other, they are often upset looking with a RBF, a resting bitch face, angry at the world because the rent is so expensive.

Okay, you didn’t have to say all of that, just saying I didn’t mean to startle you is enough.

This isn’t some Todd V rationalization bullshit. The way I train people is like for an MMA fight or ready for war. It is a physical activity with a lot of drills until you can perfect it. Not some live Skype talk therapy. Or some kind of London Daygame running stop. For that stop will not save my people but rather lead them to ruins.

2 STORIES, THIS CHUBBY INDIAN STUDENT WITH 4 LAYS AFTER MY BOOTCAMPS BUT 2 PULLS ON MY BOOTCAMP KEPT GETTING REJECTED ON SUNDAY. WHEN WOMEN WAS ON GUARD FOR PUAS. SO HE DRILLED THE STOP PROPERLY

Instead of doing it his fucking way, he did it my way. Guess what happened. 25 sets in a row, all stopped. Every single one of them.

You will see all of this in his future bootcamp video. You don’t need to reinvent the wheel. I have dog shit SMV and the lowest of all daygame coachs. The most dog shit, even lower than Indians. If it works for me, it works for anyone.

No matter how well I am dressed, or how nice my hair is. My value is fucking low. Its like Krav Maga. One angle that is wrong from a knife defense, you fucking die. There is no room for error.

50 year old man, who is now with this girlfriend. I TOLD HIM, LISTEN YOU DON’T GET PISSY WITH ME. HE LEARNED THE STOP, IT DIDN’T WORK ONE DAY AND IT WORKED FOR EVERY SINGLE SET EXCEPT 2 THE NEXT

I was like listen you, don’t get your panties in a bunch. Let’s diagnose it.

Later on he told me he wasn’t wearing his elevator shoes. He was a 5’7 midget like I was without it.

Then he wore it, guess what every women stopped. Except 2

THEN I SAY, NEXT TIME, DON’T LET A WOMEN CONTROL YOUR HAPPINESS. IT IS ALL SCIENCE, NOT AN ART.

THIS STOP WORKS EVERYWHERE AROUND THE WORLD.

We did drills, even in the future his old habits came back. After retweaking it in drills, it works again.

I already solved the problem for everyone around the world. Why listen to bullshit coaches like this faggot RSD Todd?

STOP LISTENING TO THESE CLOWNS. THIS ISN’T A FUCKING CIRCUS

White people don’t empathize with minorities. They are too busy saying value doesn’t matter, it is all game. Trying to deflect their SMV. These guys looks are too low and their game are too low. They aren’t good at daygame. When was the last time you seen Todd bring a women in the room from daygame? Just like all white dating coaches, you don’t. It just cuts out half way. These faggots should of just called it an instadate. Not a pull.

I already have the most students in the world laid or pulling for daygame bootcamps. So if that is the case, why reinvent the wheel?

If a white dating coach gets a student laid in daygame they get one testimonial every two years or three. With a white student.

Now many years will it take them to catch up to me? Maybe beyond their career or many lifetimes. They can’t do it, they are clueless.

They have no social skills, these are nothing but aspies without any facial expressions. Monotone like most Aspies or a high squeaky voice.

WHERE CAN I FIND THIS KIND OF TRAINING JOHN TO IMPROVE MY STOPS? MIND YOU THIS IS ONLY ONE PIECE OF MY GAME, I WILL EXPAND ON IT. EVERY STAGE IS THIS DETAILED AND IT WORKS FOR EVERY RACE, HEIGHT, CIRCUMSTANCES, COUNTRIES

This is a daygame revolution for me. I don’t care about your theories or preconceived notions. SUCCESS LEAVES CLUES. I ALREADY TRIED EVERY FUCKING STOP AND COMBINATION AND ONLY THIS ONE WORKS

If it already works for the stop, why change it? Because you have aspergers and can’t do every third step?

Well maybe you need to automate it by so many drills until you can bring it down to two steps in your body and mind.

Elite 30 goes over it, maybe not in such detail but its there

Actually, every student got laid or some kind of sexual activity like a blow job

At the bootcamp you will be encouraged when you are doing well. I’m nice, but when you get hardcase you will be yelled at until perfection. Failure is not an option.

Hope you learned something today

THIS IS ALL DAYGAME, I DON’T GIVE A FLYING FUCK ABOUT NO TINDER OR NIGHT GAME NO SOCIAL SKILLS SHIT WITH DTF WOMEN.

I’D RATHER MY STUDENTS CREATE CONVERSIONS FROM COLD TRAFFIC, THAT’S THE REAL SKILL.

ITS NOT A GAME OF VOLUME OR A NUMBERS GAME. IT IS A GAME OF VALUE AND A GAME OF CONVERSIONS

FOR ASIAN MEN, I DON’T CARE IF YOU CRY ON MY BOOTCAMP, FEEL BUTTHURT, OR COMPLAIN. THIS IS A WAR TO ME. I’M TRAINING YOU FOR THE BATTLE OF YOUR LIFE. FAILURE ON MY BOOTCAMP ISN’T EVEN AN OPTION, I WOULDN’T EVEN LET YOU. THAT’S HOW TOUGH IT IS.

SOME PEOPLE THINKS ITS TOO TOUGH, BUT THEY ENJOY THE RESULTS AFTERWARDS.