Oh noes, John is though on his students. Its wrong because you aren’t politically correct or professionally correct. Actually most students love the results they get, they just hate me afterwards.

So what, you wanted my skills and you have to pay the emotional price. What did you expect?

If I just talked to you nicely, you ain’t going to do shit. You will just do the same shit. Its called tough love.

Anyone who is a snowflake who gets triggered easily shouldn’t take my bootcamp to pull or get laid.

INSTEAD, YOU SHOULD FAIL WITH YOUR HERO COACH SOMEWHERE ELSE.

JOHN, ITS ILLEGAL TO FILM IN THE BEDROOM… STFU

Don’t worry I censored her face well and his, so it isn’t a problem.

PEOPLE NEEDS DRAMATIC EXAMPLES TO SHAKE THEM OUT OF APATHY

In the beginning, you can see the bedroom stuff.

Its all real, my students do get progressively better on the bootcamp.

I’m only going to take on 2 bootcamp students now a month. I’m starting to get a bit old. My energy level isn’t the same.

I’m just joking, I don’t ever age, fuck that. I’ll just dye out my white hairs you can see in the video. I was having white hairs since I was 20 years old and I thought wtf.

WHY DO I TALK SO MUCH SHIT?

I mentioned Floyd Mayweather jr in the bootcamp video, when I think about it. Lol. Keeping her on the line.

REMEMBER, THE ONLY LOSERS ARE YOU STUDENTS DOING YOUR DAYGAME TRAINING 😉 YOU DON’T EVEN HAVE MORE THAN HALF A DOZEN OR LESS TESTIMONIALS FOR DAYGAME. EASY TO TALK ABOUT THE TBE, THE BEST EVER FOR TEACHING DAYGAME

400 TESTIMONIALS FOR DAYGAME VS MAYBE YOUR 4 AT MOST? COME ON NOW. LETS TO THE MATH, ISN’T THAT LIKE ME HAVING 100X MORE RESULTS THAN YOUR STUDENTS?

Hell i’ll even read out the video testimonials.

I can back it up. I suppose the reason why anyone will is because when you have the upper hand you can due to ego.

For me personally my student results, yes I will post every single bootcamp clip. You will see, it wouldn’t make sense.

Even if others talk shit about me, well I get more views and subscribers. Also I get to post more and more proof. Over an over, like I said, I will flood the Youtube like the red sea.

I just need time to edit the videos, nothing else.

LIKE DAN PENA WHO SAID WHEN I TALK SO MUCH SHIT AND THE THE PROOF CATCHES UP TO ME, PEOPLE LISTEN.

Actually, I have all the infields and all the student clips all this time. I just didn’t want to release it.

THERE ARE SO MANY APPROACH TO THE BEDROOM I’M SUPRISED IF I DIDN’T GET SUED OR KICKED OUT OF EUROPE OR OTHER COUNTRIES FOR IT. THAT’S HOW MANY I HAVE.

Youtube will be a stricter platform in the future I believe, censor well.

Or people can capitalize it as their system when I taught different concepts.

MY GAME IS CALLED THE SEXUAL CONNECTION, A REAL SNUB TO JUSTIN WAYNE’S ROMANTIC CONNECTION.

I use the least amount of romance. You don’t see this student hand-holding or any of that shit but still got 2 same day lays.

SO MANY FUCKING HATERS

There are always faggots on Youtube hating on me. Not sure if they are all one person and multiple alts. Fuck em.

You want more bootcamp proof, next student got 3 lays in my bootcamp. I’ll even show the sex scene censored. I don’t care. 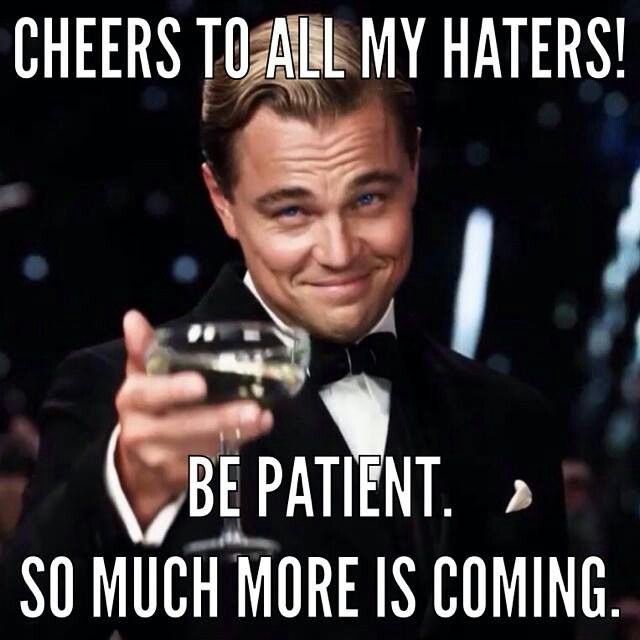 You wanted proof. Its hard to deny.

We trash talked other coaches thoughout the entire bootcamp which is funny. I kept talking shit about Karisma King then. Since he tried to talk shit about me.

Dude can’t even get one student laid in daygame, lol like most white deluded dating coaches.

Most people doesn’t realize I have many more video testimonials.

For everything, it all depends on how fast I can get the videos edited. Same with infields. that’s why I am releasing teasers or trailers.

I don’t want to censor all that shit.

NOBODY HAVE TIME FOR DAT

PEOPLE WHO DOENS’T LIKE ME CAN KISS MY ASS

Oh John isn’t nice. Ummm isn’t the nicest coach the ones who extracts money from you the fastest? But you got your mental mastubation and comfort.

GO BUY A PILLOW INSTEAD, ITS COMFORTING