THIS IS AN UPDATE FROM THE STUDENT WHO WAS AN RSD VICTIM WHO BET EVERYTHING ON ME TO GET LAID BEFORE JOINING THE ARMY. HE LATER HAD 2 GIRLFRIENDS AND A TON OF LAYS.

Every day it seems like a new testimonial. I just get them and they just show up. Its not like I planned them or anything.

All my students uses my exclusive concepts the sexual connection. They don’t use romance at all but still get girlfriends in this case 2 girlfriends. But it still works.

He maxed out his SMV with Zara fashion, my watch suggestions, it works so well.

Rather than going with the leather jacket route being black. He went with the blazer look and husband material frame.

He was a RSD victim who just wanted to get laid.

Look at him before to now. He has been though an evolution.

SORRY FORGOT TO WRITE MORE STUFF. I should because I’m supposed to right?

Am I suppose to make you feel motivated because you need motivation to even take action because you are a sheep?

How many more students of mind will get laid before you get a program?

Shouldn’t you follow his path and start with Elite 3testi0 or something?

If I have testimonials every single day and they all showed up today, not saved up, then maybe my daygame style the sexual connection works?

My students flirts, they don’t use romance. So is romance, boyfriend, girlfriend material, is it necessary? Or will that kind of thinking or frame level your skills down? Won’t it kill all short Asians from getting results?

do you think this student used romance? or turned fvck buddies into girlfriends?

With all of my concepts, new concepts, which were actually my real concepts all along… aren’t you seeing more lays than pulls recently?

Is the game evolving? every 3 months?

wasn’t this my style all along?

How come I have more testimonials in a week than most people have in their entire career?

Why are there so many students recently getting girlfriends?

Why do I get tall students laid and even short ones too? Not just tall ones?

If i’m maxing out his SMV, then isn’t SMV important?

OBVIOUSLY, it’s EASY IF YOU ARE TALL AND BLACK, OR IF YOU LOOK BLACK FROM ANY OTHER RACE. YOU ARE A POSITIVE STEREOTYPE.

He used to have a big afro and baggy puffy jackets. It was a disaster. After he got a haircut, he couldn’t even keep up a conversation. He would speak super fast.

After he practiced conversational skills in the mirror he fixed his speed and he was finally able to speak back and forth to the girls.

Until his second Skype, I taught him objections dealing and how to flirt. In 3 Months To Proficiency, I had 4 flirts by default. These were just training wheels Guess what… with his SMV he got laid just like that. She came over, she was also in the recruiting office where he met her. He banged like like crazy.

of course its easier being a tall strong black guy you dumb mofos.

If you can’t capitalize on it, then use more social skills.

This is the United States, its not like Las Vegas easy.

My Asian bald 5’11 student same day lay a white girl in Las Vegas that is 8/10 in looks. If he got Asians, that isn’t impressive.

WE FOCUSED MOSTLY ON THE UPPER LEFT AND BOTTOM RIGHT, SOCIAL CALIBRATIONS, GAME AND JUST A BIT OF THE BOTTOM LEFT, FLIRTS, FOR EMOTIONS

If you don’t realized by now being tall and black means you are 8/10 in SMV. If he can slay United States for the game and even in military base, that’s very impressive. He is over the line.

If he works on his social skills, he will get even better.

ARE YOU FVCKING STUPID? YOU THINK GAME IS SUCH A BIG PART? COME ON NOW, ITS ONLY LIKE 25% OF THE ACTUAL GAME CATEGORY. LOOKS, MONEY, STATUS, PLUS GAME.

THIS STUDENT HAS ALL MY WATCHES AND EVEN MY NECKLACE THERE AND MY BLAZERS. HUSBAND MATERIAL FRAME

NOT SOME GOT DAMN, SAME DAY LAY FRAME OR SOME QUICK SEX PLAYER FRAME, BUT A HUSBAND MATERIAL. YOU GET THEM ALL WITH IT.

FOR THOSE WHO CAN’T DO IT IN THE UNITED STATES EXCEPT WITH AN ASIAN GIRL. WELL… SOCIAL SKILLS ARE OFF AND SOCIAL CALIBRATIONS, SAME WITH GAME, IF Y9U ONLY HAVE EMOTIONS.

So if you can’t get the same results as him, you don’t have enough social calibrations, or social skills as a black looking person. A lower level of game if its Asian girls. That’s not transferable.

I HAVE ANOTHER STUDENT WHO LOOKS LIKE THE OLDER VERSION OF HIM, WITH AN OLDER FASHION SENSE.

LOOK CAREFULLY AT THE PIECES OF THE CHART HE HAS MAXED OUT. SOCIAL CALIBRATIONS AND GAME.

Its a skill issue if you are suffering. Your fashion will raise the looks and you want the husband material. You will get the same results. You have the same accent, same face structure, just a bit older looking.

Once the social aspects are handled, your skills are down.

Once you get the social aspects down your results will flood in.

Your tall height and your black stereotype will flood in, a force multiplier.

FOR THE DUMBASSES WHO DIDN’T GET THE BUNDLE 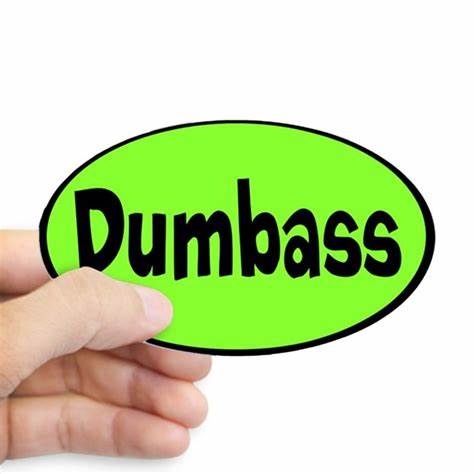 Don’t make his mistake, he bought the playbook first so he used up 3 Skypes and that’s it. He is part of the inner circle now. Those students wants even more results than now.

He could of got 5 Skypes instead of 3. Those are what makes the products works 10x better. It works without it, but with it, way more results.

GET BOTH ELITE 30 AND THE PLAYBOOK LIKE HE DID.

HE ORIGINALLY BOUGHT IT WITH THE PLAYBOOK FIRST THEN HE GOT ELITE 30.

IT WAS ON HIS SECOND SKYPE HE GOT RESULTS.

Stop being stubborn, get both the products already. Max out you game and your social calibrations.

But WAIT, YOU OFFER THIS WITH A BUNDLE? MORE INFO PLEASE

the next testimonial. I have to censor his face. This was the student who same day lay before the bootcamp and right after.

Lol. I mean there are too many testimonials, I would like to take a day off and one day I will change the counter because its way too much work to censor his face and I have to fish the clips out of my phone and osmo pocket out of the bootcamp. I don’t have everything organized.