They are so deluded sometimes when you tell them the truth, they sort of think you are ripping them off.

When they do one thing for them, suddenly you are the enemy who is the value taker

They can’t see the value in something sometimes

If they are deluded, they will think they helped you more than you helped them. But in reality they are just too stupid to absorb what you are saying.

Their perception can’t see the value sometimes. These guys are kind of dumb. They aren’t bright.

Sociopaths are really not bright and has no personality.

THAT IS WHY THEY WEAR A MASK

THAT’S WHY THEY GO CRAZY WHEN YOU REVEAL THEIR MASK

YOU GIVE THEM VALUE, THEY ARE FORCED TO GIVE IT BACK AUTOMATICALLY

Its weird, when you have these narcisissistic value takers.

They always give you something back when you give them something

THEY HAVE NO VALUE, SO THEY FEEL COMPELLED TO GIVE IT BACK

THIS IS HOW RSD MANIPULATES YOU WITH FREE ADVICE VIDEOS

They hope by giving you enough comfort and value, you start to relax and consume.

THEN YOU FEEL COMPELLED TO GET A COURSE OR SOMETHING.

NOT EVERYONE IS BRIGHT, SOCIOPATHS AREN’T 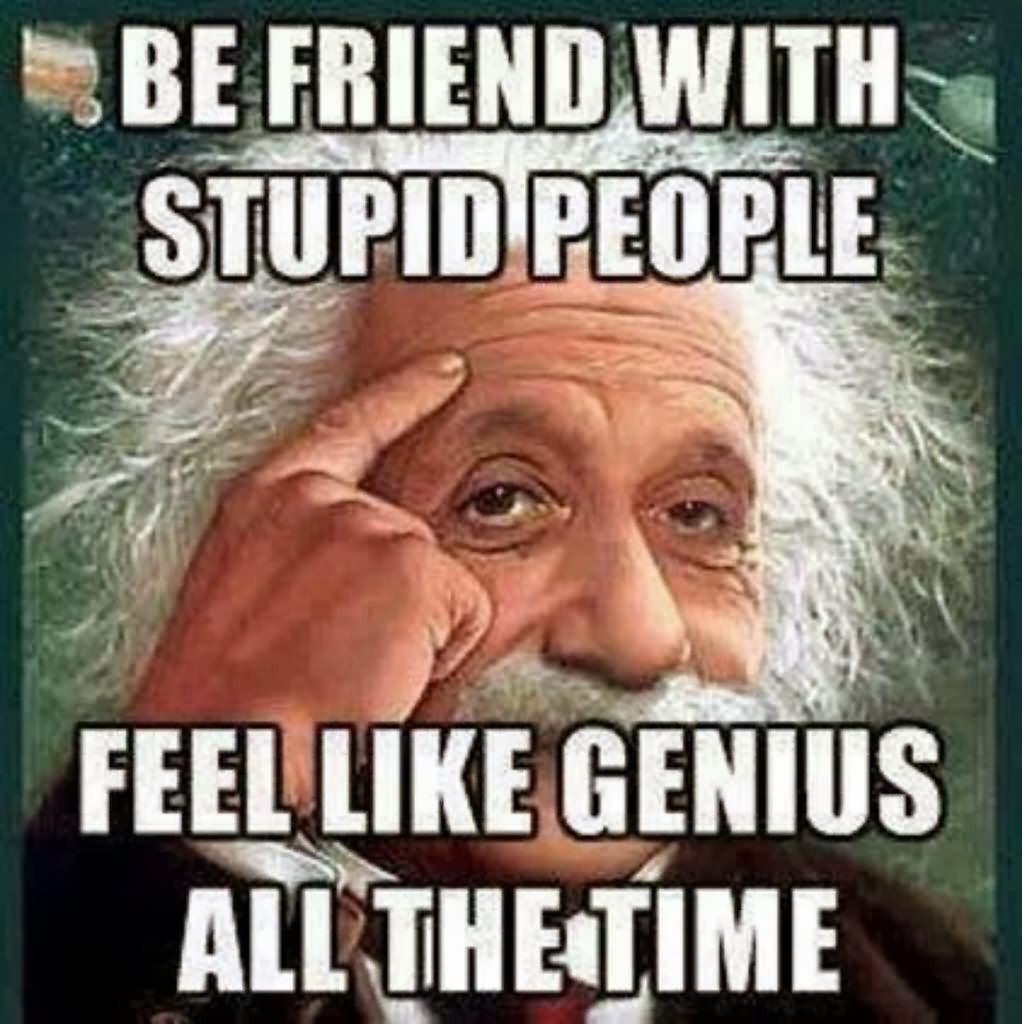 I had a guy who thinks he is helping me a lot. Yes he helped me in many ways, chiropracting and stuff. Lots of stuff.

But he can’t perceive it because the light switches didn’t go off.

Even when we both watched a course online from one of my mentors live coaching. It took him one mother fucking hour before he got anything out of it and wrote down notes.

Sociopaths are completely stupid and feel like they offered more.

NOT EVERYONE CAN RECIEVE YOUR GIFTS.

Some people are just plain dumb.

JUST GET RID OF PEOPLE LIKE THIS IN YOUR LIFE, THEY WILL FAIL ANYWAYS IN LIFE 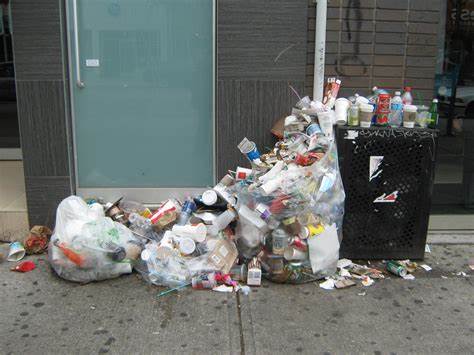 If everyone was smart, they wouldn’t do shit, they will realize it is a waste of time

Dumb people like these makes the economy go around

They are destined for a life of misery

YOU CAN’T SAVE EVERYONE

Wait, most are too dumb to even understand this concept. Most people can’t even read now days

Sometimes you want to tell them what is good for them.

But that just makes them resent you.

I SAY TELL THEM ONCE OR TWICE, SAYING YOU ARE HELPING THEM DOWN THE ROAD

Not everyone knows what is best for them

YOU KNOW LIKE YOU WANT TO TELL A BOOTCAMP STUDENT TO PRACTICE BEFORE HAND BUT HE DOESN’T WANT TO, BUT HE SAID HE WANTS TO DO IT ALL ON THE BOOTCAMP

People are stupid even though I know this will get him laid on the bootcamp. 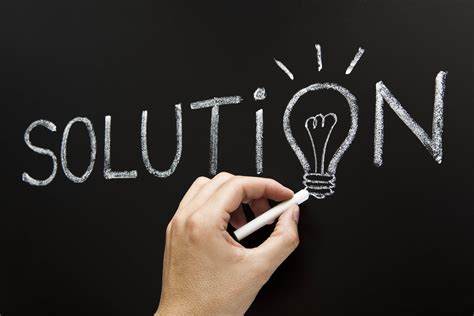 If you knew better than me, you wouldn’t be in this situation in the first place.

You are lazy, unwilling to learn or take action.

You dismiss and its called mental laziness

You are stupid and only have a surface level thinking

You don’t see the depth of my coaching sometimes

Most people gets it, but some are dumb and sociopathic

easily offended. Even unteachable at times

Sure some of these people have a good job, but not everyone can think for themselves. Just be employees.

READ SOME GOOD BOOKS AND APPLY NOT THE FLUFF.

YOU DON’T UNDERSTAND A TOPIC, A LIBRARY IS FREE

IF YOU CAN’T REACH ME NOW, THE SITE STILL REQUIRES 72 HOURS TO FIX THE EMAIL ISSUE. SO I HOPE THAT GETS FIXED. UNTIL THEN HOPE YOU LEARNED SOMETHING.

IF NOT YOU AREN’T BRIGHT…

We have a generation of entitled people who are just distracted and stupid and a bunch of triggered snowflakes.

Apparently learning shit and being smart isn’t cool anymore. Wasting their time with stupid shit and not dressing nicer or even learning high income skills. Retards.

Sometimes people needs a good yelling in order to understand First of all since my last post I most likely offended half the entire audience.

Now you dumb mofos realized oh shit, you need social skills too for game, social calibrations and even better vibes.

THAT IS THE FUCKING GAME

The rest of the shit while important is only a smaller piece of the puzzle.

Yet in social circles and the naturals all can do it, but you ignore it

Other thing was I was just giving a directions and saying this is how you get to a place.

THE SOCIOPATH KEPT SAYING I KNOW HOW TO SPELL IT.

GETS IT WRONG EVERY SINGLE TIME.

I SAID GO LOOK AT WHATSAPP, I DON’T HAVE TIME FOR THIS, YOU ARE STUPID, ALWAYS WANTING TO BE RIGHT

This is stressful for me when dealing with deluded fvcks.

BECAUSE YOU ARE NUMBER 10 DELUDED, NUMBER 5 WIN AT ALL COST

You get a feeling of being right…

OR SHOULD IS SAYING BEING DUMB

I’d rather be non deluded, smart and correct, then being dumb and right

That’s why you are such failures

Most of you are so stupid, so sociopathic,

STOP TRYING TO BE RIGHT ALL THE TIME

IF YOU DO THAT, YOU CAN’T TAKE RESPONSIBILITY AND TAKE EXTREME OWNERSHIP OF THE PROBLEM

I have one student with these traits. He is saying he doesn’t want to have it and I teach him how to be at their higher self.

I told him exactly the steps. He gets it. He can choose

Most of you dumbasses can’t choose, you just buy into your own hardware issues with your brain

THERE IS NO PERSONALITY, JUST A TUMOR

But think with your higher self.

The second choice is to do the opposite, the higher self.

Maybe I should design a program for impossible cases. Or maybe call it dear Asians. Lol.

YOU DON’T ALWAYS HAVE TO BE RIGHT IS THE FIRST STEP AND TAKE EXTREME OWNERSHIP OF YOUR PROGRAMS. WHEN YOU CAN DO THAT, YOU ARE BRUTALLY HONEST WITH YOURSELF AND NOT TRYING TO MENTALLY MASTUBRATE, YOU CAN FIX YOUR PROBLEMS

I have too many students now, I have to downsize.

I’d rather teach the right students, they always get results.

In the future, deluded dumb fvkcs like these, well fvck em. Let them fail with RSD or some other shit.

WELL, FVCK YOU, ITS NOT CUSTOMER SATISIFICATION, BUT STUDENT RESULTS

Most puts up with me because I get students laid one after another as you see.

Its is just most of my current students has these traits lately so I can adapt.

I’m the only one in the entire world who can get them laid.

Most coaches wouldn’t even touch them with a 10 foot pole or bother.

ITS EASY FOR ME. EVEN ANOTHER FRIEND WHO ASKED ME QUESTIONS IN MY SLEEP ABOUT TEXT GAME…

MY EYES WERE REM SLEEPING, BUT WAS ABLE TO TEACH HIM

I’M A NATURAL AT TEACHING

Another natural said when a girl gives objections, he sees a script in his head, showing up. Knows the answer, its the same way with me for teaching daygame.

I’m a natural at it. Its not replicable.

JUST WAIT A FEW DAYS AND CONTACT ME, IF YOU CAN’T YOU WANT COACHING, JUST ASK ME ON FACEBOOK.

THIS NEW DOMAIN TAKES TIME TO MAKE IT WORK TO FORWARD SHIT TO MY EMAIL.

I GOT SO MANY NEW STUDENTS FOR THE INNER CIRCLE ONLINE GROUP COACHING.

IF YOU WANT TO BE PART OF IT, I TRUST YOU, WE HAVE TALKED BEFORE, THEN CONTACT ME ON FACEBOOK.

TOO MANY STUDENTS RIGHT NOW, BUT ITS OKAY. BUT THERE IS A POINT I CAN’T TEACH ALL OF THEM…

There are many delusional white dating coaches. Or tall black or Latino ones.

Since they have some SMV they often get positive reinforcements.

So they often tell others how to game and its all confidence or whatever mindsets.

They are too deluded to empathize with those who are shorter than them.

THE SAME SOCIOPATHIC TRAITS OF SHORTER PUAS WOULD NOT GET THE SAME COMPLIANCE SO THE DELUSIONS WILL WORK AGAINST THEM.

Height matters a lot, so is race and looks a bit less, muscles matters more. Everything matters actually so try to get over the line of fuckability if you are lower on the SMV scale.

The whole industry will be a revolving door of sheeps who wants comfort. Taking one system after another. When in fact everything I teach works if you follow it and tell your left logical brain to stfu.

YOUR LEFT BRAIN CHATTERS BULLSHIT BECAUSE YOU DRESS LIKE SHIT AND YOU HAVE NO SELF ESTEEM. IT TAKES OVER.

The chatter stops when you dress well, take care of yourself and not do it for the ego.