Yeah he got laid, so I guess mission accomplished for the Latino guy.

He did everything I told him to and turns out he got 2 blow jobs and one lay. That’s 3 pulls.

He used Elite 30: From Hardcase To Hero only. Some mentorship. But giving free advice, in the future i’m not going to.

He only is going to have one day of bootcamp. I’ll teach him as much as I can. But he’s already got laid with my coaching.

He sounds very disrespectful. But I will reinforce my policy from now on, no matter how much someone begs, I won’t train delusional people.

Yes I’m narcissistic, I admit that, but I also have the student results to prove it. But I was even more narcissistic in the past as you all know me.

I’m just going to teach him, not befriend him.

I realized from Mr. S, i’m way too generous.

This guy has a toxic friend who took my photos. I told him to cut him out of his life, something is wrong with him. He was literally gaslighting my student.

His friend kept saying false shit, so I think his friend is a sociopath. Well he’s middle eastern, so… well that speaks for itself.

I ONLY TEACH PEOPLE TO BE AT MY HIGHER SELF. MY LOWER SELF WOULD OF KICKED HIM OUT AND SAY YOU CAN’T TRAIN UNDER ME. MY HIGHER SELF, SAID, WELL, HE FUCKED UP, DOESN’T DESERVE A SECOND CHANCE. BUT I CAN FORGIVE. HE CAN TAKE THE BOOTCAMP. BUT I WON’T FORGET.

Or course I did tell him, if he does mess with me, I won’t tolerate disrespect. But you push people too hard, they don’t listen.

But maybe i’m too tough, Mr. S had to describe my teaching behavior. It’s okay, a lot of students comes to me looking for results. But they don’t like me after the results.

For the money, I made a lot this month. But its not my main priority, its always second to getting student results. He got results. This is a fact.

My only weakness is my social skills.

The way I talk to people, I’m pretty fucking mean.

There is a difference between emotions and feelings.

HE BELIEVES WHEN I TEACH THE WORLD THIS NEW SOCIAL SKILLS, THE STUDENTS WILL BENEFIT GREATLY FROM IT.

Not just get laid, but a girlfriend and can keep them.

It will level up even Asian guy social skills.

HE BELIEVES I’M MORE OF A TRAINER THAN A TEACHER, A GOOD TEACH, WORLDS BEST TRAINER OF THE GAME

A teacher can be empathetic. But doesn’t mean it will bring results. We see this happening in the industry a lot.

But i’m good as a trainer. But I need to have more of a life outside of PUA friends.

Vancouver is a city where it is about social circles. Everyone knows each other kind of city.

Most of the tall guys are out at night. But they don’t look like they are picking up.

Emotions doesn’t matter as much as social skills.

While I use it for game, that kind of emotions. Social skills is superior.

It did help a great deal, but being normal is also hard.

I tend to be a tough guy.

Mr. S has superior social skills. He said my bro has better social skills than him. My bro will kill 1.5 billion Asians in the game, if he had my game. Unstoppable.

I have to reverse engineer it but for Elite 30: From Hardcase To Hero. One module is called social skills. It will be upgraded.

I WON’T USE HIS ENTIRE GAME. I JUST NEED LIKE 2 GOLDEN NUGGETS. I FOUND IT.

I TEST EVERYONES GAME AND I’M READY TO DISCARD IF I HAVE TO.

Most students doesn’t like me. but know there was no other way.

If I was nice, they wouldn’t get results.

If I was a drill sergeant, tough, maybe very tough, they get their results, but they will resent me.

HES NOT EVEN RESPONDING THAT MUCH TO ME. BUT HE GOT HIS LAY.

I guess another student success.

I also had another Latino student do the exact same thing.

I MIGHT CONSIDER NOT TEACHING DELUSIONAL STUDENTS AGAIN. OR NO MORE LATINO STUDENTS. THEY ALL HAVE BEEN ON THEIR LOWER SELF.

I am to teach another Latino student, they have to show they are capable of their higher self.

ANOTHER STUDENT SAID JOHN, STOP TEACHING SO MUCH TO STUDENTS, THEY DON’T DESERVE ALL OF THIS, HE SAID IT FOR THE

I AM THE WORLDS BEST DAYGAME COACH IN THE WORLD…(daygame, not night game)

Its hard to deny at this point. He even seen all the testimonials.

But this was a bitter sweet victory. I had such plans for him. So he can grow further.

His friend said I am narcissistic for saying this, but this is a fact, not opinion.

Obviously I don’t enjoy being so tough on people, but there was no other way.

I told him after he gets results he will turn on me. Like my other students.

I said all narcissistic people will turn evil.

Then they will try to bite the hand that feeds them.

Then they lose contact with me, then their results will stagnate.

I’VE DECIDED TO GIVE HIM ANOTHER CHANCE. EVEN IF HE DOESN’T DESERVE IT.

But sometimes, how I behave is socially uncalibrated. But its okay. A new game is emerging.

I was accused of not teaching him game? But in reality this was the real game Game is only a small part vs social skills or raising your SMV.

My 5’4 mentor thinks the bedroom escalation concepts I used are creepy and won’t’ work here. You have to seduce.

I SAW MYSELF WHEN I TAUGHT HIM

Maybe I was too hard on him, he’s only 17 and emotionally isn’t as strong as my older students.

But in the bootcamp, i’m still going to be very tough.

ITS ABOUT STUDENT RESULTS, NOT STUDENT SATISIFACTION.

IF YOU WANT STUDENT SATISFATION AND TO JUST WASTE YOUR MONEY. THERE ARE PLENTY OF OTHER COACHES.

I have two sides to my personality 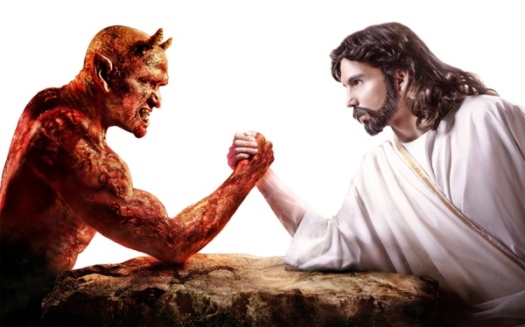 Everyone deserves a second chance. But not a third.

I did tell him I’m ruthless as hell, there will be no humanity if this happens again. If I ever had a third time with a problem. I’m either Jesus or Satan. You don’t want to meet the Satan version of me. Trust me, that John is scary. That side has no mercy. But i’m still on my higher self right now.

Its okay I don’t have many friends, I do have some good ones.

The short Pakistani mentor also thinks Vancouver is kind of fucked up.

TURNS OUT I HAVE GOOD SOCIAL SKILLS, THEY SAID WTH, YOU CAN DO IT.

MAYBE FROM ALL THE YEARS OF DAYGAME

THE HARDEST PROBLEM IS THINKING IT TAKES TOO MANY EXTRA STEPS TO GREET PEOPLE, TO ASK HOW ARE THEY DOING ALL THAT STUFF

IT FEELS AWKWARD, BUT I CAN DO IT

THIS IS THE SOCIAL LUBRICANT AS THEY SAY

A PUA, JUST SEES GAMING HER, SEDUCING HER. NEVER SOCIALIZING WITH HER

EVEN GIRLS TOLD ME TO HANG OUT WITH THEM

I DIDN’T GET IT, BUT THAT’S HOW THEY DO IT IN VANCOUVER

ITS A CONVERSION TOOL, ANOTHER WAY

IT FEELS WEIRD, BUT THIS IS MY CRITIQUE OF THE WHOLE PUA

I WAS TOLD, THAT THIS WAS MORE NATURAL AND IT ISN’T MORE GAME I NEEDED. IT WAS THIS

I WON’T NEED TO HAVE A 9/10 GAME ANYMORE, TO THEM GAME IS ONLY A SMALL PART

I COULD STILL HAVE A LOWER LEVEL OF GAME AND UTILIZE HIGHER SOCIAL SKILLS, IT WILL CONVERT

THERE IS SUCH A THING AS FEELINGS AND THERE IS A THING AS EMOTIONS. I LEARNED THEY ARE VERY DIFFERENT, BUT SIMILAR