I had no muscles trying to lift more and more. I really wanted to get more muscles so I wouldn’t have to be skinny fat.

I wanted to be able to get more ripped and I could to raise my SMV.

The thing is I was I had such a high metabolism and I was skinny fat. That meant I wasn’t able to get more ripped, let alone to raise my SMV.

To make things worse, I felt terrible because I was wasting a lot of time working out. I felt even worse about the situation because I wasted almost year.

I felt like what the hell is wrong with my body, I can eat 6-8 plates of food in all you can eat buffets to help build muscles, but my body isn’t getting stronger.

The problem was that I wasn’t motivated by people telling me do it for your own health. I’m not a health nut. Which meant I wasted a ton of time listening to advice that wasn’t suitable for my body type, which quit working out over and over and over again.

That’s when I started doing this for women and not my own health all about getting a home gym to integrate it in your life, also doing high reps, low weights, to mid reps, mid weight to low reps high weight for a few weeks at a time!

It was now crystal clear to me how to gain more muscles in a short period of time, because I saw now I am constantly motivated to work out.

You need to Start motivating yourself by working out for women to get a ton more compliance sexually from them instead of your own health because you might not always have high enough self esteem to workout for yourself or health instead. I can get away with it because I have world class level game. But not everyone does.

As a result I bought a used Total Gym for $45 Canadian. Was one of the best investments I ever made. Now I have no fucking excuses. 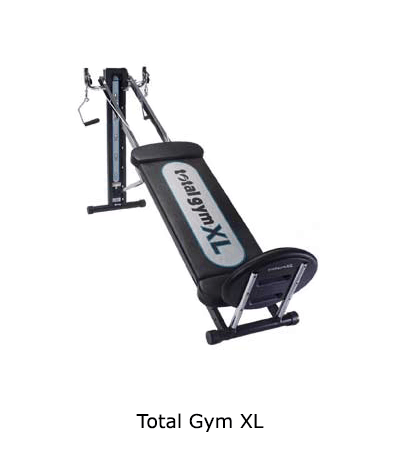 After I did that, I started work out almost every single day because the machine was right next to me all the time.

Suddenly, I was looking more shredded, having more abs and muscles. I lost a lot of fat around my obliques area and lower stomach too.

That’s when I realized that the secret to lift more and more was not everyone has the self esteem to do it for themselves, so do it for the women.

My plan was to start making all bootcamp students work out and intermitting fast before the bootcamp.

So I started force them to work out to raise their SMV, along with intermittent fasting. But we didn’t stop there.

We then started to give a specific body building program that works for Asians to everyone.

After that, we got our last bootcamp student laid, after he shredded and lost all body fat.

I was more shredded, but still a bit skinny fat

I ended up getting so frustrated that we decided to just intermittent fast and forget about building muscles.

I chose to call it “integration”.

I thought if we could create something that would make it possible to integrate working out in my life, we’d be really happy.

After I set up the home gym right next to my bed and laptop, we created integration.

I can now work out daily without any excuses.

I then started to let other Negative stereotype minorities for daygame use integration.

As a result of all this I was able to achieve the following:

I’m definingly less skinny fat than before. I’m finally able to work out daily and intermitting fast. I’m able to gain some muscles and abs.

After creating integration, I was not only able to look more lean and ripped, I’ve also been able to stop gaining so much skinny fat on my stomach, because we can now integrate a home gym and tell myself I am doing this for the women.

Instead of listening to other gurus telling me to do it for myself. Not everyone has super self esteem. Even if I did, I never liked working out..

Even if you already go to a gym. Having two gyms is better than one

And in the end, all of this means I’m now able to be more proud that my body is a work in progress and I am rasing my SMV instead of depending purely on an insane level of game. I can compensate it elsewhere finally.

LONG STORY SHORT, DO IT FOR THE GIRLS. SOMETIMES DOING IT FOR YOURSELF THE TRADITIONAL FEEL GOOD SELF DEVELOPEMENT ADVICE ISN’T A GOOD CARROT ON A STICK. RAISE YOUR SMV ASAP.

I CAN TEACH YOU THE BEST DAYGAME SYSTEM IN THE WORLD, LIKE BEST SALES AND PERSUASION TACTICS. BUT YOU ALSO NEED TO BE A BETTER PRODUCT. ESPECIALLY IF YOU ARE A NEGATIVE STEREOTYPE MINORITY.

YOU NEED TO LEARN COMPENSATION THEORY TO GET OVER THAT LINE OF VALUE. IF YOU ARE NOT TALL AND WHITE, OR A TALL MUSCULAR BLACK GUY WITH PRESELECTION AND PROTECTOR STATUS. YOU BETTER FIND VALUE ELSEWHERE. THINK OUTSIDE THE RSD/SIMPLE PICKUP BULLSHIT ADVICE BOX.