Student might of pulled a girl home, most likely…

So tired, so i’ll write fast. I think the student pulled.

I taught him where to put the laptop and he threw away all the chairs outside. They don’t know who did that. I mean she can’t sit down on it now. Lol.

I’m also picking my nose in this clip.

I was teaching him objections dealing. I also have one of the strongest text game in the world. It always benefits all my bootcamp students. These white dating coach faggots who thinks they are advanced in text game doesn’t know what the fuck they are talking about. Maybe I should have a text game correction program for students. They send me all their text game.

The girl came out on the date.

On the way out, I lost them. I followed another white couple. I lost my eye sight, or everything is blurry lately.

I got bumped into again or a white trash with another Asian. I bet the Asian girls tells him that all Asian men are ugly and stuff. I break the sterotype and he doesn’t like it. I could be wrong, but they have this self hating behavior. Its disgusting. I’m experiencing racism, but I am the one who yells out white privledge all the time.

Then I saw a guy who looked like Jan. He was wearing glasses. Not the grey hair like the other guy. I followed the white guy and the Asian girl, but they moved too fast so I couldn’t confront him. It might not be Jan. If it was, I want to say all PUAs, including RSD victims clear Grandville and Robson. I claim this street as mine for this week.

But I was in the hostel as I have the pass. I heard a girl in there, so it must be her. I am still waiting on the students text. I trained him for a full hour of objections dealing. I don’t teach the same bullshit in the industry. Mine is expert level. Not some bullshit compliance threshold nonsense. It’s inferior to what I teach. Which actually gets my bootcamp students laid. 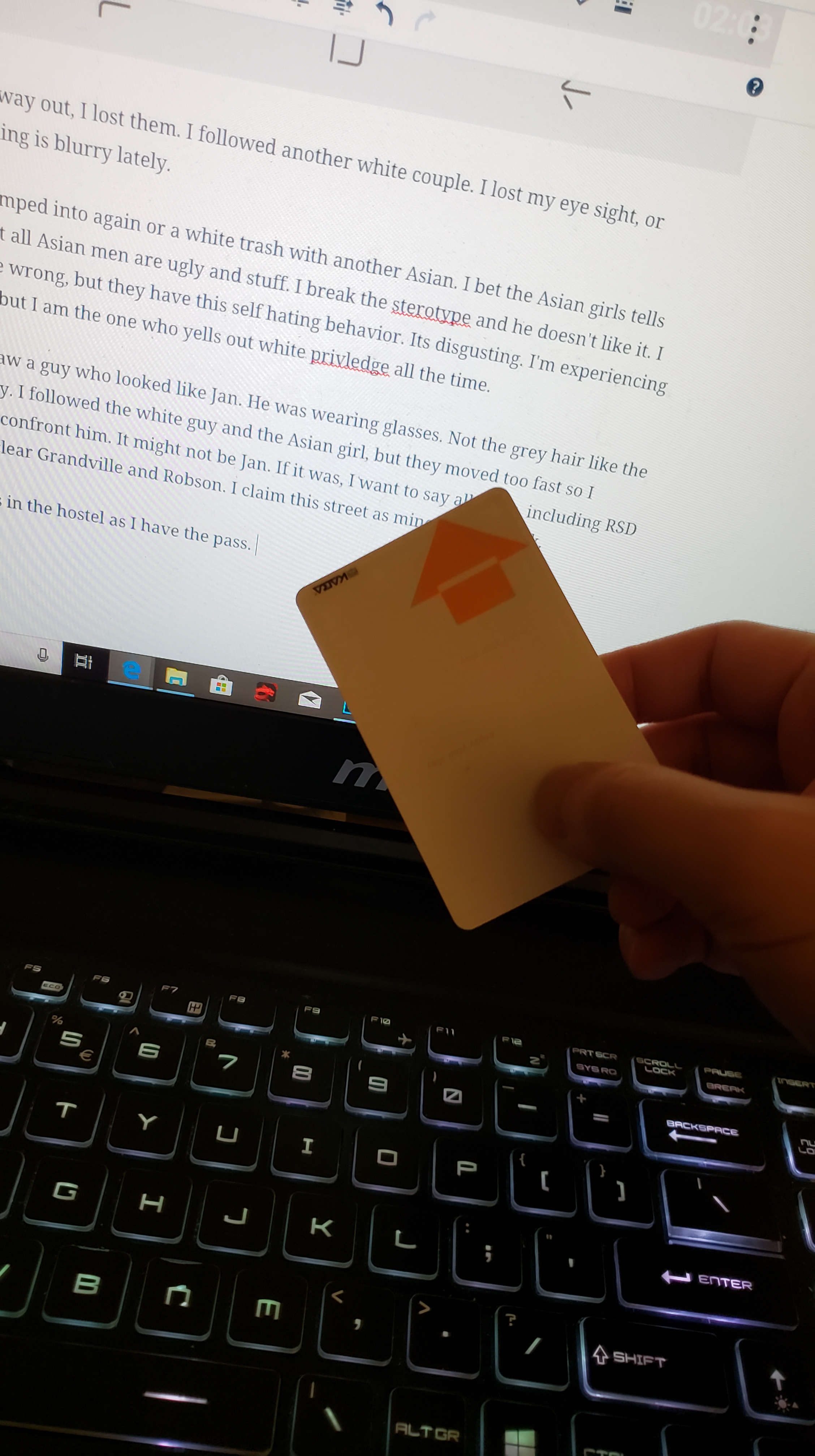 You probally realized by now, I have too many student results. If he gets laid, then great. John Wayne is like yawning and bored. For the world, they are like holy fucking John Wayne. But Krooked Karisma King said your game is intermediate. Well tell him I said he is just a movie critic, food critic, anyone can critique. But he hasn’t earned his michellin stars. Can’t cook, can’t make a movie or can’t daygame well. Talk shit all you want, Grandville is hard, it bested Valentino Kohen. He just sexually assaults girls kissing them after a number close. At least our students pulls and escalates them in the bedroom. Karima King takes 5 years. For my students it took 3 days.

Maybe my game might be the best in the world. I mean I know how to one shot one kill consistently. So, how the fuck does people critique without being able to do what I do? I hate movie critics, now game critics exist. That doesn’t mean your good at game. Just a deluded sociopath who would give his left nut just to have my student results. He would and would suck off RSD Tyler if he was allowed to.

KROOKED KARISMA KINGS AUDIENCE IS DUMBER THAN A BAG OF ROCKS. NO INTELLEGENCE. SOME PEOPLE ARE JUST PLAIN DUMB. NEVER UNDERESTIMATE HOW DUMB A RSD OR KROOKED KRAPISMA KINGS FANS ARE. JUST A MOVIE CRITIC OR GAME CRITIC.