My bootcamp student, now has two girlfriends. He is featured in Wayne 30: From Hardcase to Hero module 2. He got a blow job from this other girl. He got it in and now he has two girls. If you want to take a bootcamp from me in Europe. I’m not going to be there long, let me know. I’ll be in various countries getting same day lays. But I can spare some time if you really want to take a 5, 10, 15 day bootcamp or more. I’m not always in Europe. So use this opportunity to train with me at Wayne Dating Lifestyles with John Wayne.

(My rant) I showed him a ton of lay pics from videos. I’m a bit private with some of my lay videos or pics. But you can see one of them with the screenshot above. The other ones are more hardcore. They are all same day lays. Its the style I identify with most due to my circumstances. I remember when this student played the long game to get his first girlfriend. He followed my stuff aggressively.

Also, fuck Mystery Method and Fuck the domino effect or all these non testimonial producing methods in daygame. There is a saying, material beats method. A good material can beat any best so called scammy method. My material is Wayne 30: From Hardcase to Hero and Justin Wayne’s pickup mastery has similarities. Maybe he copied me. I released the product first. So who copied who? Or maybe I have a strong mind and I field test things split test across the world. Not just to my own circumstance. But my low circumstance is transferable because all my bootcamp students learn Wayne 30 calibrations on the first day. But I made a superior version that gets results, while his shitty product gets no results from students. I created that course or that type of social calibration course first. I always realized it wasn’t some bullshit personality enhancement, or some accurate facial expressions. That was field tested in 3 Months to Proficiency and it didn’t work. But it was the social calibrations that was everything.

If you want to say John Wayne copied, my system is a hybrid of every daygame system. Every piece is from somewhere else. Every line is from a different system and the structure was my own. I worked with Deepak Wayne when we both built the same structure because we had the same circumstances and same challenges. We both found this was the only way to get from point A to point B.

I posted my first interview with Deepak Wayne. I listed a fraction of the systems I taught and field tested. I couldn’t tell Deepak or the audience yet I was a professional dating coach for years before I met him. He already known this, but we just played a long. I insulted Justin Wayne’s system and Deepak cut out my words. I already knew it was shit because I taught it in 2015. Deepak taught it in 2015 6 months to mastery and it didn’t work. So we both had to create a new system. Justin Wayne’s shitty game produced 2 other Waynes trying to figure it out. This new personality enhancement bullshit is just more snake oil for dumb sheeps who are Justin Wayne dick riders with no results.

I used Justin Wayne’s 3 opener idea. Before that I have used Neil Strauss false time constraint in my famous excuse me, real quick, I have a question tester. False time constraint. My forced connection quotes was from Matt Artisan. I don’t think he is a good PUA, but his text game is not bad. I use some of it too, I use nuggets from every system. Roosh V daybang, although a shit system of indirect. I used getting the girl to ask me questions to emotionally invest. See I take pieces. London Daygame which I once taught for a living. I used their spicing, even Deepak used it. But Deepak Wayne’s timing. I use Deepak Wayne’s escalation ladder because I like you do you like me samepagology bullshit never works. I rewrote my own. But what you see now is the public version in 2016. I use a newer one I created with Deepak. Will be unveiled to the world in the immersion program. Instead of 3 steps, QFT, its now 5-6 steps. It engages both sides of her brain. If a girl doesn’t see you a boyfriend material, you don’t fit into that category, then romance will never work. I also use another white guys objections dealing system for years, but I modify it to work for Asians. It only worked for higher value white guys who are quite tall and her type. I couldn’t get it to work. I would say I take after Deepak Wayne more than Justin Wayne. We both play a verbal game and technical game. I have already systemized the expressions and vibe in 2017. 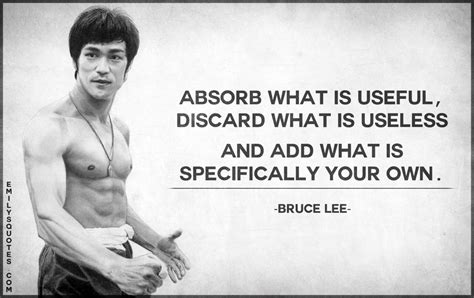 The best way to understand me is to compare what I am doing to Bruce Lee. Sure I have studied and modified every method. I put them together into a package that works. So studying my daygame system means you studied them all. Besides MMA or mixed martial arts is stronger than any one style. I don’t give a fuck about Justin Wayne’s method or Mystery. They don’t produce testimonials. Its like Wing Chung, or Bruce Lee’s first system from IP Man. It was rigid and rarely worked. When I am in the field testing every variable. Do I use connection first, how much vibe, okay if the student is calm here at social comfort then the girl ask questions. I tried every combination.

The years testing it in the field to have my work dismissed saying it is the Mystery Method. What if I come after the Mystery Method and make a video pointing out all the flaws. Mystery can’t even daygame like most night game coaches. I was in the field testing it. Mystery method steps needs to be overlay on top of each other and overlapped to make it work into a same day lay system. Besides, he is too aspergers and psychotic. Too rigid. I don’t think when i’m infield.

I don’t remember a single thing I taught when I am in the field doing daygame. I only vaguely natural it and sometimes a few lines come back blending into the daygame. I used to teach natural and direct game too. I know every style. Its the way its put together that works. We all use similar ingredients making dishes. But giving credit every time to French Chefs is misguided. Its how you use the same ingredients. Some can make 3 star meals and some can create a total disaster.

Do you even testimonial bro? The laziest excuse is other dating coaches doesn’t have time to post all their testimonials. That’s complete bullshit. If other Asian dating coaches has a student testimonial or results in daygame. They will post it all over facebook calling themselves the best dating coach in the world. Ummmmm, that’s my title asshole. Wayne Dating Lifestyles bitches, recognize.

FOR DELUDED PEOPLE WITH A CABBAGE MIND. HE NEVER HAD A GIRLFRIEND BEFORE. BUT HE MANAGED TO GET IT IN SO SHE KEPT SEEING HIM. HE AGGRESSIVELY CLOSED THE DEAL WITH THE ESCALATION LADDER. WHAT WE CALL THE GIRLFRIEND PROCESS. HE DID THIS TWICE AND IT WORKS. MAYBE THE GIRLS ARE ASIANS AND DOESN’T HAVE STRONG SOCIAL SKILLS THEMSELVES. HE IS ASPERGERS OR THINKS HE HAS ALL THE TRAITS. HE IS IN WAYNE 30 FROM HARDCASE TO HERO MODULE 2. HE VOLLUNTEERED TO BE IN THE PROGRAM IF IT HELPS OTHERS. HE NEVER HAD A GIRLFRIEND BEFORE AND A LOT OF PROBLEMS GETTING WOMEN. HE HAD A DARKER NEGATIVE VIBE ABOUT HIS DARKER COMPLEXION. I HAD TO DO A LOT OF WORK INNER GAME AND EVEN CREATE WAYNE 30. TEACH IT TO HIM. IT MADE ALL THE DIFFERENCE IN THE WORLD. NO AMOUNT OF PERSONALITY ENHANCEMENT ACCURATE EMOTIONAL BULLSHIT WILL REPLACE SOCIAL SKILLS AND SOCIAL CALIBRATIONS. INDIRECTLY TRYING TO PASSIVE AGGRESSIVE. PEOPLE SHOULD GIVE CREDIT WHERE IT IS DUE. NO AMOUNT OF PASSIVE AGGRESSIVENESS WILL CHANGE THE FACT I’M STATISTICALLY ONE OF THE BEST DATING COACHES IF NOT THE BEST IN THE WORLD. I MEAN EVEN IF THE PERSON ALREADY GAVE ME CREDIT IN A TESTIMONIAL CAN’T BACKTRACK IT. ALSO, THE WORLD IS BUILD ON PROOF. I HAVE EVEN MORE TESTIMONIALS THAT CAN BE DISMISSED, BUT YOU CAN’T ARGUE WITH RESULTS. THE WAY I SEE IT, I HAVE BEEN IN THE PUA WORLD 2 YEARS BEFORE MYSTERY SHOWED UP. CAN MYSTERY DAYGAME? ALSO DOES HE HAVE ANY DAYGAME TESTIMONIALS? OR MAYBE YOU DON’T UNDERSTAND HIS STRUCTURE OR YOU DON’T UNDERSTAND MINE. ALL CHEFS COOKS A STEAK THE SAME. ALL MARTIAL ARTS CAME ORIGINALLY FROM SHAOLIN KUNG FU. BUT TO CALL ME, BRUCE LEE LIKE PERSON ALL FROM SHAOLIN WHEN I’M TRYING TO CREATE A HYBRID, IS DELUSIONAL. ALSO I NEVER SAID I REINVENTED THE WHEEL, BUT I DID REDEFINE IT WITH PIECES FROM EVERY SYSTEM AND EVEN MY OWN. EVEN WITH FASHION DOMINATION. WHAT ARE WE GOING TO GIVE CREDIT FOR JUSTIN WAYNE AND MYSTERY METHOD FOR PEACOCKING? WHEN DO I GET THE CREDIT FOR BEING A BETTER TEACHER THAN THEM? I INVETED IT FROM SCRATCH.

THE DUMBEST IDEA I EVER HEARD IS I CREATED THE PROGRAM FOR MY PERSONALITY. UMM, PERSONALITY ENHANCEMENTS AND THAT SHIT IS BULLSHIT. I CREATED THE PROGRAM FOR MY ASIAN CIRCUMSTANCES. I MADE MY DAYGAME SYSTEM IN A WAY THAT EVEN A 5’4 ASIAN STUDENT WITH NO VALUE CAN GET LAID WITHOUT ANY MAJOR ADVANTAGES. THE ENTIRE THING IS A STRAWMAN ARGUEMENT THAT THE CABBAGE MIND OR THE DELUDED HAS CREATED. DISMISSING MY SUPERIORITY IN TEACHING GAME JUST DISQUALIFIES YOU IN THE EYES OF EVERYONE ELSE. ALSO, IF A PERSON CLAIMS ANYTHING WITHOUT BACKING IT UP, IT DOESN’T COUNT. I GOT TESTIMONIALS FOR THIS, OR THIS MANY STUDENTS PULLED ON THE BOOTCAMP, OR I GOT SAME DAY LAYS. SHOW IT. IF NOT, THEN DON’T TALK SHIT. THE MORE BULLSHIT DELUSIONS I HAVE TO DEAL WITH, THE MORE I HAVE TO DEAL WITH MORE. THEN IT MEANS MORE DRAMA AND BULLSHIT I SHOULDN’T HAVE TO DEAL WITH. AT THE END OF THE DAY, DID I MAKE A POSITIVE DIFFERENCE IN THE WORLD? YES, I HAVE ADVANCED GAME AND FASHION AND COACHING SUCCESS. HAVE YOU HELPED THE WORLD? OR MADE IT A NEGATIVE DELUDED, FUSTRATING PLACE OF NEGATIVITY? WOULD THE WORLD MISS YOU IF YOU WERE GONE? THAT’S A QUESTION, ARE YOU A SHIT STAIN OR SOMEONE OF VALUE THAT CAN HELP OTHERS SOLVE THEIR DATING PROBLEMS? OR JUST FULL OF HOT AIR? SPEWING OUT BULLSHIT? I THINK WE KNOW THE ANSWER.