Lots of stuff to read, hope its compelling enough but i’m trying to make some difficult points. I don’t know if I have the right words for it

I didn’t need to because I have more students laid than every daygame coach in the world combined. Blue Ocean Strategy. Its my fucking ocean and its uncontested. NO MOTHER FUCKER CAN GET 400+ TESTIMONIALS LAID AND PULL, NO ONE.

Its hard to beat that positioning because even if you think you are good, you have 15 students laid from your coaching or less for daygame. You can’t beat a number like 400 in your lifetime.

I don’t operate as if there was any competition. I never even looked at their price. I had my own market and I didn’t give a fuck if you didn’t like the prices. People gets results.

PEOPLE COME TO ME, NOT THE OTHER WAY AROUND

The scary thing is, it is consistent. I only have less students than before, but i’m getting even more results. The students are converting like crazy.

I still have a few impossible cases here and there, perhaps I should remove them. I’m sorry dude, if you guys or few excuse makers doesn’t actually apply shit, then make more excuses, i’ll fire you from my coaching and tell you to fuck off. Seriously. What the fuck is wrong with you. Cowards.

BACK THEN WHEN I STARTED OUT

I taught for cheaper local Vancouver guys. I got most of them laid, I was a prodigy. But the ratio wasn’t 97%. It was still the highest in the entire industry, I was a natural at it, gifted but wasn’t as high. They were closing more with number closing rather than same day lays. I was still field testing it with every combination.

There I was, a dating coach trying to teach clients for free or cheaper to get some teaching experience back then. I stole clients from another coaches meetup group and got most of them laid. Well back then outside the Asians they had so less SMV and social skills.

The thing is, at the time I wanted to be getting more Asian clients in Vancouver for bootcamps. I definingly had some, but they were cheap.

The big problem was that they love to fail with a tall handsome strong Asian dating coach or RSD.

The clients they get always quit daygame in 3 weeks. They are like creepy and say fuck it, its too hard, lets go to night game instead. Lol, 3 weeks only? Lol. Does your vagina hurts?

Most of my local students are the ones who are dressed well, they come in and bang all the women. Gets a fuckbuddy or girlfriend and they exit the game in a long term relationship. But you dumb fucks who pays RSD 5k, all fails. Idiots…

They will however pay other tall handsome Asian dating coaches anything they want and RSD.

That meant not being able to help my fellow Asians in daygame, which they are not getting any daygame results and quitting daygame in a few weeks

If they got results, it wasn’t in Vancouver, but flying to Thailand, or it was night game. Or they suck off RSD

A lot of the local tall handsome strong Asian dating coach was trained by RSD and he single handly extracted so much money from sociopathic Asian men and got them no results for many years.

Even if these Asian guys won’t train under me,  whatever.

I THINK ALL THE OTHER VANCOUVER DATING COACHES BUSINESSES ARE DEAD

Vancouver is tough, people thinks New York is tough? This is a killzone for daygame and requires a lot of social skills and lifestyle too, not just daygame. Which may shock some people. Honestly people who are thinking about moving to Canada should go to Toronto instead.

I knew the other coaches won’t survive since day one and with so much student results, I knew they didn’t stand a fucking chance, no matter how professional they acted.

BUT THE DUMB ASIANS ARE STILL GOING TO RSD… fml

It ain’t worth shit, honestly

It doesn’t bother me one bit, I never had to depend on Vancouvers market anyways.

I was thinking about lowering prices for a bit because the currency is worthless.

I work in USD and CAD is so much less.

Imagine eastern Europe. You work there but you can never get ahead of the economy and rent is expensive depending on the median income.

BUT MAYBE I SHOULD KEEP THE PRICES OR RAISE IT FOR BOOTCAMPS. BUT GIVE YOU ONE EXTRA DAY. 3 DAYS IS MANITORY OTHERWISE. KINDLY FUCK OFF

I can say this because I have 400+ laid/pull testimonials. Its mostly lay this year.

YOU DUMB FUCKS WILL PAY RSD ANYTHING THEY ASK, EVEN 5K. BUT I ACTUALLY GET STUDENT RESULTS SO MAYBE I SHOULD CHARGE THAT MUCH

My students who can afford it usually has decent jobs. Are very technical minded.

ITS NOT JUST PRESELECTION, BUT LIFESTYLE TOO THAT YOU NEED TO DHV HERE

This is not an easy place, you have to adapt. Its like harder than new York, has the snobby behavior of London, plus it has the status lifestyle shit of L.A. Its a good training area for tough game, but just move to Toronto, fuck this place. I was just born here but I’m most likely going to travel more. I am a global empire, not in one place.

Unless you have some yellow fever, you are tall white dude then it doesn’t matter

back to the story

I get clients from all over the world flying into Vancouver about being an international dating coach vs just a local one!

Red ocean means it is infested with sharks and people fight for scraps. But I didn’t need the local market as much.

Instantly it became crystal clear to me how to get clients laid from all over the world flying in vs local market people who can’t even afford my coaching and automatically goes to RSD or other coaches, because I saw I don’t even need to focus on the local markets even if all the other PUA dating coaches already quit.

PARTIAL SOLUTION: My plan was to start selling my John Elite Bundle so it is less work to get students laid if they can’t fly in.

The reason I had Skype coaching was I didn’t feel like flying over to you for business right now. I can still train you well online and less work for me. Its a great deal.

This month I am selling quite a few copies. I just sold a bundle without Skype. I didn’t remember I made that option but okay…

So I started teaching daygame online. But I didn’t stop there.

some of the students who had problems with daygame will still come to train with me one on one in bootcamps.

THEY REALLY LIKE THE PRODUCTS, THEY NEED A STARTING PLACE THEN THEY NEED JUST A BIT MORE HELP, A BIT MORE ONE ON ONE TRAINING

After that, I got more and more students laid or pulling on the bootcamp.

Building on that success, I decided to that it is better to focus on the international market vs local, even though I have a lot of local students

I call it “John Elite Bootcamp”.

There are 4 parts, I should actually stop being lazy and edit part 5. You can get an idea how I conduct the bootcamp. I’m pretty chilled but I can also be firm, if you don’t get shit done properly.

Dude has got 2 same day lays so I guess that’s suppose to be good, also 2 pulls.

Its not like a white dating coach making shit up, then saying I got this results and everyone turns into sheeps submitting. Prove it, not evidence, but prove it.

With the John Elite Bootcamp I can now get 97% of students pulling, or laid. Even if it happened before the bootcamp training before they come, during and after!

Its all filmed, unlike white dating coaches who self proclaims shit. I can talk shit because I can back up shit, idiots. Lol

If you have no student results, shut your fucking trap

I got so many bootcamp clips, I don’t know how to even edit them all. Should I pay a video editor or something to edit them?

OFFER FOR NEXT MONTH

SHOULD I MAKE AN OFFER? I’M NOT SURE. BUT STARTING NEXT MONTH TO END OF THE YEAR. BOOTCAMPS, YOU HAVE TO TAKE 3 DAYS MINIUM IF YOU ARE IN VANCOUVER, THATS 3K CAD.

I know is expensive, but I will give you another day for free for the 4th day.

But John, Daygame is in a decline, its too expensive.

TOUGH FUCKING LUCK DUDE. I’M IN MY OWN BLUE OCEAN CATEGORY. I RAISE PRICES MORE PEOPLE WILL TAKE IT BECAUSE THEY WANT RESULTS. I EVEN GET BETTER QUALITY OF CLIENTS WHO DOES IT WELL AND STOPS COMPLAINING

Most of my bootcamp clients flies in from all over the world. I mean you will pay RSD 5K and 3k is expensive?

Get some fucking self esteem dude. Seriously, you will be forced to dress better, raise your self esteem and SMV.

Then I hear fucking excuses I wish I took your bootcamp instead of XYZ bootcamp, now I have no money.

Tough, fucking luck, if you can’t make money, most likely you don’t have much social skills anyways.

I’ll rewrite the sales letter on this page soon. I feel it could be better. I don’t pay others thousand to write it, I write everything myself.

I acknowledge 3k is very expensive, but first, i’m the only dating coach left, second fail with RSD or succeed with me? You don’t have to like me, just do what I say, get laid, you get results, I filmed it, I get more business, fuck off and ghost me as usual.

I don’t care. It happens. People doesn’t like me, fine, they just want to get results like i’m the fucking dentist, whatever. Fine with me.

Once their pain is gone, its fixed, then they keep a distance.

I’m like steve jobs, I really don’t give a fuck about your opinion, I have the vision and forsight to strategically see things. I knew all the other coaches will fail and I won’t. I’m pretty fucking smart. Thank god for my 175 I.Q.

STEVE JOBS IS TOUGHER THAN I AM, HE WOULDN’T PISS ON YOUR FACE IF IT WAS ON FIRE. HE DOESN’T CARE.

We are both innovative and comes up with new solutions. It can’t be replicated, no one has our brains. I figured out so many solutions to daygame that I haven’t even released most of the technologies on purpose. 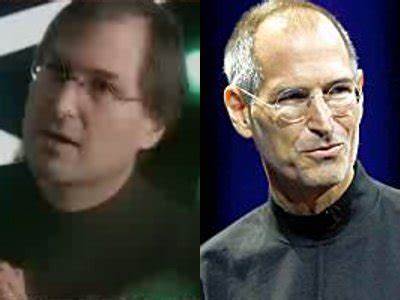 What if other dating coaches reverse engineered my fashion sense? Then students have it easier? Or other things? What then? Still get the bundle now.

For the Elite Playbook, dude its almost the end of the month. I will make you pay full price next month, too bad. I’m trying to save you some money. Doesn’t change my life one bit if you buy or not. But I wanted to help.

I might of charged too cheap for the playbook.